I have installed LDOCE5 viewer on Ubuntu 20.04 as described here. In summary:

Now the software can be found in the installed applications (press Super key and search for ldoce5).

The installation is successful and the dictionary is mostly functional. The only issue is that clicking on a sentence or word’s pronunciation does not play anything. The sound-related part of the software is in the following file:

I tried to debug the issue and confirmed that: 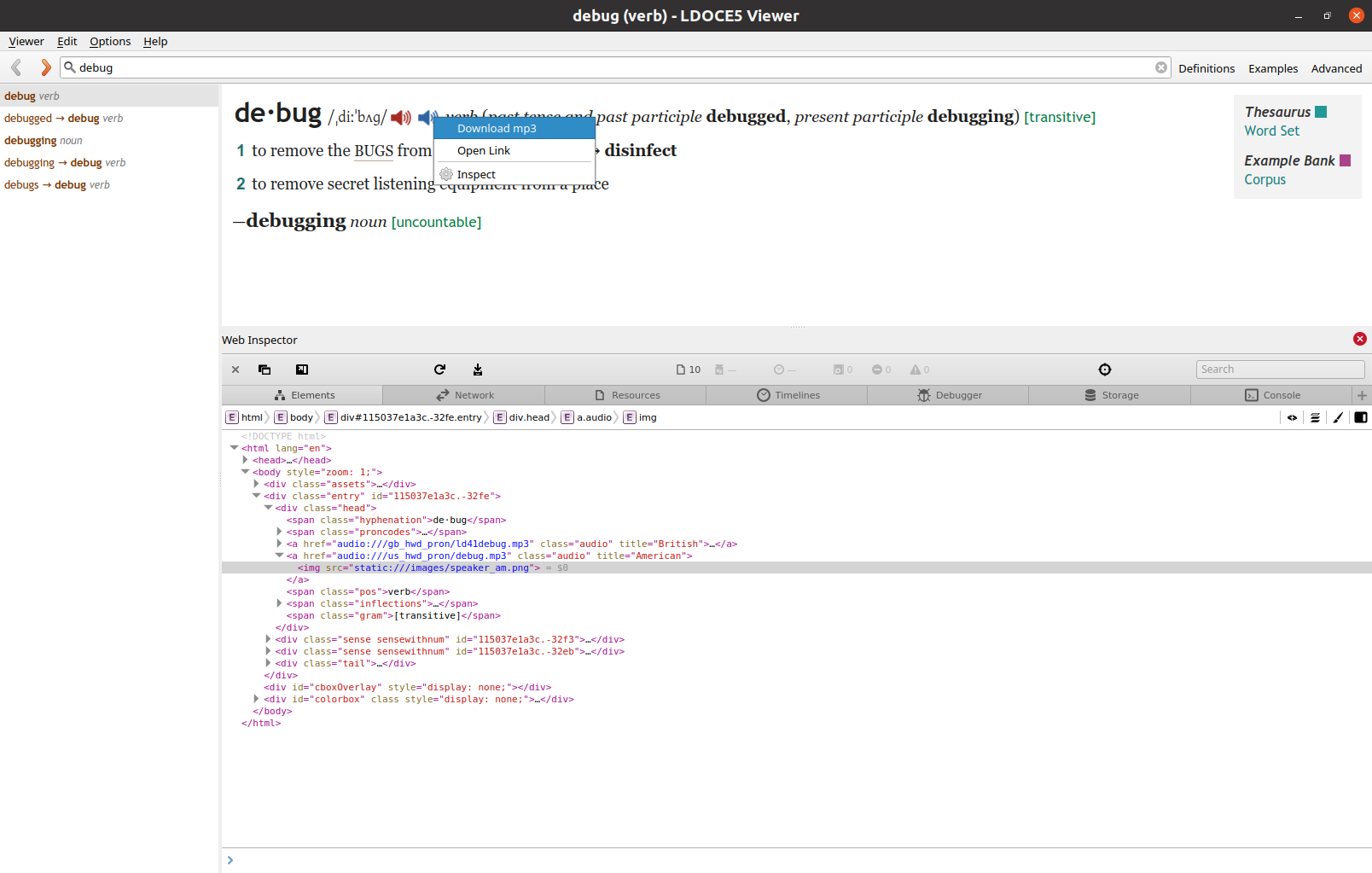 I just don’t know why the sound is not playing when clicking on the sound button (blue or red icons). Each time I click on one of them, the play method of the GstreamerBackend(Backend) class in soundplayer.py is hit. There is no error and I could confirm that the last line of the method (self._player.set_state(Gst.State.PLAYING)) is also reached. I could not go any further in my investigation of the issue. I appreciate any help to fix this.