Among the seven frieze patterns, there are two, whose symmetry group is infinite cyclic.

For example, one may see first two in picture below (Ref: Gallian’s book on algebra, Chapter on Frieze Groups and Crystallographic Groups) or in the link here.

The two frieze patterns with cyclic symmetry group are obtained as follows:

(1) Walk only by left foot in a straight line; then the pattern of foot-print is a frieze pattern.

(2) Walk as usual in a straight line; then the pattern of left-right foot prints is a frieze patterns.

Question: What is correct geometric way to distinguish these patterns? These patters are generated by repeated application of generator of symmetry group to a single foot-print (in positive and negative directions).
For first one, it is just translation. For the second pattern, we repeatedly apply glide reflection.

Since, these patterns are one dimensional, so I was unable to compare translation and glide-reflection because they are different as motions in “2-dimensional plane” (orientation preserving-reversing). 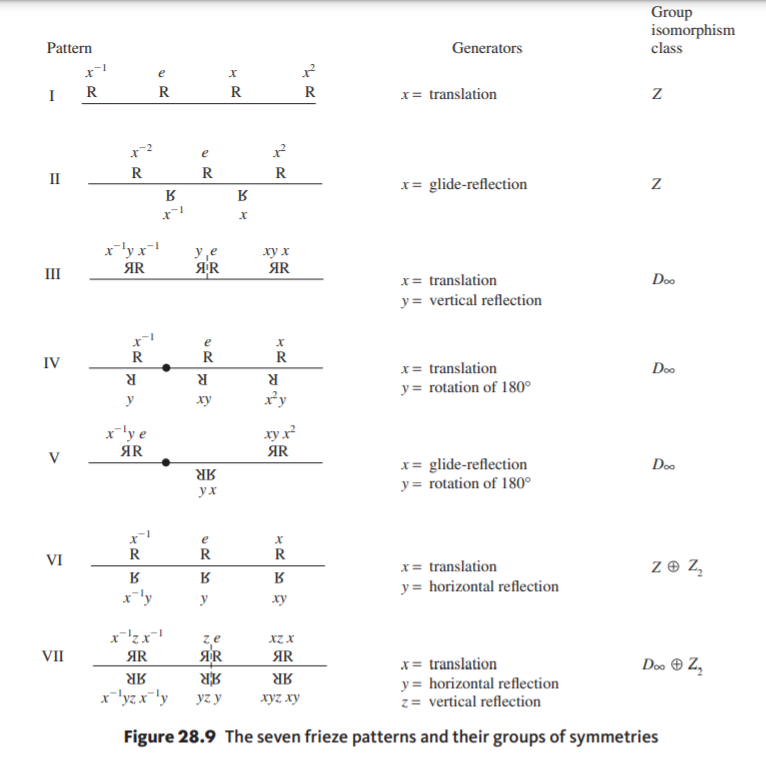