One can see that the elementary cobordisms corresponding to $k=0$ are all equivalent to taking the connected sum with $S^1 times S^{d-1}$. This is illustrated in dimensions 1,2 in the image below. And I think that in the $k=0$ unoriented case where we glue in the two $S^{d-1}$ copies with opposite orientations, we can think of it as taking the connected sum with $S^1 tilde{times} S^{d-1}$, i.e. the twisted $S^{d-1}$ bundle over $S^1$. (For $d=2$, this means connect summing with the Klein bottle).

My higher-dimensional visualization skills are failing me at the moment, so I was wondering if there was a way to realize any elementary cobordism as a connected sum with some appropriate manifold. Does the answer change if we’re considering unoriented bordism? Spin/Pin bordism? G-bundle bordism?

I phrased the question open-endedly since I haven’t seen many places go into depth about this concept. I believe these elementary bordisms can be thought of via putting a Morse function on the bordism geomety. Any other illuminating ways to think about elementary cobordisms would be appreciated! 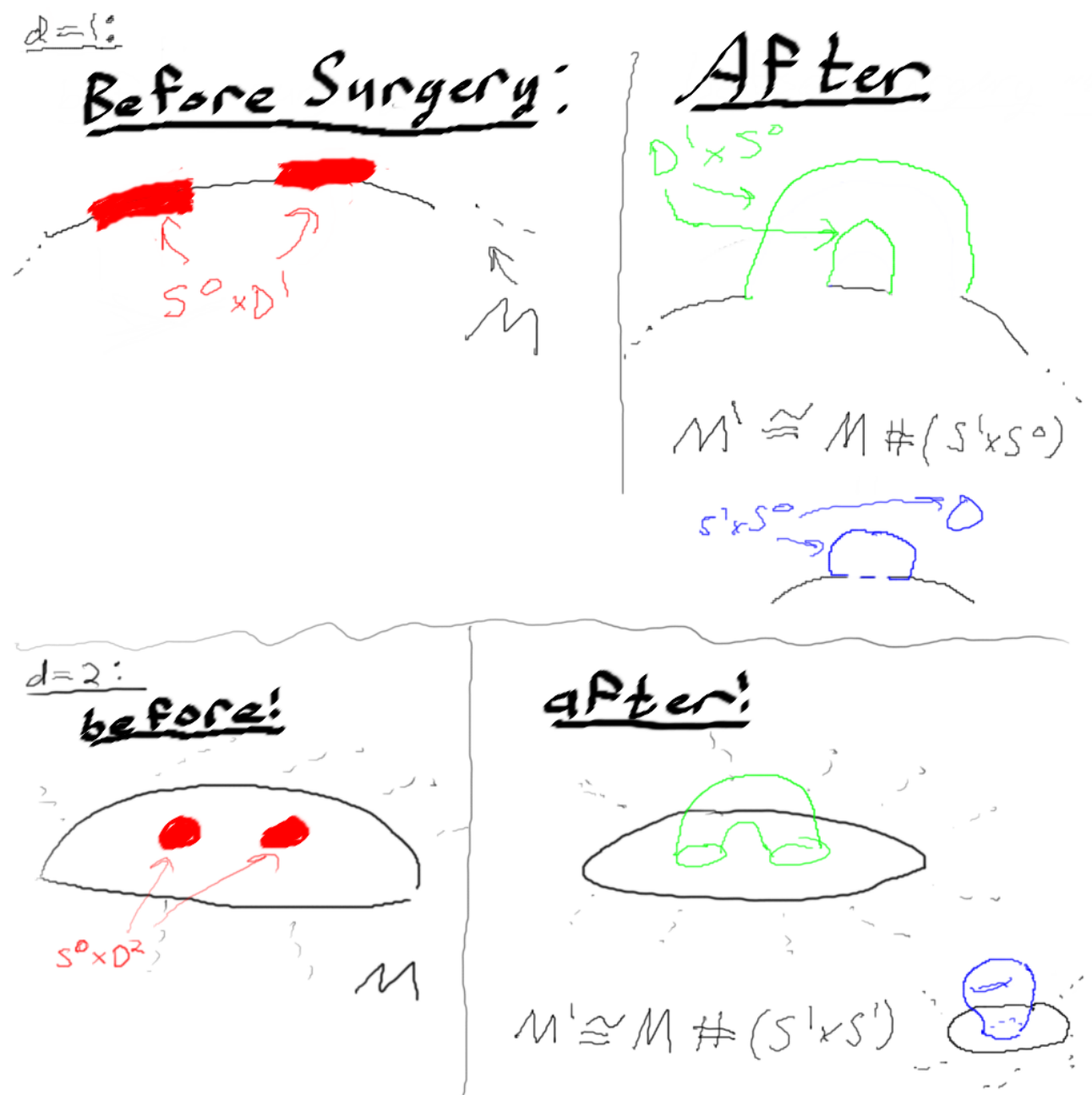