I’m trying to implement a simple algorithm that will sort segments by their angle based on the given angle range. Each of these segments has one common end. These sorted segments will be later used in another algorithm that will generate triangles in order to keep track of road completeness.

Each segment has its angle relative to x-axis with a range from 0 to 360 degrees. Each segment is described as two points with x and y coordinate each.

In order to keep track of road completeness (when a user drives a vehicle), I generated additional segments – checkpoints (marked as red) which later will be used as triangles. Checkpoints are generated from the inner segment’s first point. The checkpoint always has the beginning connected to the inner segment and the end to the outer segment. Please checkout the exemplary road map. 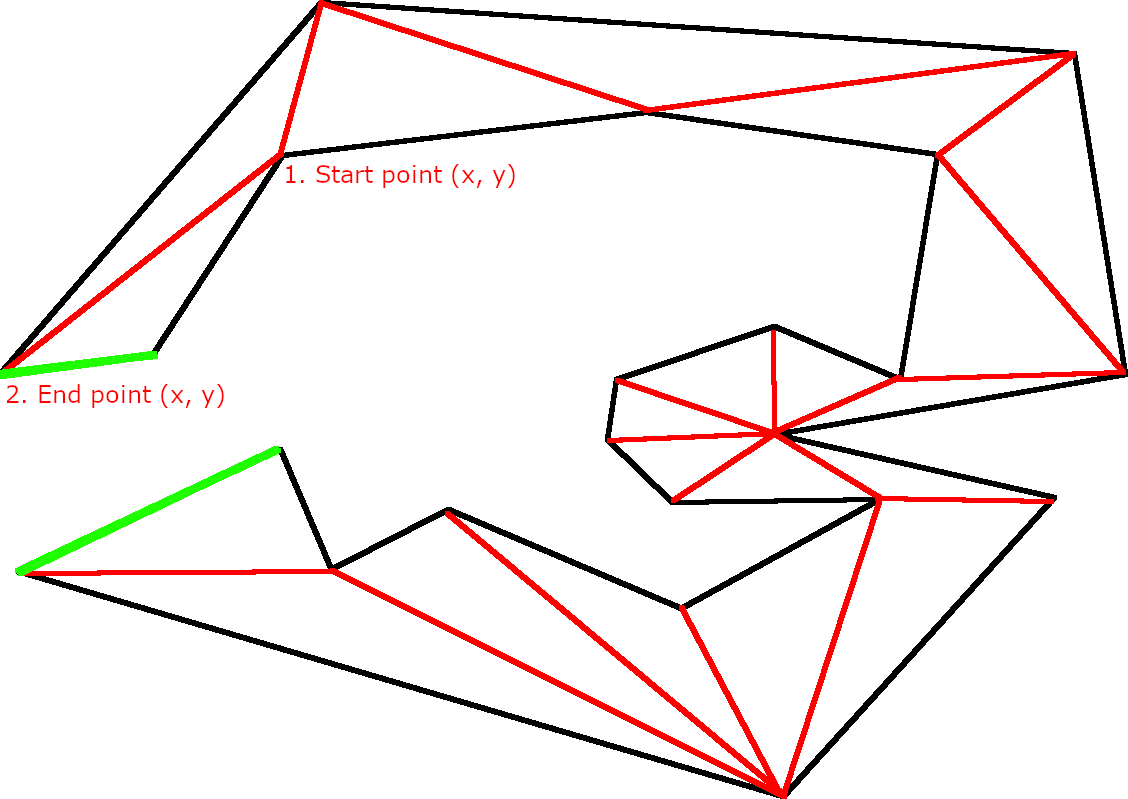 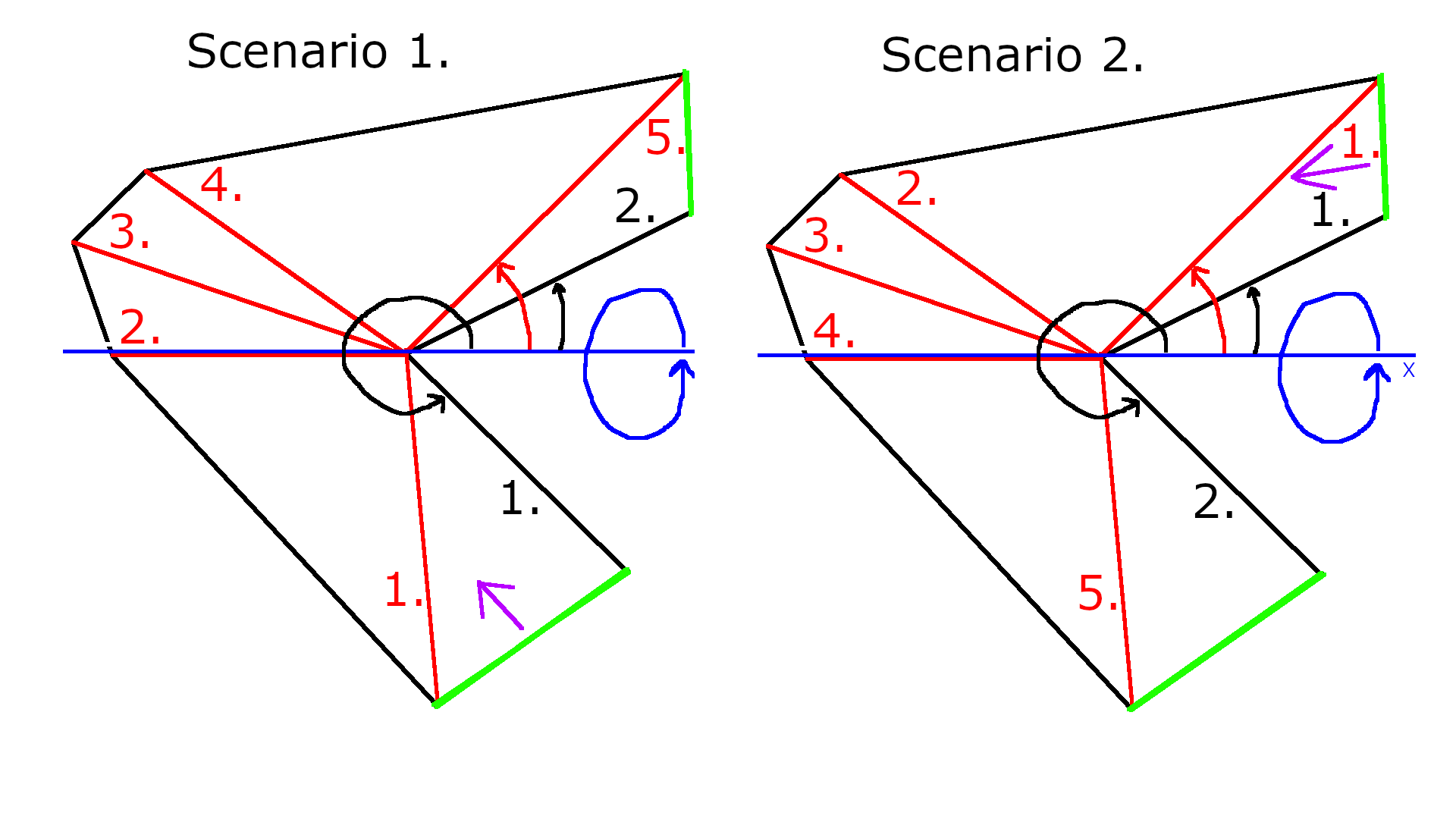 The biggest problem I encounter is the changing angle from 0 to 360 degrees. I already tried to measure angle difference and I’ve sorted angles from the smallest to the greatest but it only worked in some maps. I think that the order of the inner segments matter in this case.