I wanted to create my spawn points for NPC’s and also the player inside my 3D modelling software. So when I import each level, it has its own set of spawn points already built in.

This seems to work fine for me so far. But I had intended to use the FindObjectsOfType function. The problem is its important that I set the points in order (ie. spawn1 at bottom … spawn 4 at top).

My problem is that the first element in the array is not my ‘spawn_1’, in my case here it is actually spawn2 first.

This is my hierarchy: 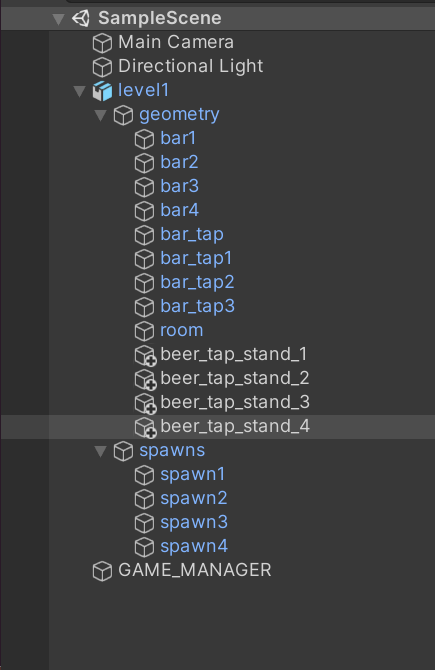 beer_tap_stand 1-4 are the spawn points in question at the moment, as you can see they are in order.

Then i have this code trying to spawn the player at ‘beer_tap 1’ :

I need a way to guarantee the order, but I can’t just drag them to the script as I have multiple levels.