I’m trying to develop an the algorithm for the problem:

The cat-and-mouse game is played by two players, “Cat” and “Mouse,” on an arbitrary undirected graph. At a given point, each player occupies a node of the graph. The players take turns moving to a node adjacent to the one that they currently occupy. A special node of the graph is called “Hole.” Cat wins if the two players ever occupy the same node. Mouse wins if it reaches the Hole before the preceding happens. The game is a draw if a situation repeats (i.e., the two players simultaneously occupy positions that they simultaneously occupied previously, and it is the same player’s turn to move).

In other words, we have to decide: HAPPY-CAT = {<G, c, m, h> | G, c, m, h are respectively a graph, and positions of the Cat, Mouse, and Hole, such that Cat has a winning strategy if Cat moves first}.

I came across this algorithm:

But I’m having difficulty envisioning the first step. For example, in the picture below (where cat starts at 1, mouse starts at 5, and the hole is at 10), cat wins at vertex 4 in two ways: 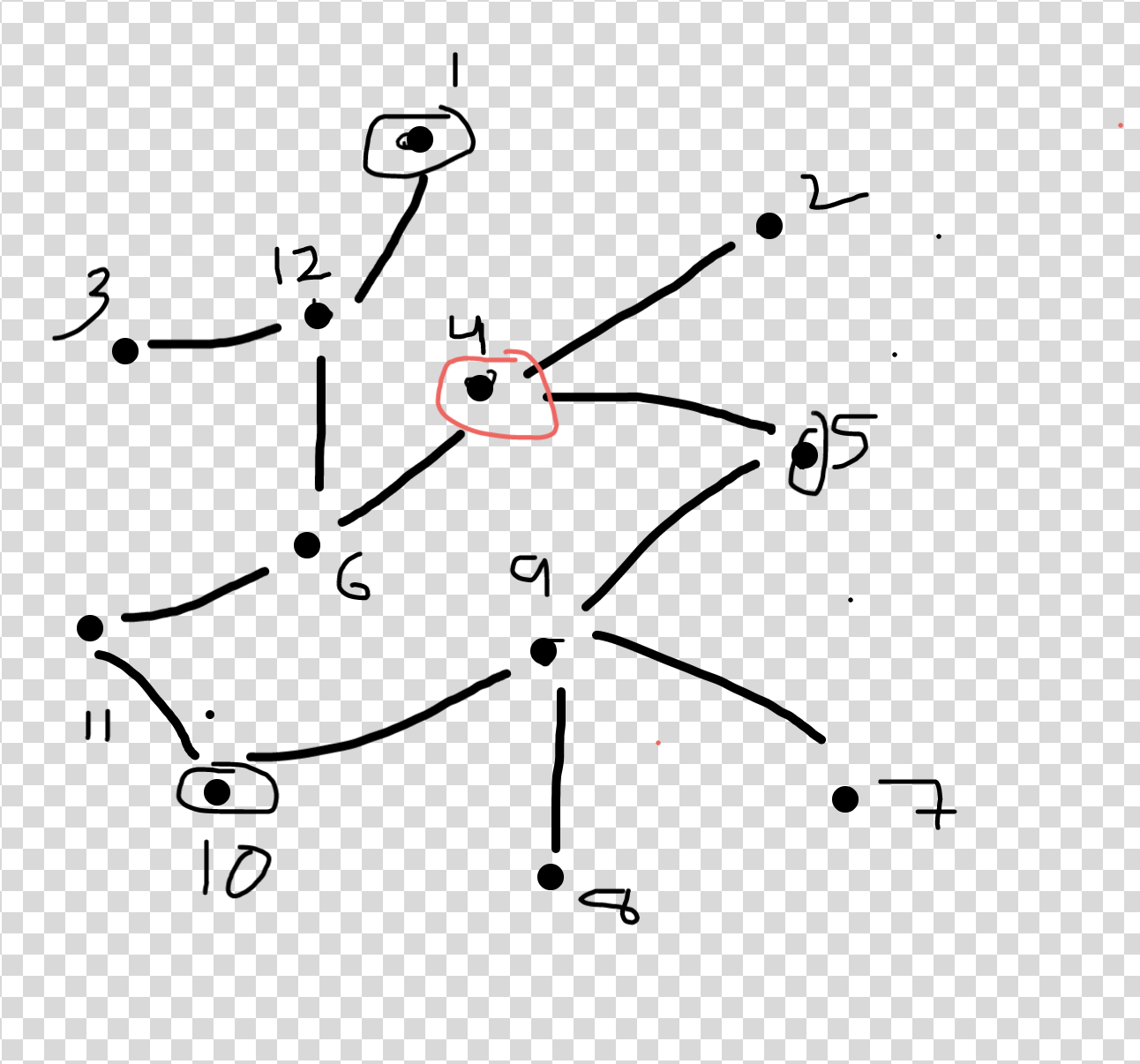