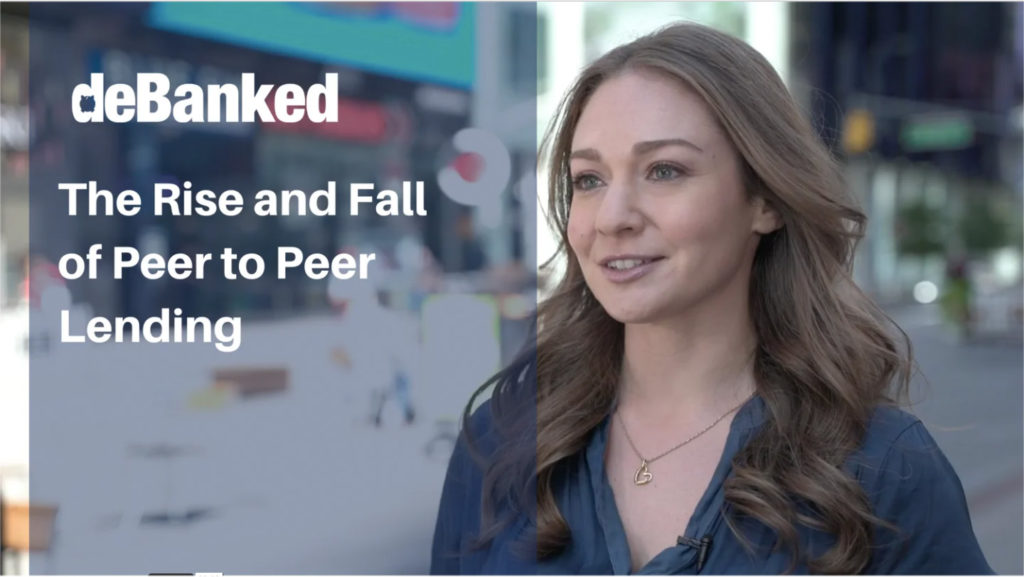 October 30, 2020 – deBanked® has released a short 7-minute documentary on the rise and fall of peer to peer lending. The video, which puts a strong focus on the journey of Lending Club and its rival Prosper, was produced to mark the end of an era. Lending Club, for example, announced it was terminating its retail investor note platform this year.

The story is told largely through the personal experience of deBanked chief editor and president Sean Murray, who says he made his first small investment on a peer to peer lending platform in January 2014.

“Does peer to peer lending still exist in the United States? Kind of,” said Murray. “But the golden age of it is long gone.”

Murray bases his experience on personally acquiring more than $100,000 of peer-to-peer lending notes over several years, writing extensively on the subject, and also from having attended more than a dozen business conferences related to the phenomenon.

“We made this video short on purpose,” Murray said. “There’s so much to tell but we wanted to keep it simple.”

The video can be watched free at https://debanked.com/tv/.

About deBanked
deBanked® is a registered trademark of Raharney Capital, LLC. The company is based in Brooklyn, New York and was founded in 2010. For more information, visit https://debanked.com or email info@debanked.com.