In what appears to be yet another useful feature Google has apparently and quietly removed, viewing Google’s cached versions of websites appears to now be impossible. Their documentation is predictably obsolete, as a “down arrow” no longer exists in Google’s results, and the new three-dot widget pulls up an “About this result” “beta” feature that as far as I know I didn’t sign up to be part of. 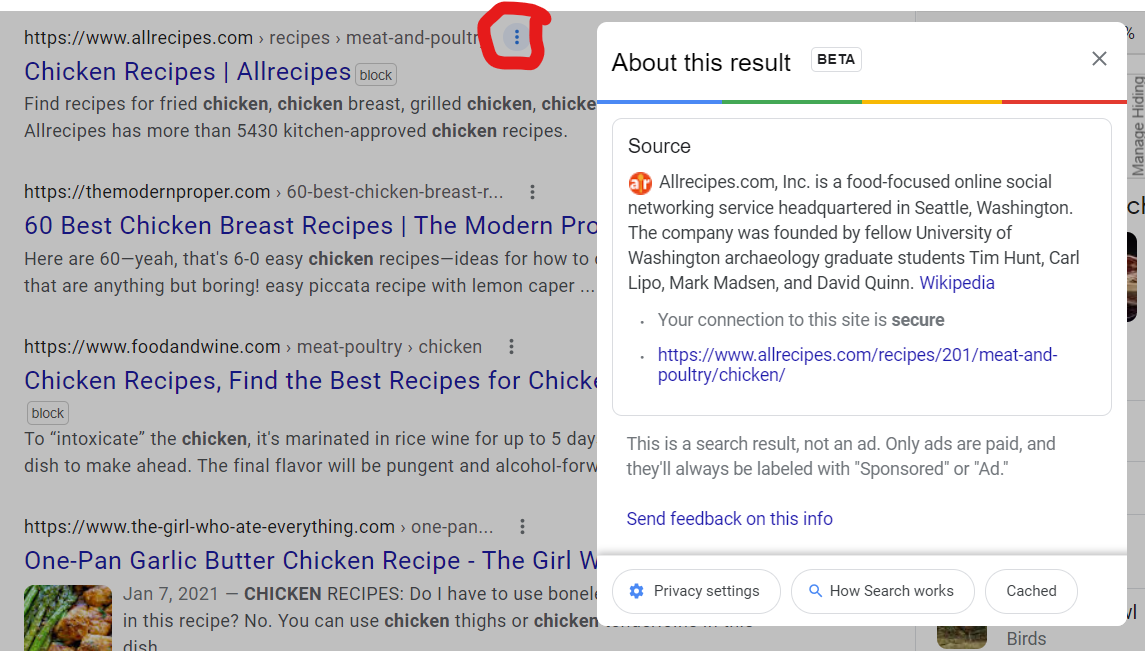