Gnome version according the Settings app’s “About” tab: 3.36.8

When I press the super key, or activate the hot corner, the “dash” comes up, where I can search for apps, settings, documents, and more: 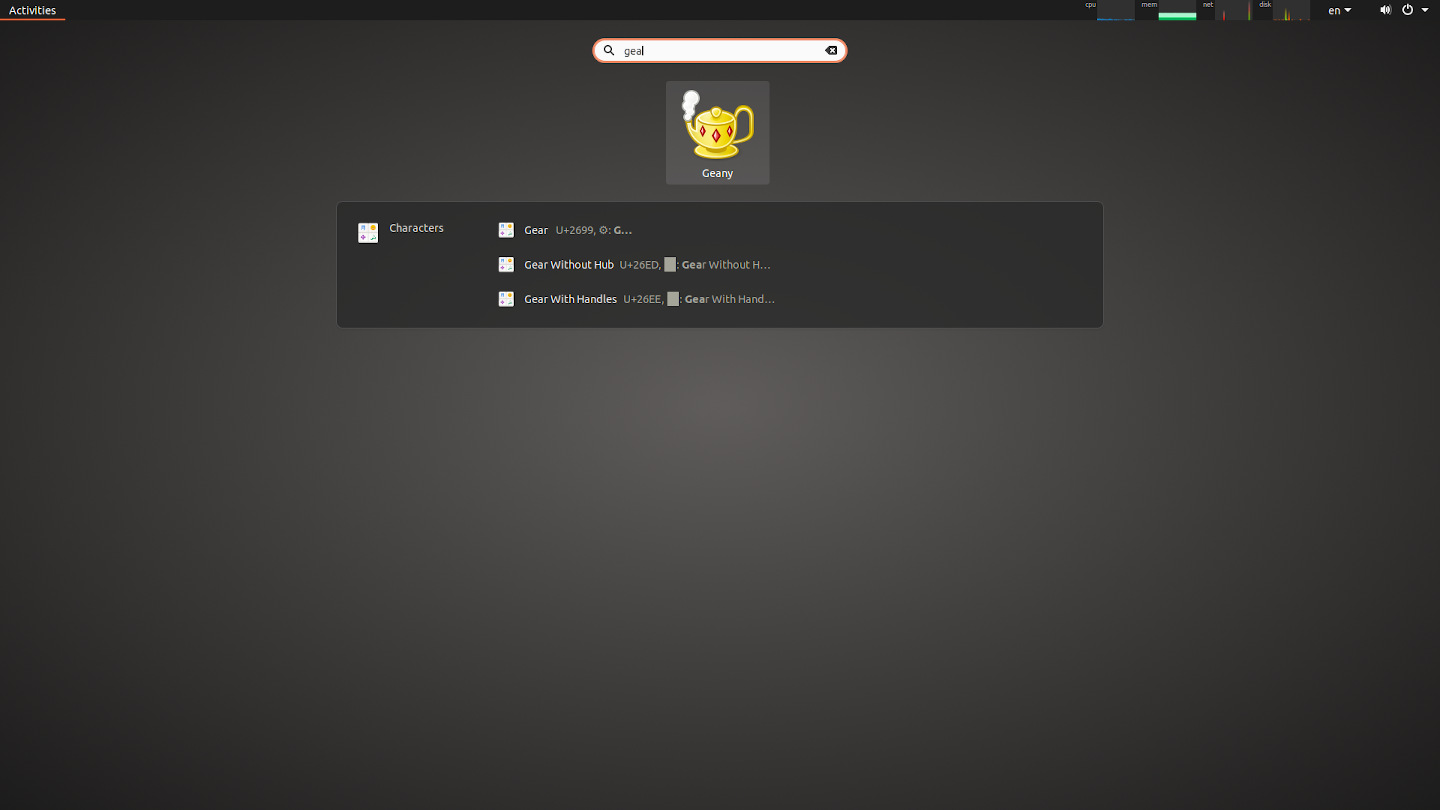 I find this overlay too dark compared to how my desktop normally looks; each time I open it, I find it a tiring exercise for my eyes to adjust.

I would like to make this overlay somewhat lighter / brighter.

I have looked into the settings in org.gnome.shell.extensions.dash-to-dock with dconf-editor, but I have not found anything for it. (I have not enabled the “Ubuntu Dock” additional Gnome shell extension in Tweaks.)

Then I copied the Yaru theme from /usr/share/themes/ to ~/.themes/, and activated it with Gnome-Tweaks.

In ~/.themes/My-Yaru/gtk-3.20/ I have exported the true content of, and overwritten the file gtk.css with

Now, instead of the original single line of import statement, it has 12637 lines of CSS in it.

I did try to identify the CSS selector of the dash overlay, but I have not found anything. Then I was looking for declarations of radial gradients (because this overlay seems to have a radial gradient on it), but what I have found seems unrelated to this overlay.

What can I do now? Am I on the right track at all?

If yes, how could I enable a Gnome debug mode that — comparably to web browsers’ developer-tools — would interactively reveal the CSS selector of the dash overlay?

If this is not the right direction, then how could I achieve the goal — preferably without having to install an entirely different theme?