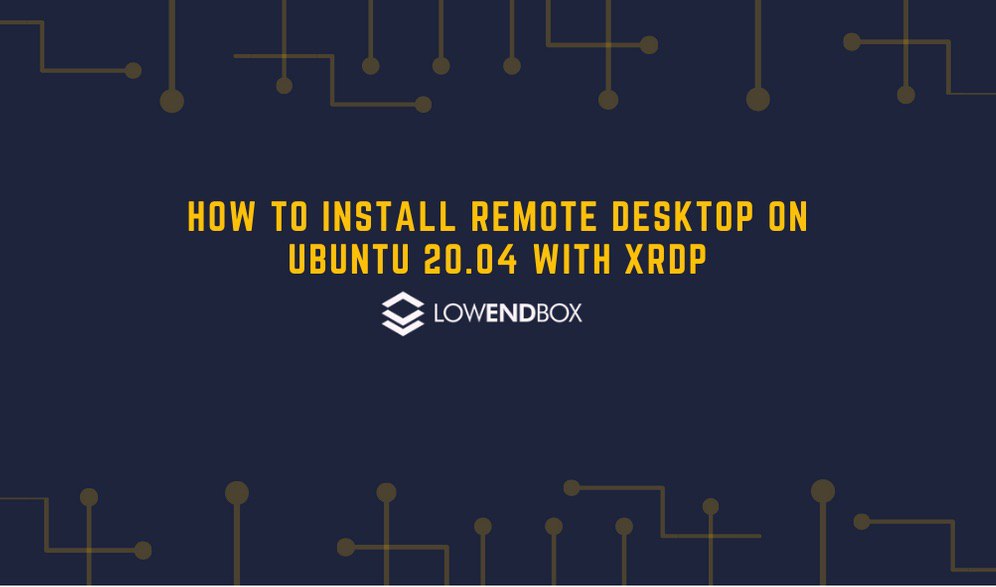 In this tutorial we will be showing you how to set up a remote desktop on your Ubuntu 20.04 VPS, using the XRDP software. XRDP allows you to graphically access your remote Linux servers. RDP is used to access a remote server through another computer, just as if you are using it locally. XRDP is a handy tool as it provides useful features such as two-way clipboard transfer, audio redirection and drive redirection.

The RDP protocol is also safe to use for sensitive data as it is encrypted with TLS.

In this guide, we will instruct you on how to install and setup XRDP on your Ubuntu 20.04 server.

Most of the Linux servers do not come with a graphical desktop environment. Instead, they are used via the command-line.

There are a couple of different desktop environments available for your server. These are already present in the Ubuntu repositories, so you don’t need to download anything. We will show you how to install Gnome and Xfce on the server.

After running these commands, it might take some time to get everything installed.

The Xrdp comes loaded in the default Ubuntu repositories. Thus, you don’t need to download it. To install Xrdp, run the following command:

After the installation is done, you can verify it by running the following command:

If the output shows the status of Xrdp, then the installation has been successful.

By default, the SSL certificate key that Xrdp uses is only accessible to the members of “ssl-cert” group. To add Xrdp to this group, run the following command:

Now, to get everything working, we need to restart Xrdp with the following command:

After this, Xrdp is installed and working on your Ubuntu server.

Now, it is time to configure the firewall to allow access to remote connections.

You can also allow access from any IP address with the following command; however, it is not recommended due to security reasons:

Have you successfully set up remote desktop on your Ubuntu 20.04 VPS? Please leave any questions, feedback or comments down below!