Imagine you have a simulation in very large coordinates, and to render it out you need to scale it down (say, solar system -> fitting inside a few thousand units). This is controlled by a float multiplier that you can increase/decrease at runtime.

Additionally, imagine that you have a point in space that can move around, which acts as a kind of “shifted origin”, such that objects near that point will be rendered as if they’re near the true origin (0,0,0). In this ‘example’, that may be the player/camera position.

Note: this shifted origin point itself is not in render scale – i.e. it is in the ‘simulation scale’ so you could decide to do something like “shift and scale the solar system around planet X’s position in the simulation”.

So we need to:

Here is the result, where green sphere is (0,0,0), red sphere is this ‘worldOrigin’ / shiftPos, i.e. (1000, 1000, 0) in the above example, and the white spheres are the objects that ‘should’ be scaling around green. (Ignore the blue sphere and the text – was a leftover). Shown is what happened when I pushed the scale down such that the translation of each white sphere was very small – they converged on -worldOrigin (inverse of red), and when I started increasing the scale, they moved towards and past the red. I am unsure of how to get them to scale centered around green (expand/retract out/in to it). 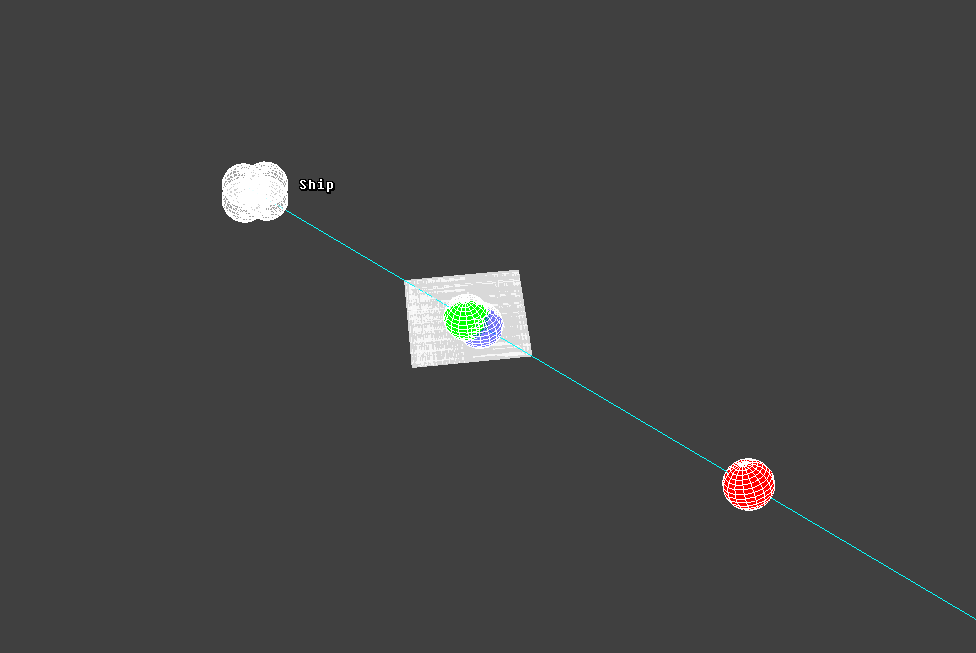