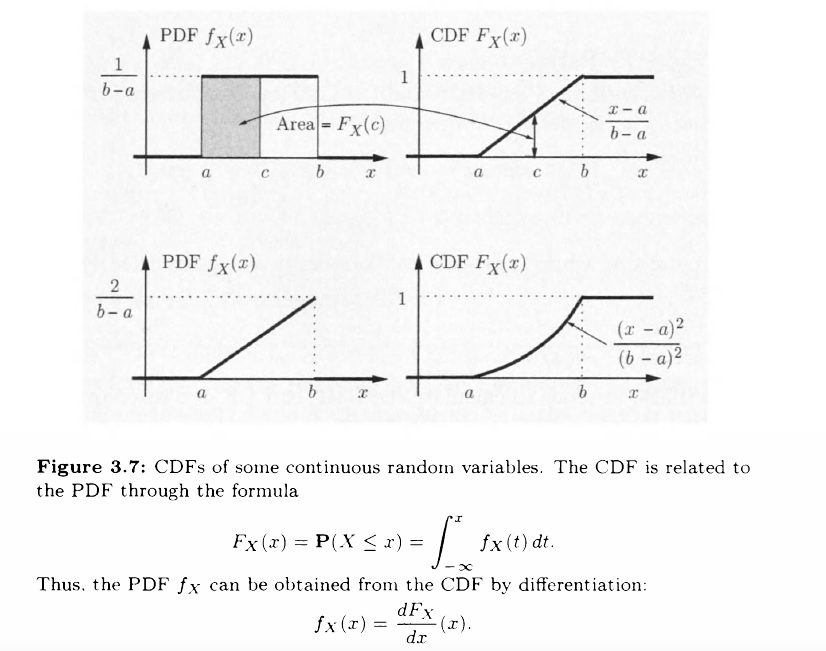 Chapter 3 of the Bertsekas probability book (on continuous r.v.s) has this figure and captions, describing how a CDF is determined by integrating a PDF. The top example of a uniform r.v. on (a,b) is clear; integrating the PDF shown produces the CDF. But the second example, with a very similar PDF shown (but with a 2 in the numerator), produces the square of the other CDF.

The function looks like a translated version of y = 2x, so a square in the integral makes some sense, but I can’t quite connect the dots fully to come up with the CDF shown to the right of that diagram.

Can someone explicitly derive the second CDF from the PDF in that case?