The neighbourhood of a node in a graph is just the set of its immediate neighbours. You can make a subgraph out of it by linking the node with each of its neighbours. 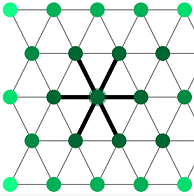 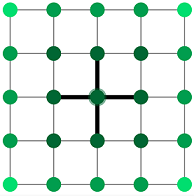 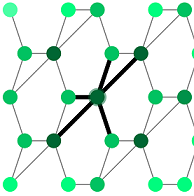 You can add some structure on this subgraph by linking also those neighbours that are themselves neighbours: 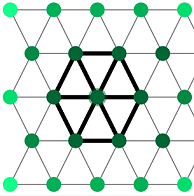 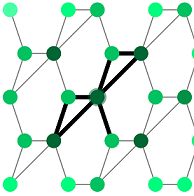 Finally, you may add nodes at larger distances from the central node, but only when they lie on minimal cycles: 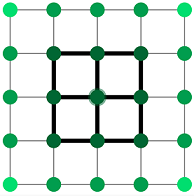 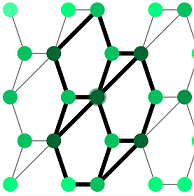 What’s the official name of the so-defined “neighbourhood complex”? For tilings the neighbourhood complex of a node is essentially its vertex configuration, but what about the general case, especially of non-planar graphs where there is no order of faces?