I have a server and a firewall in a cloud environment, the details are as follows, 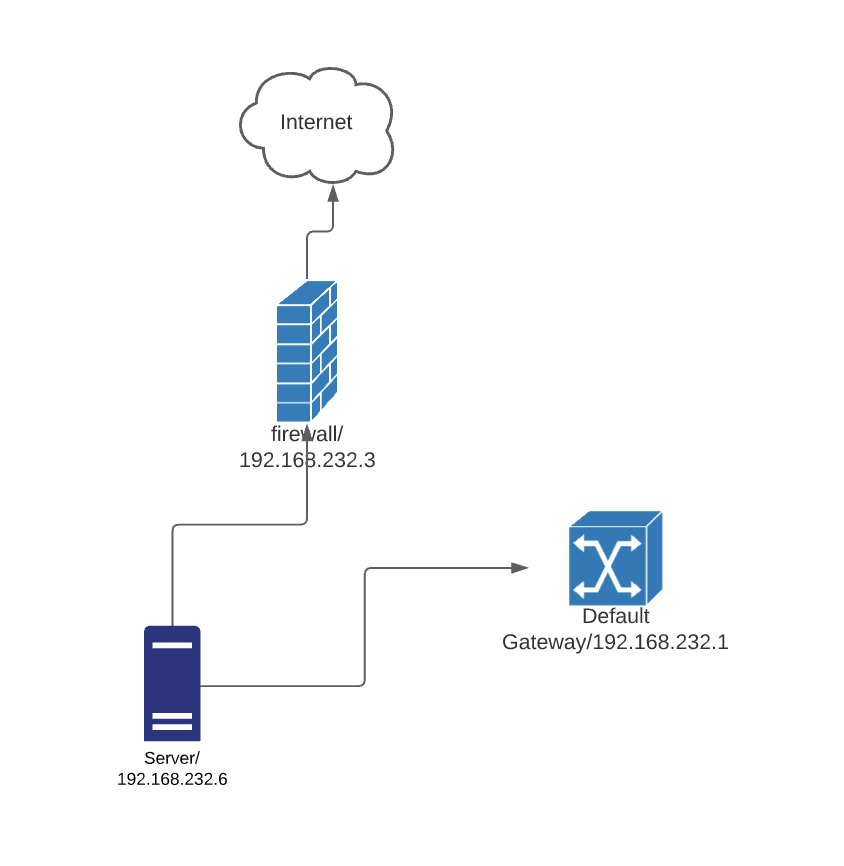 with the following details for each component,

I have confirmed this has worked by running the following commands,

The results are as follows,

However, when I initiate traffic from 192.168.232.6 to an external host, I do not see the traffic hitting the firewall. There is no firewall/network rules in between the firewall and the server.

I have checked my arp table and it is as you would expect,

When I run the following command and run a packet capture,

I get the following results,

Why Would this be? What can I investigate further from the host ?