I have a tablet (Samsung T805) and I have had a very annoying issue with it, since its very first day: every couple of restarts, happens that ALL widgets disappear from Home screens.

So I have tried different, several launchers, but the issue propagates also in them (tried Nova, Smart and Lawnchair), the best behaviour is in Go launcher Z, where the widgets boundaries are visible, and it is less painful to restore them.
In the others, they completely disappear!

This happens much often, usually every 3 resets/shutdowns.

I have tried several ways to avoid it, but no success!
It happened on Android OS 4, the very first one, up to 7, its actual LINEAGE version.

There are no memory full issues.
I do regularly a cache clean.

Here follows a screenshot of my Home screen: 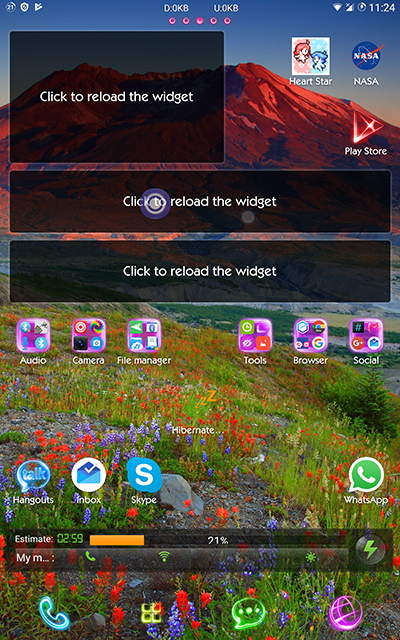