I am attempting to model wave motion for example on a string or a beam using finite difference modeling, where the motion/position of any point $u(i)$ is calculated based on past positions of $u(i+1)$, $u(i)$, $u(i+1)$, etc: 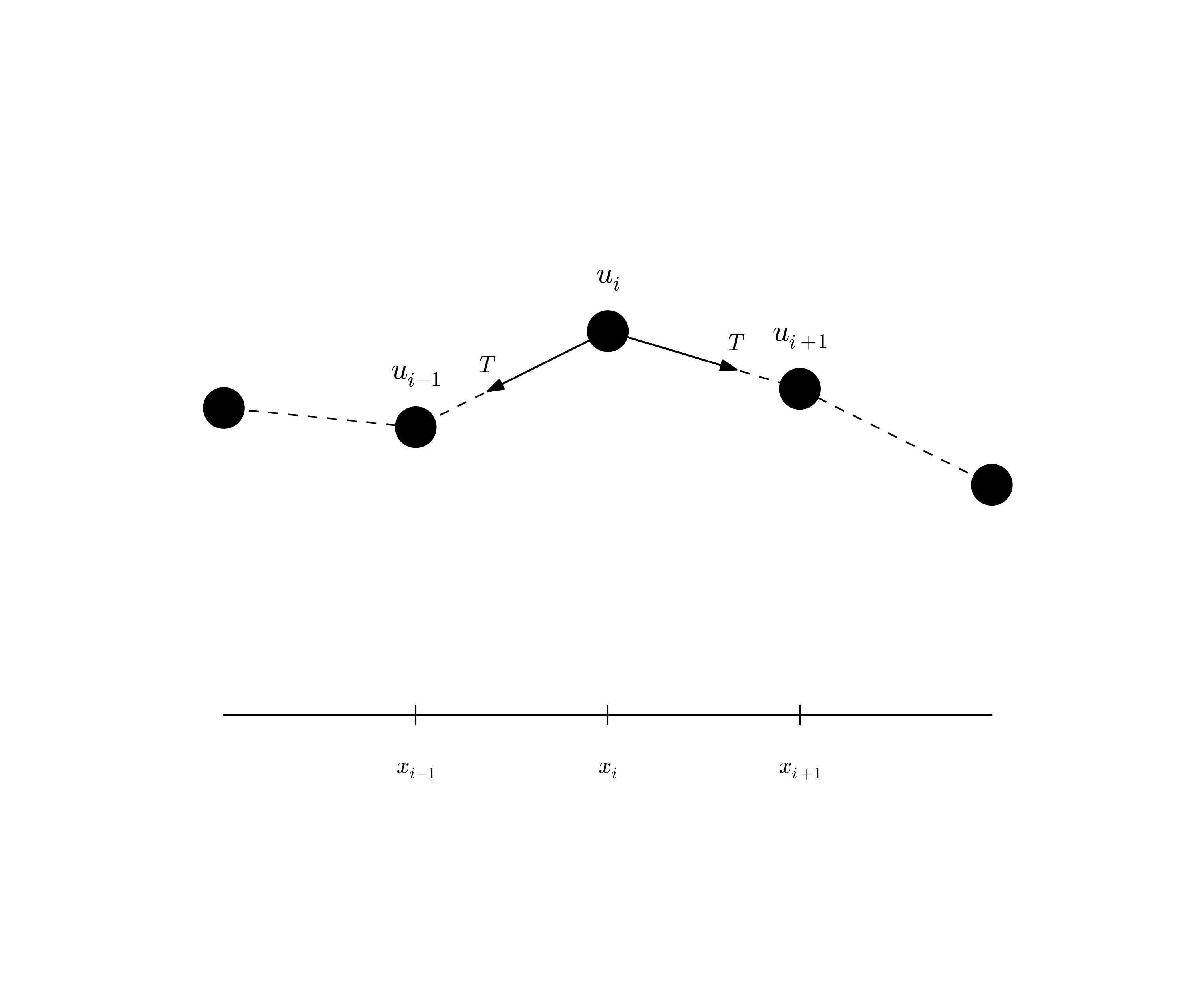 One aspect of the model reacts to strain ($ε$), which is the lengthening of a given finite difference segment $ε = frac{ΔL}{L}$.

In a string or beam where such strain occurs, there is some nonlocal effect. Due to long fibers that extend through the structure, a stretch in one finite difference segment actually creates strain which “averages” over a longer distance.

In the most extreme case, one would simply average all the segment strains, presuming the strain is totally uniform from one end to the other. (The more realistic case is probably somewhere between, with likely I would guess a Gaussian distribution of strain around each point.)

Let’s say you have hypothetically $n$ number of points between pinned/fixed boundaries for a string. If you wanted the strain in one point $ε(i)$ to be represent a sort of average of the strain for $j$ number of points on each side, how can you calculate this average in such a way that the total strain of the system is not changed?

My impression is that this changes the total strain. Ie. It does not “conserve” strain.

I am then wondering what would be a correct or mathematically reasonable way to “average” strain in this type of manner while still conserving strain so total strain over the full length is not created or destroyed.