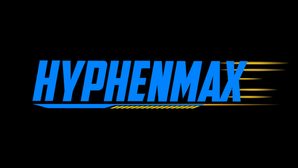 Some of the astonishment inside
AMAZON DISRUPTOR:

FBA training on massive benefits with keyword research, procurement, shipping discounts, working starts, ad copy and reviews. How to get a product and put it on the market without having to invest thousands in China in advance.

WHOLESALE DROP SHIPPING: Access to one of today's best dropshippers that has replaced dropshipping retail with dropshipping wholesale.

Charge up for the holidays and send items to millions of customers who are exclusive to your offer without competition.

Live webinars and a mountain of training.

I can't figure out how to create an article that uses a ticket number entered by the user and links to the URL to create a hyperlink to the ticket in the ticket system.

The best answer would be to hide this URL and allow users to click on it 12345 Number and open the website for this ticket.

I migrated my SP2016 solution to SP2019. I recompile all solutions in VS2019 and sign with the following project properties -> "Signing" tab -> Activate the "Assembly" checkbox and create a new key file with a strong name. My question is: what is the extension of the strong name key file? Should I use it key.snk (as before in VS2017) OR should I use key.pfs What is the right extension for VS2019?

An auto filter was applied to the area that contains both the non-pivot row and the pivot table (rows 2-7 in the image).

If I set the automatic filter in the 2nd column so that only spaces are shown:

Any idea why this Excel file works in Excel 2016 but not in Excel 2019? Was this a change in Excel functionality? Could there be one or another setting between the two computers that could be causing this?

Find the intersection of two paths closest to the origin in a Manhattan grid.
input_3.txt You will find here
The prompts can be found in the original problem description

My code is pretty slow (~ 7s on my PC) and I feel like it's a combination
a) how to store all points in memory instead of using derived points by storing line fragments instead, and
b) my wrong handling of the set iteration in the last part, trying to find the respective pair of points (one for each wire) in order to get the respective one cumulative_steps.
I was a little confused about how best to handle this because a wire can cross an intersection multiple times (though I believe in this record that ultimately didn't appear?), And as a result, I didn't just have to find the intersections, but also the intersections and the minimum steps required for each wire to get to that intersection.

Post for the first time, so excuse me if I make mistakes.

I'm a newbie to oracle and I'm really struggling with this concept of 32 and 64 bit oracle business.

All I really want to do is import data from an Oracle 12c DW into a local 2019 SQL Server daily and then connect Power BI over it.

The reason for this is that we are trying to switch from Oracle to SQL Server and I have to PoC.

So far I've looked up and down and can't figure out WHAT to install to access WHAT in Oracle.

I also have problems understanding which folder level is included in the PATH in the system environment variables.
It's so complicated compared to SQL Server – so I could really use your help in the following questions.

My ultimate goal is to be able to
– Connect to ORACLE with SQL SERVER SSIS and import data daily via ETL routines
– As a temporary backup, also establish a connection to ORACLE via Power BI.

Any help and advice much appreciated.

I tried to get a "console application" to deploy and debug on my embedded Win10 device, but I just can't figure it out.

I can provide an application for which a "SquareLogo" screen needs to be displayed, and I can't imagine how this "window" should be hidden or a headless app.

In summary, I would like to debug with a console application on my embedded Win10 device (remote machine).

I don't think it would be that hard, but I just can't get the application's main window not to appear on startup.

Any help would be appreciated.
Thanks a lot

To reduce the need for people to go to DMV offices during the coronavirus pandemic, the deadline has been postponed to October 1, 2020. No new date has yet been set. Many thanks to choster for the link to a report from Bloomberg News.

As of January 22, 2018, passengers whose driver's license has been issued by a country that is not yet compatible with the REAL ID and has not received an extension must provide an alternative form of acceptable identification for domestic flights. A list of acceptable forms of identification can be found on the TSA website. Passengers whose licenses have been issued by a state that is compliant or whose expansion meets the REAL ID requirements can continue to use their licenses as usual. A list of countries that already match an extension can be found on the DHS REAL ID website. The DHS updates this list continuously as more states meet the requirements or receive extensions.

From October 1, 2020, each resident of a state and territory must present a REAL ID-compliant license / ID or other acceptable form of identification to gain access to federal facilities, to enter nuclear power plants, and to board commercial aircraft. This is called "card-based" enforcement. The card itself must be REAL ID compliant unless the resident uses an alternative acceptable document such as a passport. The law does not require individuals to produce ID if they are not currently required to access federal facilities (e.g., to enter the Smithsonian's public areas), nor does it prohibit an authority from using other forms of ID Accept as non-documentary documents – compliant states (such as a US passport or passport card).

If Pennsylvania is compliant (or has an extension), so you can use a Pennsylvania-issued document (license or ID), even if that document is not compliant until September 30, 2020. You will then need a compliant document or a document issued by the federal government (e.g. a passport or passport card).

Is Pennsylvania Compliant? Does it have an extension? Further information can be found on the Real ID main page at https://www.dhs.gov/real-id. There you'll find a map that says Pennsylvania has an extension. You can select Pennsylvania in the "Select State" field below the map to view the details:

If you are flying between August 1st 2019 and September 30th 2020 you should check this page again and use the information found to decide if you want to bring your passport. Or you can now simply upgrade to a Real ID license if you prefer and don't have to worry about it.

After October 1, 2020, you will need a Real ID-compliant driver's license or passport (or other document from the TSA list, if available).

This is an attempt to reduce the weight of the installer and to reduce the size and impact on Windu. No additional features that BuildTools doesn't offer (ie it's like "the toolchain from melkomyagkih" … I think it's worth changing and calling it up so that it was suddenly clear … but apparently the desire to be unique and being unrepeatable keeps them safe (use existing terms).
Frame:
• Disconnect from the Internet … so that the installation program has not downloaded the list of components to the latest version … which is probably not yet available. In this case, the installer may not have enough information and may display a download error
• If the installation program does not have access to the Internet, the certificate for performing the self-installation program is installed as Administrator Certificates_Setup.cmd
• Then start Setup_BuildTools .cmd, where X is the version number you want to install (ie 16.5.X).