I have code that changes texture in each frame depending on the player’s state – walking, idle.

How can I position the frames based on the center of texture instead of the bottom left?

One png has a height of 57 – idle, while 6 columns and one row of walking frames have a height of 87 pixels.

We are making frame by frame animation and we have a canvas size for animation. Attack animation is changing position in canvas. In unity after attack animation completed it teleports back to the initial position. I tried setting animation event and updating parent position but it does not work.it teleports to nonsense locations like player is looking at +x but it teleports to -x. Anybody have solution for this ? since it is not rigged root motion is not working

I have been setting up a Blend Tree for motion animation in Unity. I’m using Root Motion for now. I parented the gun to the root of the player and then I use OnAnimatorIK to lock the two hands in position.

The overall looks and feel is great by my standards. The only thing I am disappointed about is the butt of the gun clips through the character’s upper arm when running. 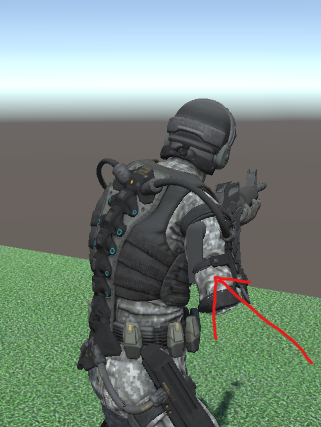 Is there a way to crop this in the game? I’d like to avoid going into a 3d Editor and making it two separate meshes which I could then I guess somehow disable. I’m hoping there is a better way to handle this situation.

Also I wonder if the gun being parented to the Root player object is wise. I had tried parenting to the ‘right-hand’ bone but this made the gun point upwards about 45° and looked silly.

I sculpted a model in blender, and I want to import that to Unity. When I import just the model(without animation), Unity shows as is. However, when I attach armature to the body and automatically assign weights to it with the intention of creating an animation, Unity import shows dark regions all over the model. All the face normals look fine. I am not sure what the issue is.

I add a second answer since the first one is valid for others in similar situations.

Normally you don’t have to calculate the frame rate as you do – since it can be done even without playing in my previous answer. However, you are trying to figure out why not all frames were playing once the animation is “done” so I think I understand what you are trying to do. Unless some other parts of your code interfere with the “_iFrameCount”, it should be the same as the number of frames in your animation – unless (and here is probably the reason), your check at the end of the LateUpdate() is not doing what you expect.

When normalizedTime is greater than 1, you have reached the end of the current animation, which can consist of several animation clips like this:

It is first when we reach the end of the second animation normalizedTime > 1. Then, of course, why is “_iFrameCount” less than you expect. Well, could be several reasons, for example, this:

Note that the two animations will finish, normalizedTime > 1, before the first animation has finished (if it had not been interrupted by the second animation).

The animator could also be interrupted by some other code/event.

I’m making a game sprite, with animations for transitioning to different states, such as idle, sleeping, etc. I’m wondering what the most efficient way to play the animations is. As of now, I have a couple of ideas:

Please let me know which would be the best approach, or if there’s a better way to do things. I’m new to handling images and animation with code, so I’m not sure what the advantages and disadvantages are. Thanks!

In case the information helps anyone, I’m planning to use Python for this (although I could also do Java or C++, if there are good solutions in those languages), and the sprite image size isn’t large, it’s pixel art.

I need to play an animation in such a way that each frame is for sure being played and not skipped.
To do that, I use a very slow animator speed like this:

The Unity editor says this about the animation: 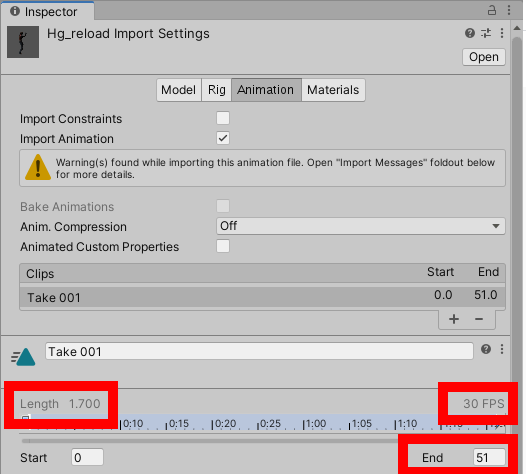 To make sure that each frame is really shown / played, I have implemented my own counter.
My counter however returns 43 frames and not 51 frames as the Inspector.
No matter how often I repeat this process, it always return 43 frames.

What am I missing?

You can get this awesome animation for only $2 and I will animate another image for you for an extra 5 dollars.

I am experimenting with pixel perfect camera and 2d animation. I noticed in the skinning editor that there is no option to edit bone coordinates. When I make an ik it extended the arm making it noticeable that the bones weren’t perfectly aligned. so im wondering if it is possible to make a bone perfectly vertical/horizontal within the skinning editor.