I’m just trying to create a new virtual server, unfortunately it does not work.

I created a virtual server and deleted it.

I’m trying to create a virtual server with the same name, but I get this error message:

Failed to Create Virtual Server: The Domain X is Already Hosted by
Your Apache Web server.

Apologies if this is incoherent. I’m very new.

I have an Apache server protected by CAS in a Docker container. I’m using mod_auth_cas to do this. I have an API running on a different container which is accessed through a reverse proxy using ProxyPass so that the user must be authorized to make API calls. I now want to know the UID in my API so that I can make sure that the user has permissions.

I’m hoping that there’s a way to add an additional parameter with the verified UID to incoming API calls. I feel like there should be some way to do this with mod_rewrite, but I’m not sure how. I suppose I’d have to get the UID as a string.

I have a simple docker with apache2 installed (with a2enmod cgid) with CMD being:

I run container with:

The problem I have is… if the container is stopped, then restarted (via the GUI docker desktop), apache goes into a state where it returns 503 for everything until it is restarted with apachectl restart.

I have no idea why, but I suspect that it is related to the volume not finishing mounting properly before the CMD is executed?

Is there something basic I am not understanding about when -v would complete compared to when CMD is run? The apache2 log file just says this for every request, even after volume appears to be mounted ok:

I have resorted to doing this CMD, but I feel like I am missunderstanding something important about docker:

In the process on publishing my node app on a ubuntu 18.04 server with apache, I had created a virtualhost file like this bellow,

I saved and restarted apache, everything is normal till now. But when I decided to change the location to /nodejs to only / and updated it as so, it doesn’t work.

Whenever I hit the domain, it shows the default apache page and if I hit with domain/nodejs then the app loads just fine.

I have tried disabling proxy modules, restarting servers. I think there is some kind of cache or something, but can’t figure out. 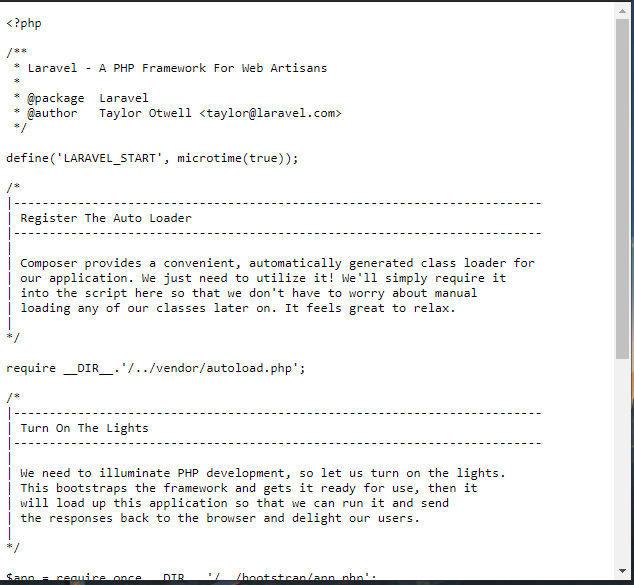 So I have a docker container running Apache/WordPress which runs Apache as www-data. I build the image using a Dockerfile and started it. I then copied my local uploads and plugin folders using:

When I access the machine and I try to install a plugin, always gives me Installation failed: Could not create directory. Furthermore, my backup plugin cannot wrote to wp-content/updraft to create backups.

I have logged into the machine using docker exec and I have run this command:

The problem persists even though www-data has access to everything:

I am going mad figuring why WordPress is not able to write if it’s running under www-data and this user/group can write to anything in the container.

Any pointers are greatly appreciated.

I’m repeating a lot of code that looks like the following:

It would be nice to be able to define a function called trim_and_concat that takes an arbitrary number of fields, concatenates them, and trims the result. I could write a UDF, but then I would lose out on all the PySpark optimization.

Is it possible to define a function that combines native SparkSQL methods such that the typical loss of opitimization associated with UDFs is avoided?

I know about the create_function syntax, but as far as I can tell this is just another way to create UDFs, and still requires that the functions be written in scala or Python.

I have a project in which I separated the front-end (Vuejs) and the backend (Laravel API).

I will use Apache Kafka to get data from IoT devices then Laravel will use this data (Consume) to display analytics in real-time to the front-end.

I decided to not use microservices for many reasons (we’re just 2 in the team without any experience in micro-services and we need to validate the business value first).

After this, I decided to use Laravel Sanctum (SPA authentication) to implement the authorization part, easy and perfect for my use case per the documentation but then I remembered that I also need Apache Kafka to communicate with Laravel API.

NOTE: Apache Kafka will give data only to my Laravel API, so do I need to implement some OAuth2 here or not?

I also decided to use another RDBMS(MySql) for tables after much deliberation and Apache Kafka for just the data coming from IoT.

I hope that I have explained well my problem and where I’m really confused.

I don’t want to use Laravel Sanctum and when I get to the part where I need to consume data from Apache Kafka then I will be shocked to find that I need to use Laravel Passport (for OAuth2).