Due to the current situation, my group and I decided to try something new for our first online session. We agreed on a post-apocalyptic, post-modern Metro2033 style environment. This brings me with a couple of new challenges. While I can bend most of our current rules to work semi-normally in a modern day adventure, automatic weapons are a big problem.

I already have something in mind for semi-automatic weapons or rifles with single or burst fire mode, but I haven't found anything for fully automatic or tap fire weapons. I've already discussed the issue with my players, but we haven't found a solution everyone is happy with.

Our requirements for a "Automatic weapon system" are:

Now I want to keep this question as non-specific as possible so that every answer is suitable for many others than me. Still, I should probably mention our self-brewed combat system that I want to use:

We use one "Action point table" (This is actually an old Carcasonne scoreboard). Each action costs action points. Every time you use action points, your maker moves up the board. It is the turn of the player with the lowest number. (So ​​if player1 is on square 4 and player2 is on square 7, it is player1's turn. He spends 4 action points for movement, now he has 8 and P2 has 7 … and so on).

Feel free to ignore this systemif you have a great idea without using it. I just think it could make room for imagination (I would also like to build on it since I wrote it ^^).

Here are some things we thought about, but we didn't really like or finish:

Oh yes, and not to forget, I also need significant differences between Burst Fire (A built-in burst mode that fires a fixed amount of bullets each time you pull the trigger.), Cockfire (Briefly pull the trigger for a few bullets) and spray (Squeeze the trigger as hard as possible)

I've also looked up some post-apocalyptic role-playing games, but none of them seem to have a very fun approach to automatic weapons. If you know one with a funny rule that you can quote, I would be more than happy.

I need an automatically free forum posting software. Can someone help me? Can you tell me a free software?

I have a bdd in SQL Server that has a user table with 3 fields: name, date of birth, and email address, and a stored procedure that searches that table to find out who's birthday today and a congratulatory e- Sends mail. So far it works at 100.

However, within the same procedure, I would like to add that I email all bdd users (except those with a birthday) to inform them that x person is birthday today.

I am attaching my SQL Server code

I can't figure out why my picture changes size automatically when I upload it as the background of a section by adding a "300×195" behind my data BG URL.

I use Fusion Builder as an editor. This only happened with the newly replaced image for the sections "VIP Gaming Room" (new) vs "Console Corner" (old) 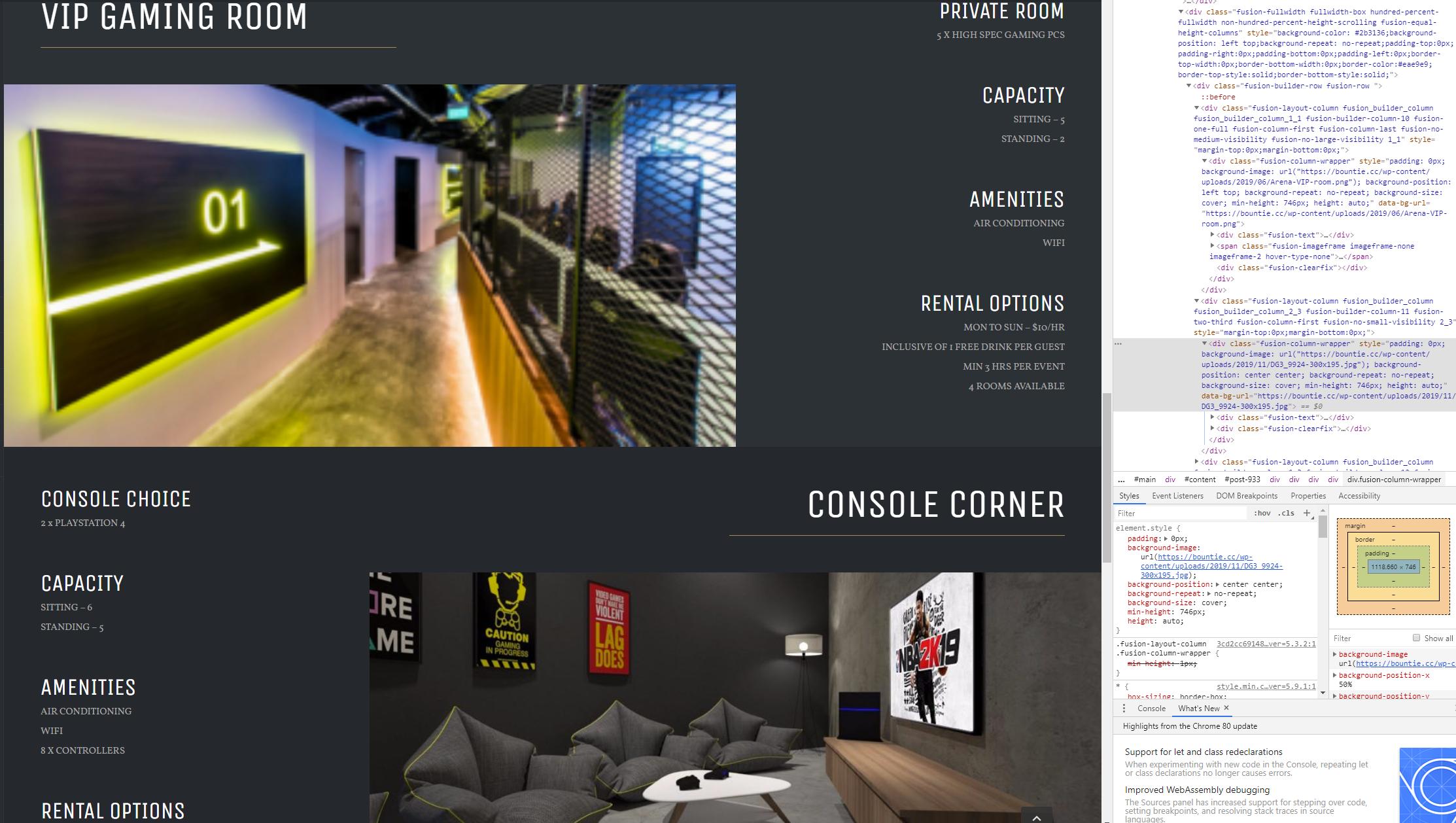 I am writing a server client program. When a new user installs and opens the program for the first time, they must enter a password. The password in combination with an email address is required for authentication with the server via SSLSocket.

I know how to securely save a password (save salt and hash password), but how can I create a secure system in which the client automatically sends the password to the server? I don't want the user to enter the same password every time they want to log in.

Is it possible to create a secure system like this? Because if I save the hashed and salted password in a .txt, can I simply read it and then log on to the server? How is it possible to do something like this?

Android recently introduced automatic rule suggestions. When I connect to my home WiFi, a tile was created to turn my ringtone on. However, when I disconnect, the rule sets the phone to vibrate. Is there a way to keep the rule when connecting, but to activate it when I disconnect?

The documentation doesn't seem to cover migrating from the old to the new, but the associated wiki page seems to indicate that existing keys are being fetched from dnssec-policy.

That means setting up a new zone dnssec-policy is simple enough but to migrate an existing zone from auto-dnssec maintain to dnssec-policy doesn't seem to work as you might expect.
What I would have expected was that a policy compatible with the existing keys would continue to use these keys.

What seems to be happening is that all existing keys are immediately deleted from the zone because they have "expired" and are replaced with new keys, although the new policy includes a compatible set of keys (same algorithm and size) and the existing keys prescribes no end-of-life properties defined (only Created, Publish and Activate Timings in the .key files).

The guideline that I used for testing is as follows (named to show what happens when testing):

This is the log output if the configuration was changed from auto-dnssec maintain; to dnssec-policy alg13-ksk-unlimited-zsk-60day;::

As can be seen, the existing keys were deleted immediately (not even using the normal rollover procedure!) And replaced with new keys of the same type.
Considering that instantly replacing the keys instead of the intended rollover will destroy everything, it's obvious that the configuration is simply switched to dnssec-policy is a no-go.

When looking at the key files I find that there is an additional one .state The file is added next to the old and new keys.
I don't know if this file is a prerequisite for proper use dnssec-policy Surgery somehow? Would creating these files in advance somehow avoid this behavior?

The key question is: is there a way to migrate to use? dnssec-policy uninterrupted? If so, how?

I just found these guys https://runcloud.io/?

Does anyone have work experience with them?

That sounds amazing … | Read the rest of https://www.webhostingtalk.com/showthread.php?t=1801692&goto=newpost

Does VMware products have an automated Linux installation feature? (like Windows Auto Install)
Or if not, how to implement this function?

I am new to bitcoins

I have a new idea for short selling bitcoins

then the cycle above continues …

Suppose if the purchase price is never reached, that is, the price starts to rise, then I buy for the daily low or the weekly low. And continue the cycle

Is there an exchange that supports this automatic order flow?