Recently I shared with my team the Builder Pattern(fluent style) for unit testing.
I personally like to use that pattern for unit testing, since many objects are usually created and with different parameter configurations.
The pattern helps keeping the unit tests short, specially if combined with Object Mother pattern.

Now some members of the team want to use it in other areas of the project, and it looks to me like it may spread everywhere…

Why would that be bad?
I understand that there is a cost on creating the Builders, but since we already have them, why not use them?

I’m new to exploit development and while watching a tutorial I came across the topic of “Bad character identification”. I’m referring to the process of sending all possible characters to the vulnerable process to see if there are characters which fail to pass to the receiver.

The existence and identification of those characters has been discussed many times before but I couldn’t find the root cause of their existence.

Why are there bad characters a target process mis-handles?

Say I have three entities: Player, Spikes, and Zombie. All of them are just rectangles and they can collide with each other. All of them have the BoxCollision component.

So, the BoxCollison system would look something like this:

I came up with the idea that each Entity should have its onCollision function.

Programming languages such as Javascript and F# have high-order functions, so I can easily pass functions around. So when assembling my Player entity, I could do something like:

onPlayerCollision is a curried/closure function that receives a player, and then returns a new function that wants another Entity.

Are there any flaws with this? Is it okay for components to store references to functions? What are other ways of avoiding game rules in components? Events?

I’m looking into how accessible some websites are using WebAIM’s WAVE tool. Many websites nowadays use the burger menu symbol to indicate the menu (YouTube and Gmail for example) and often I see the Aria attribute being used to say ‘open-menu’ or something of that sort. However, when I test it with NVDA and hover over them, the screen reader doesn’t return anything.

On the left is the burger symbol, a magnifying glass (for search) and text-links. NVDA only reads out the latter text-links when hovered over, but not the former two non-text symbols. The two symbols (burger and magnifying glass) don’t change colour or give any indication that they’re clickable when hovered over besides the mouse pointer changing.

Is the Aria label supposed to be function (or not function) this way or is this just bad code/design? Or am I just completely misunderstanding how a screen reader is supposed to function?

I’m Designing Magento 2.2.11 theme and now I’m facing 400 error while click on place order button. kindly please suggest how can i resolve it. 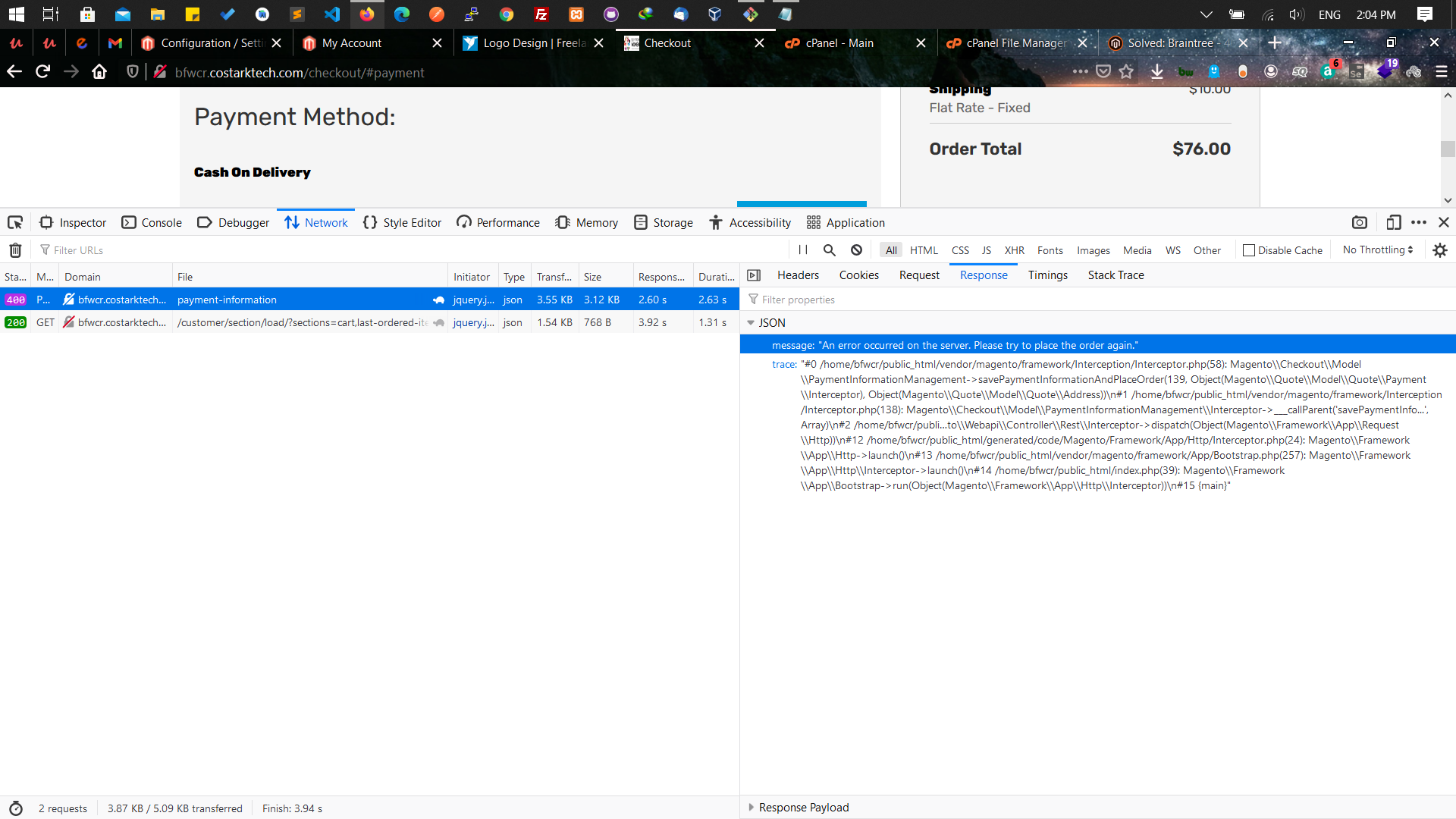 I am extending and maintaining customized extension of OpenAPI Generator.
It’s a working solution. What I am concerned here is the quality of the underlying open source project:

When I have to extend some logic regarding my custom imports logic or grouping operations it just gives me headache trying to see all the puzzles and pieces.

Would you consider following code bad, hard to maintain?

I mean wouldn’t be practical to refactor those classes, to make it easier to comprehend the logic and ease up the maintainability of it, especially as there are so many contributors who spend time on it? Imagine someone invents a new type of schema, and you go and add another else if statement in lines 1600, 2000, 2400, 4900, 5900 and 6000 something.

PS:
I don’t want to offend anyone, the code generator is actually working and being used by the thousands of people.
Chapeau to all of the contributors, especially core ones for amazing work done!

Im in the process of creating a base class for typed HttpClient services (yes, I’m utilizing IHttpClientFactory). I wrote the process in such a way that for each CRUD method invoked from the service, the first thing said service does is check for and assign an access token to attach to the HttpClient header. Example:

I’ll admit upfront that I am not entirely sure why I have always made my HttpClients readonly and upon Googling for answers, it’s probably because every document and guide on HttpClient with dependency injection makes the client readonly. I didn’t find any material explaining the reason for that.

With that in mind, should your HttpClientremain readonly? Should any customization, such as attaching an access token, be done in the classes constructor?

Is it bad practice to use ObjectManager in file app/design/frontend/Smartwave/porto/Magento_Catalog/templates/product/list.phtml

Would there be a better way to write this???

Any help would be greatly appreciated. Thank you!

Advertise virtually anything here, with CPM banner ads, CPM email ads and CPC contextual links. You can target relevant areas of the site and show ads based on geographical location of the user if you wish.

I’m building nginx for reverse_proxy with Spring and Docker

Here is my configuration.

My spring server is running at 7070 port.
I want to be this way.

What am i missing?