I think my phones EMMC chip is dead.
At my days i baked some dead graphic cards and get somewhat good results.

Can same thing work with EMMC chip on a phone?

If you never heard of it here a link.

My original problem here if you are curious.Asus zenfone 6 E:failed to mount/ cache

My wife is an amazing Baker. She started her business about 2 years ago and was absolutely crushing it. Her return orders and customer acquisition were great. Margins were great.

Unfortunately, last year she started getting severe hand cramps and I suggested she stoped and took care of her self. Until then she put the business on hold. She’s sad and frustrated and I’m trying to help get back to what she absolutely loves.

I was thinking she can start her brand again on instagram doing tutorials and creating cool stuff. Through that she could open her own online store and sell baking tools.

Not sure if this is a viable plan or sure if the tools are niche enough?

I’m trying to find out how I can incorporate the online store aspect to her passion and struggling.

Any insight or help would be greatly appreciated!

It turns out the 3D model had not been unwrapped.

You can check this by going into the Static Mesh Editor, double-click on the mesh: 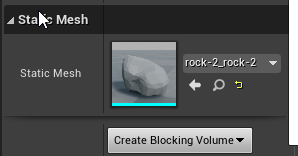 Take a look at the UV channels for the mesh: 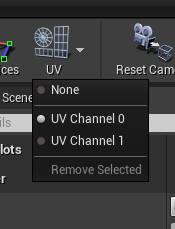 My model had an empty panel, like below, so I had to unwrap it in Blender. 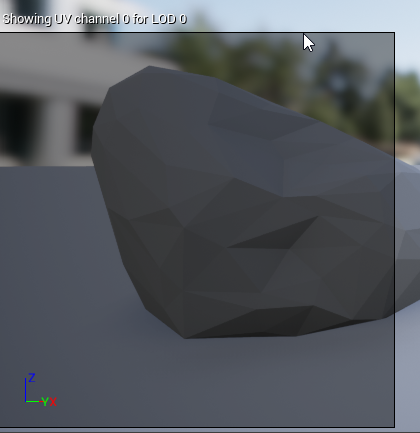 It makes sense that Unreal can’t determine where to put the light data without the UVs. I’m not sure why this worked in Unity though.

For 3D models that received proper baked light, this view looked like this: 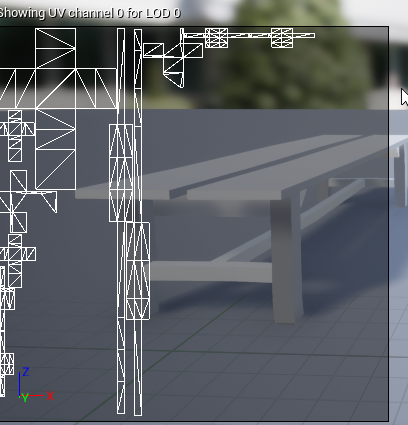 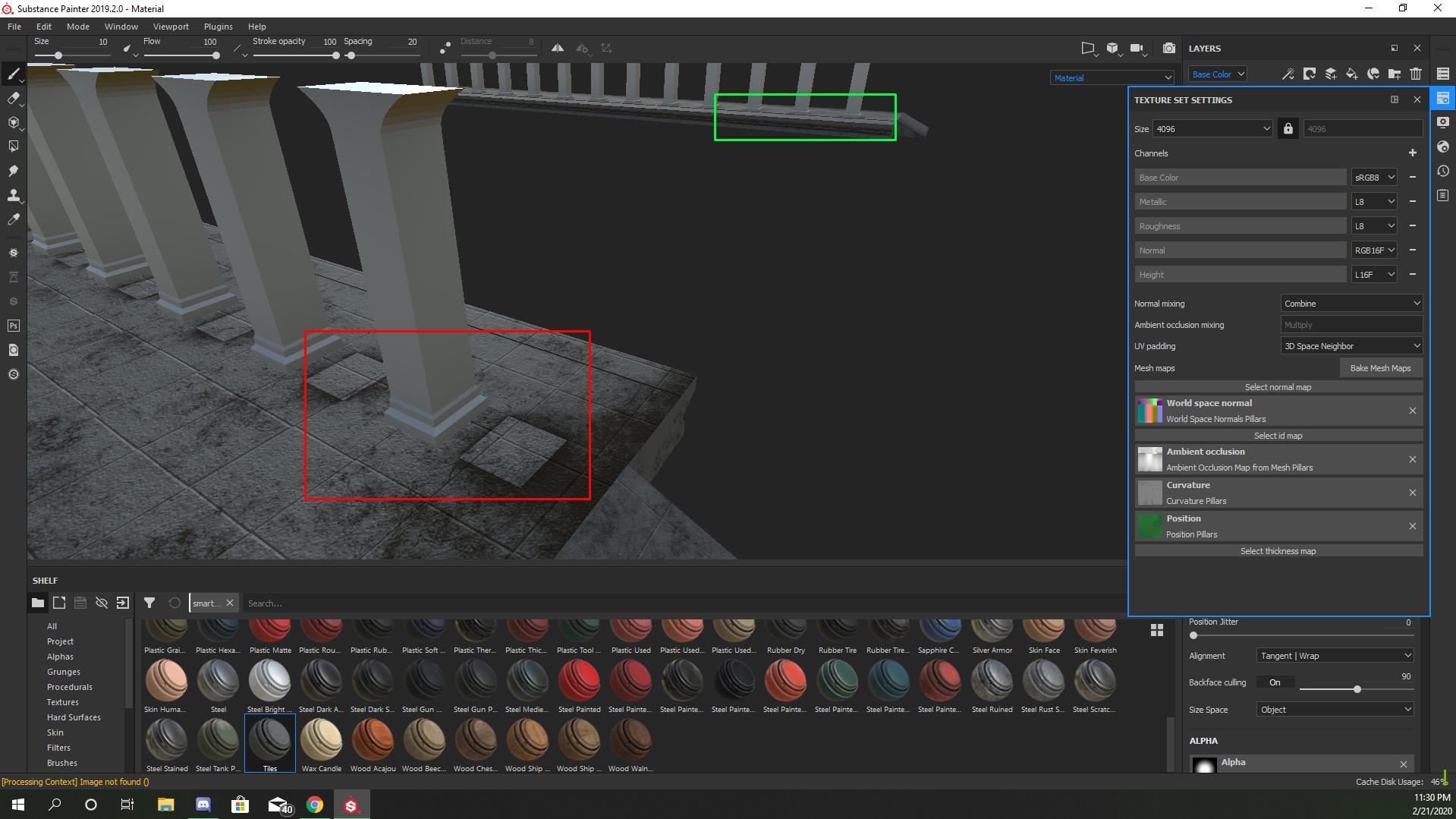 So I did texture generation with generators based on environmental occlusion. However, I just noticed this problem. There are two platforms that are duplicates of each other and are rotated. The green box, the surrounding occlusion, is correct for the columns. However, there seems to be an offset in the red one. Both stitches have the same material and UV. I can fix this in 3D software, but can I only replace this one mesh? Or are there other problems?

I have an unusual reaction from trying to bake my scene Occlusion culling (The scene started to limp and I thought this would optimize it.) and I wanted to ask for advice.

What's happening:
This scene and the previous scene are very similar in structure and appearance, only one scene contains 2 large models. I selected every model / object in the scene that was not a character or had an animation, set it to static and then clicked "Bake". (After the tutorial I was following and the previous one was very successful) and this is where it starts to go wrong.

In the previous scene next to Generate lighting automatically is a loading bar that had 126 jobs remaining and took about an hour and a half to do (I saw a show and each was 30 minutes long. I saw 3 before it was done.) but this time it showed:

And when it started, it had 9 hours instead, and after 30 minutes it rose to 11 hours. I'm not sure why there is such a dramatic difference between the two. Because of my very limited experience, I wanted to ask more experienced developers for advice.

The only advantage of a blender is that it can have a lot more power. Mixing cake dough does not need much energy, in fact you could probably do it with a whisk.

We have a big, heavy food processor that I only use to knead bread dough.

When blenders were new when they first became a thing, they had a "power take off" to attach a pasta roll, a sausage grinder, a coffee grinder, and so on. They were sold as a "system". As we see it today, kitchen machines are a versatile tool. If you do not need a large 1/4 horsepower or 1/2 horsepower engine, a blender has no advantage over a hand blender.

I try to optimize my unity game.

Judging from what I see, Mixed would be what I need, but I still need to adjust the sub-modes in the lighting window, which is not trivial to me:

The final question is: which method will lead me to the following best performance requirements in Unity:

What does it mean if a light probe looks like this after baking? And why does that happen?

It does not touch anything and everyone else is fine.

Look at this picture:

As you can see in the picture, some walls have this dark texture after baking the Lightmap. UVMaps are fine, but have no idea why this happens.

This is the UVMap, walls of Blender: 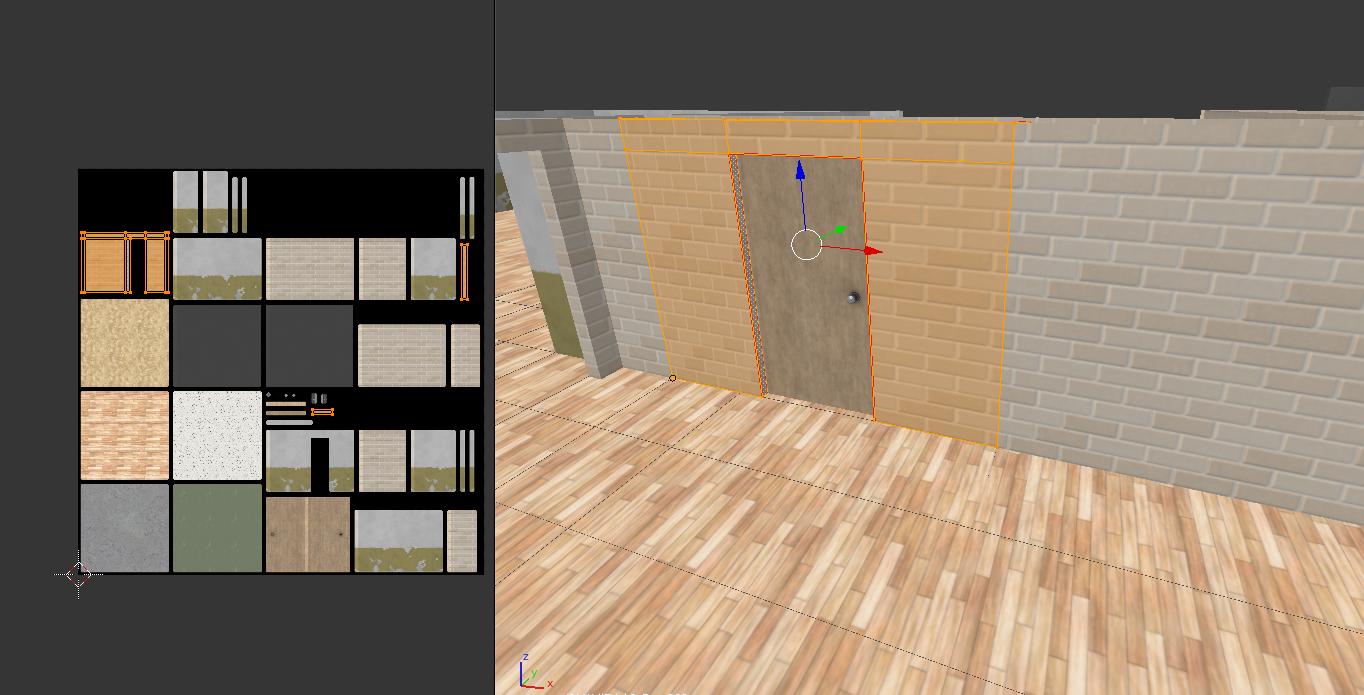 Every council will appreciate it very much. Here are my lighting settings:

Note that you duplicate the object and place it somewhere else and the baking looks good. Only these walls have the problem: 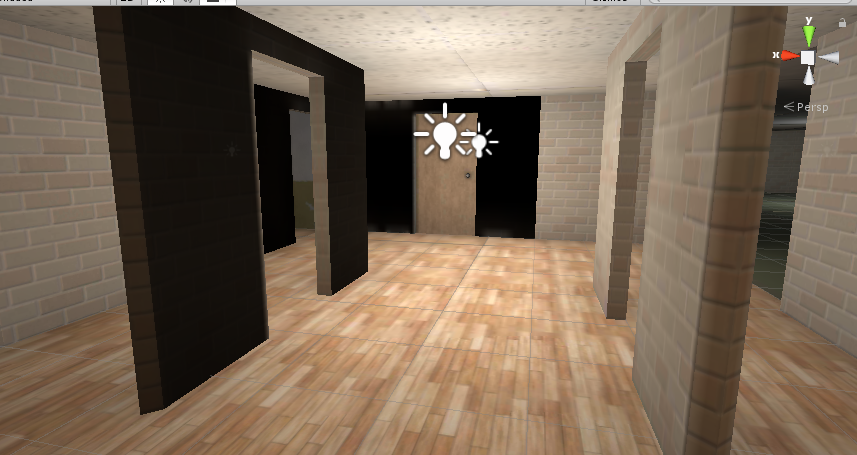 So I'm developing a game in Unity and avoid baking lightmaps until now (I've just put together my new workstation setup that can bake the lightmaps and not the computer). And now I opened my project, imported it nicely and everything, went to the tab "Flash" and clicked "Generate Flash" (of course I had disabled the automatic baking). And every time I do that, I get a billion mistakes and they do not stop, even if I force Stop & Cancel. I have to clear the baking data to do anything (of course the unit is damned boring if it spits out mistakes). I even tried a simple scene with just one plane. It is the same.

I've checked it and it works fine for another blank project that leads me to believe that a texture in my Assets folder is causing the error, even though it's not there at all. In that case, I'm doomed to kina, I have absolutely no idea what texture this might be (I have quite a few of them) and why should there be any problems at all. Any way to check that? Or maybe someone knows another possible reason for this problem? I tried to research, but literally found nothing. No thread on the topic, nothing. Not even the same mistakes. 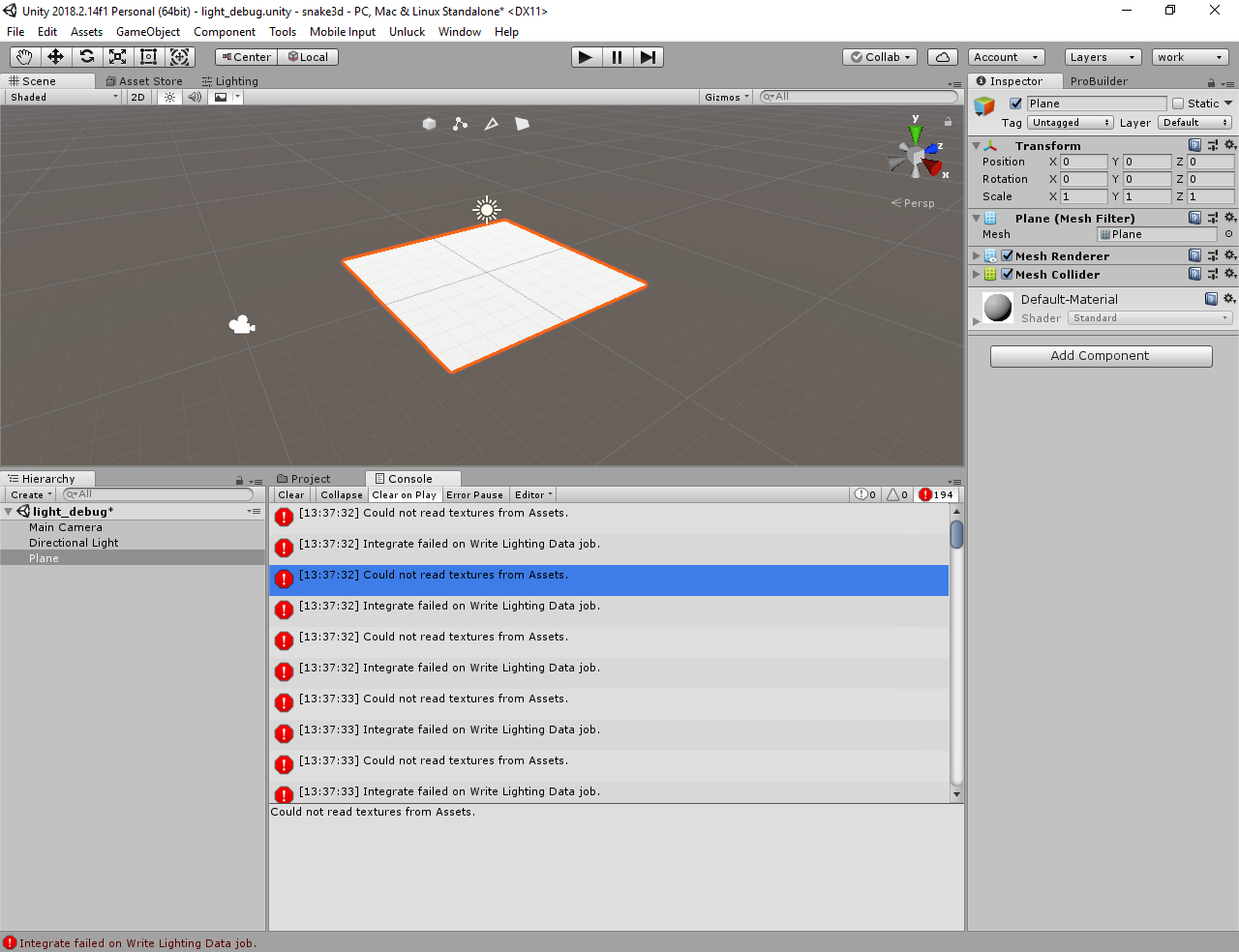 PS: I have baked and disabled GI real time