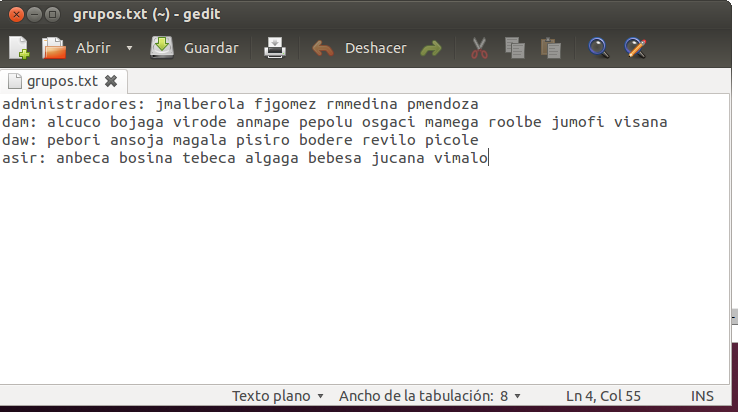 I used to be able to use one of these commands to switch to another user account (my own) to work on it.

I have tried other methods as well.

They all result in the same error. I understand it’s a security restriction. The question is what rules are restricting this? I do have the password shouldn’t I be allowed, once signing in, access to those files?

Could someone provide any idea, how could i pipe data from nc to sed (or awk, or anything) and evaluate and write to file a timestamp after each row?
What i have:

simple listener – receives text via raw tcp, sends into the file (restarts by cron once a day to generate new file)

I want to append current timestamp to each row of text coming (at the beginning or the end of the row, doesnt matter).
Tried sed, awk, but the problem is that i cannot evaluate date for each row – it evaluates only once, when service started.
Looks like this

Pipe may be not the answer at all, but i’m kinda limited by bash.
Any ideas?..

I am trying to learn a little bit of test automation. I know some batch files, I am brushing up my “PowerShell” skills and – who knows – I might even end up using some bash, in the long run.

I have this self-cleaning virtual machine that gets completely wiped-out after an user log-out. Upon the next user log-in, the Registry and the start-up folders get cleared. All I can do is to manually double-click on desktop icons in order to start some static software applications that I am recurrently using.

The batch file part I have managed to do by myself. I am enabling the execution of local “PowerShell” scripts and then running a script that is changing some desktop icons. Here is how the Change_Desktop_Icons.BAT batch file is looking right now:

The “PowerShell” part has nicely been debugged by some great people who are roaming about on this website and for whose help I am thanking them again. Great lessons I am learning here every day.

Now, the problem is that I always have to manually double-click on the Change_Desktop_Icons desktop icon. After the manual double-click and the execution of the scripts, the desktop icons get nicely changed, as it can be seen in the picture that appears below. 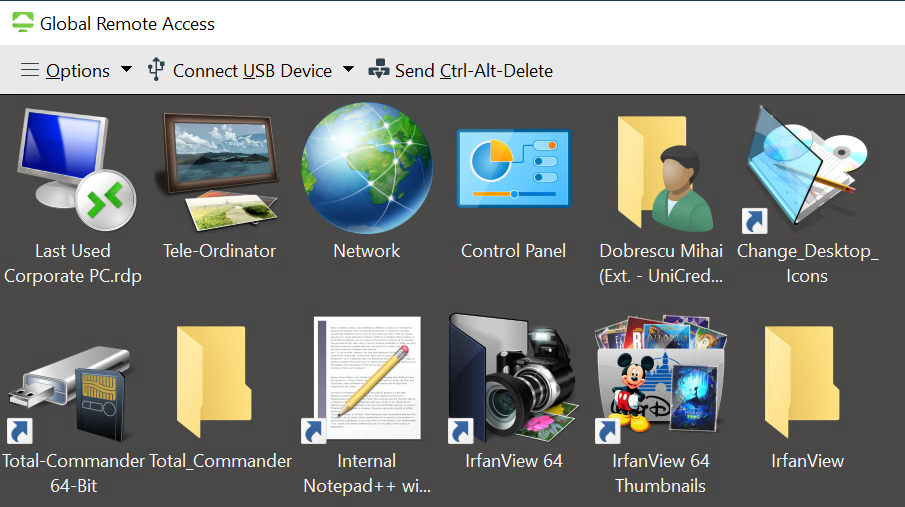 What I am now looking for is to somehow automate even the manual double-click. I am aware that the “Task Scheduler” static software application might be used in this respect, but I do not fully know how.

The virtual machine is quite tightly set up. I am not allowed to use certain static software applications such as, for instance, the “Group Policy“.

At this point, I have posted this question on the “Stack Overflow” website. Apparently, due to the fact that it is less related to the Software Development process and more suited for the general Personal Computer usage, the question has been closed.

I am pasting here the two comments that I have received on this question.

These are the two comments that I have appended to the question in order to reply to the commenters:

After my latest two comments, to my surprise, I have managed to create the scheduled task somehow. I cannot explain why this time it did not ask me for my credentials. It simply created it and saved it.

I have tested it and it was nicely running the Change_Desktop_Icons.BAT batch file. The problem is that the same thing did not happen at the user logon, when I want it to be run.

Is there a way to save the scheduled task in the Y:DigitizationGitHubShell-Scripting folder, for example? Or is there another way to solve this problem?

I am trying the following but it doesn’t seem to give me my desired outcome, I basically want to run dig until I get a response at which point exit and continue with rest of script.

For easier work with Jira, I have prepared the following function to commiting:

The idea is simple:
If current the root of project (root of Git) contains the file .jira, we are getting it’s content (it contains only Jira’s ID, i.e. PROJ).
Next, we are checking if branch’s name starts with dev – if not, the commit name will be “clean” (without prefix) but if branch is i.e. dev-13 so the commit will be prefixed by PROJ-13: (rest of commit message).
But, we can have a branches for another projects, i.e. dev-proj2-22 so we will handle it too into format PROJ2-22: (rest of commit message).

It’s working like I want but I think there is some code which can looks better.
What do you think? What can I do better?

I have multiple .txt files in a directory in my Ubuntu system and i need to prepare a csv report by appending the contents of each txt file into single csv file.

But I am not sure from where to start. Any help would be appreciated.


I know a template file like the following can create a bunch of users they doesn’t exist yet.

To copy a few files to each of them, I guess I can run command like

Is it possible to do the job when I create the users?

I made the following code :

The purpose was to get columns name for each table described in array tableList and put them in an array for each table with ar_+table name as array name.

for instance all columns name for tables books should should have been put in an array called
ar_books.

Unfortunately this does not work, and the set show that the new array name (ar_courses for instance) is put in an array called tableName as first occurence but no array called ar_courses had been created.

I looked over stackexchange since yesterday afternoon and I don’t see how to make this works.