I took photos of the full moon but they all turned out black.
I recognize my mistake later where my shutter speed was 4000, the aperture was f/11, and the iso was 100.

My question is how to make the photos clear and bright? 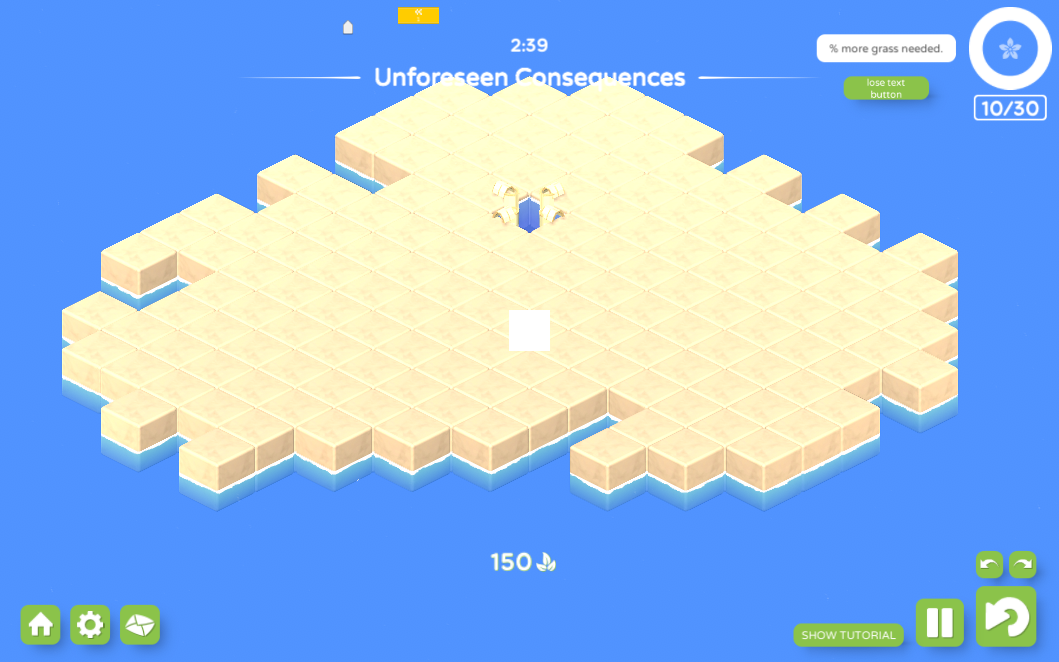 Current I use the standard pipeline I think, because the Render Pipeline Asset is set as None.

I have only one realtime directional light in the scene, and no Lighting Settings set in the Lighting window. The environment is the Default-Skybox.

I use Polaroid OneStep 2 with Color i-Type film packs.

Sometimes, at the bottom edge of the image, not fully developed irregular areas appear as the medium inside has not been properly distributed. Only the bottom edge is a problematic one, the rest of the photo is fine.

It does not seem to be related to the temperature the photos were taken in. Also, it has been happening with multiple packs, so it might not be the case either, I think. I try to keep the rollers clean every time I insert a new one.

What may be the cause of that? Below you can find a photo of the issue I’m talking about. See the bottom edge of the pictures, especially the second one. 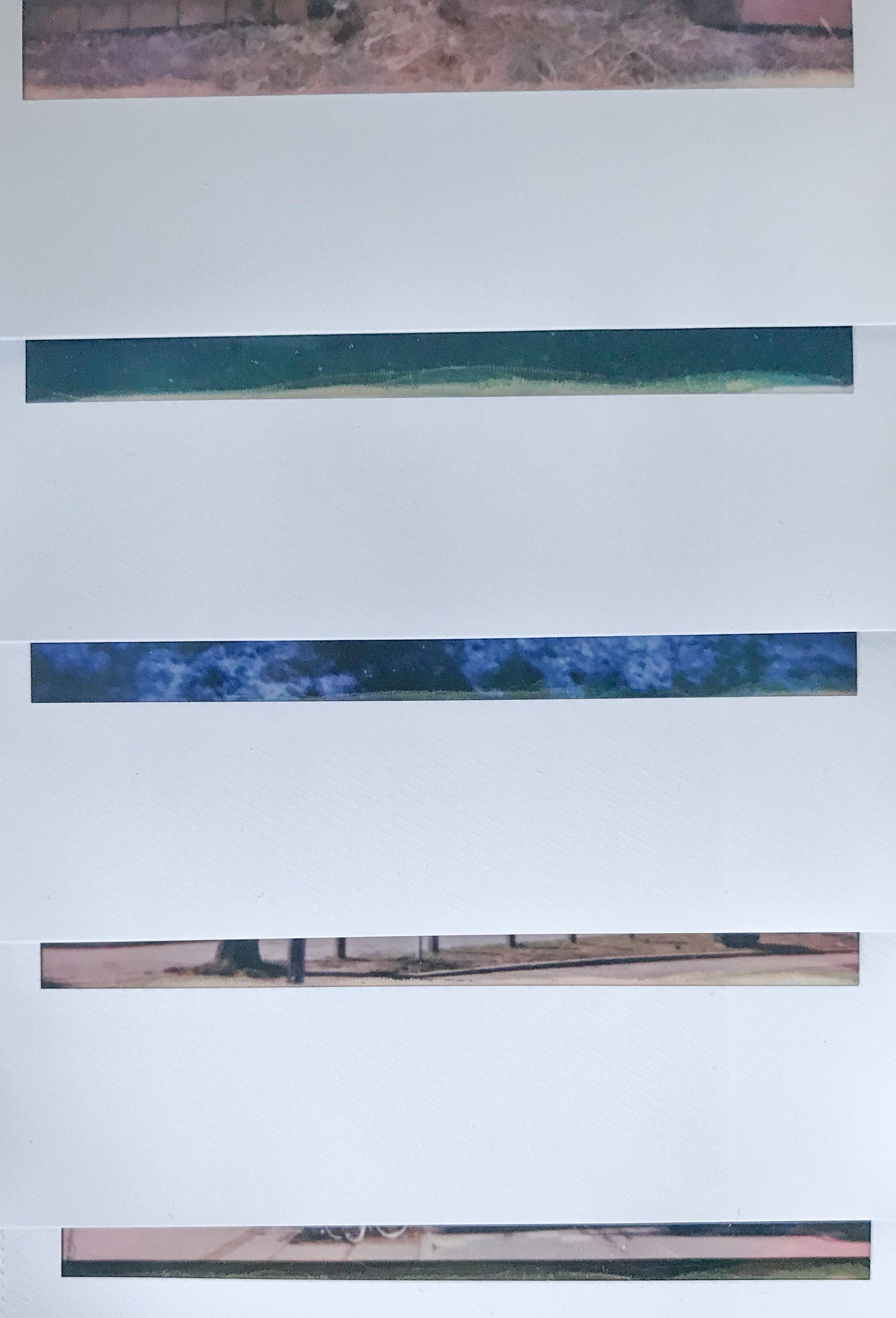 With either film or digital the response curve from the darkest to lightest details to which the camera is sensitive can vary from one camera (digital) or film to the next. Even if the midtones are exposed identically, the highlights may be brighter or darker from one film to the next or from one digital camera to the next. The same is true for the shadows.

Then there’s the whole reciprocity error (Schwarzschild effect) thing with film when exposing for longer than about one second.

Unless the exposure times were long enough that the Schwarzschild effect comes into play (and your recent comment indicates they weren’t), your specific case to me seems to most likely be due to overexposure of the film when shot or over development of the film. The reason the digital images are not also overexposed may be due, in part, the lower sensitivity of the digital camera at the same ISO setting but is probably most influenced by a processing algorithm such as Canon’s Auto Lighting Optimizer or an Auto setting in the profile used by Adobe Camera Raw that alters the gamma curves when converting the raw data based on the content of the scene.

To be more specific regarding the case of the example photos in the question: ACR ignores most of the “maker notes” section of the EXIF data that save the in-camera settings at the time the photo was taken. When you opened the raw files in ACR the default profile ACR used to interpret the data in the raw files likely applied some automatic adjustments to prevent displaying the brightest values in the raw data as blown highlights. It likely did the digital equivalent of reducing the development time of the analog negative to prevent blowing the highlights. But your analog negatives were developed without such a consideration for the overexposed highlights.

Had you opened the same raw files in Canon’s Digital Photo Professional with the Neutral picture style applied, Auto Lighting Optimizer disabled, and everything else (brightness, contrast, highlights, shadow, etc.) set to “0” you would probably have gotten results much closer to what the film lab gave you than you did using ACR with an unknown profile applied.

Remember, there is almost always more information in a raw image file than can be displayed on an 8-bit monitor. This is particularly the case with images of high dynamic range scenes. So when you open a raw file in ACR, or any other application that displays an image from the data in a raw file, what you see on the screen is only one interpretation of that data. You’re not actually looking at the data itself.

I’m using indirect lighting to lit a room. The light is coming through the window, but still the inside is too dark compared to the real light . if i bring up the environment or light intensity, it will look the exterior is burnt out ( too bright)… it’s already on the limit. How to just make the bounced light (indirect light) brighter ?

When I use my mirrorless camera, an Olympus OM-D EM1 Mark II, in a dark room, the EVF shows the room as though it is fully lit, but the lens does not have the same brightness.

Is this because the EVF has lower resolution, so they just crank up the ISO?

If I take one photo with long exposure and dimmer lights and then another photo with short exposure but lights brighter to the level enough to compensate for the shorter exposure – what differences between the two photos should I expect to see? Would be interesting to hear both theoretical and practical answers.

I've seen this before. Any idea why? 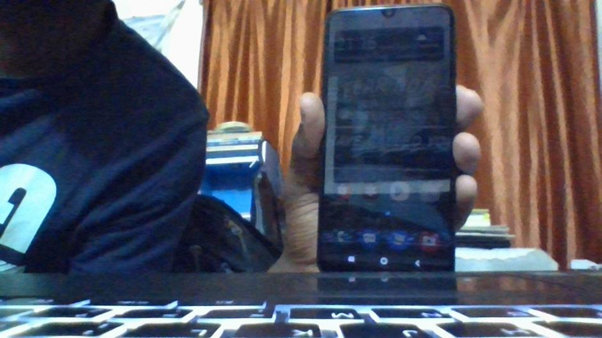 If you really do not want to know the truth
You can read this
but dismiss it.

That is absolutely your vocation.

Go ahead and dismiss what I say if you want.
Nobody has a gun on his head.

They were programmed to believe it.
You are not alone, we were all there.
I will try to wash you away with the truth now.
Sit down and be quiet.
You may need to read it two or three times to get the information.
That's the truth that will set you free.

– Test everything.
– Set your prejudices aside.
– Do not take my word: go and check the facts.

The word "fossil" comes from the French and means "dug up".
The word "dinosaur" comes from two Greek words meaning "terrible lizard": a word invented in the 19th century to describe reptile fossils.

Everything in the mud under extreme pressure during the global flood turned to stone.

For about a year and a half, minerals permeated plant and animal tissues. The mud also turned to stone when compressed under the weight of billions of tons of water.
– Stone can not be dated.
– Once around the sun is a year: you can not hold up a stone and decide how many times it was around the sun.

Yet there are fish fossils all over the planet. even on the tops of the mountains.

Every fossil in the world is the result of the worldwide flood. Period.
** Everything lived ten times longer before the flood **

I used to work with reptiles: I learned, among other things, that they NEVER stop growing as long as they live.

In the air 50% more oxygen was contained before the flood.
As in a hyperbaric chamber, everything lived longer because of the air quality. We know that because we have air samples before the flood; extracted from bubbles enclosed in fossilized juice (amber).

The belief in lies about evolution makes you guilty of making God a liar. This is slander against the Most High: spiritual betrayal.

You have heard of bacteria that "evolve"?
No, simply, the harder bacteria were not killed by the antibiotic at all. The weaker bacteria were. All that remains are "resistant" bacteria. They were never exposed to antibiotics from the beginning. They have never evolved & # 39;

Do you want to see evolution?
If God wants to raise children for Abraham from the stones, He can do it.
He does not need any of us.
He can change in an instant … He does not need millennia.