Yongnuo is probably the most well-known brand that makes generic RT flashes. Not all of her flashes use the RT protocol. In fact, most of her flashes don't. But those who have an "RT" in the model number, like the YN600EX-RT II. In the Yongnuo naming convention, EX means that the flash is TTL capable. The RT means that the Canon RT radio protocol is used. Most Yongnuo TTL flashes can also perform HSS, second curtain sync, multiple flash, etc.

If you only use flash units, RT is not a bad way. However, if you ever want to mix flashes with more powerful mono lights, either battery-powered portable or mains-powered studio lights, you can only trigger these flashes by connecting an RT receiver unit to the wired trigger connector to "fire" the mono light. To change the power supply or other settings, you must do so directly on the control panel of the flash. You are almost certainly limited to manual power control without HSS, E-TTL, second curtain synchronization, etc.

There is another wireless system that offers compatibility with luminaires in its product range, from manual compact flashes with low power consumption and a guide number of less than 40 meters to very powerful studio lights with an output of more than 1,000 watt seconds. This is Godox, which is also sold under various trade names. For example, Adorama in the USA sells Godox products under the "Flashpoint" label. There are also vendors in Europe that sell Godox products using a private label.

Using a TTL-enabled receiver with the Godox system enables remote control of the power supply, use of HSS, etc., as long as the flash is able to do the same directly on the camera's hot shoe.

This is something to think about before delving too deeply into a radio protocol for flash units.

I have a Canon 7Dii, Canon 430EXii and a Phottix Ares Trigger.
The flash attached to the camera's hot shoe fires, and when mounted on a softbox stand, the pilot button fires the flash.
As soon as I try to use the remote release, the system fails. The batteries are fine, with the intermittent flashing yellow light on the triggers, and both are set to the same channel, but nothing happens when I press the test button. It also doesn't fire on the trigger.
I've made it work in the past, so I think this is a setting issue either in the camera or on the flash, but after reading all the manuals, I don't know what's wrong.
Any help would be appreciated.

I have a Canon M6 Mark II camera and recently bought an Elgato Cam Link so I can use it as a very high quality webcam during social distance. I got it working fairly quickly, but even with a "clean" HDMI output, the autofocus rectangle still appears regardless of the focus setting. I would prefer autofocus, but can live with manual focus, but even if MF is set, the rectangle is still displayed.

I tried the following (with result):

This is frustrating because there is nothing "clean" about the display of the AF rectangle IMO. This usage was not expected before buying the camera, because so far I have only taken still pictures and have not used any videos. If necessary, I use the Canon 22mm EF-M lens.

I've seen a lot of recommendations online for cameras of the same family (M50, M100, M6 I) and not many specifically for the M6 ​​II. Either it says that you can't remove the box, or switching to MF removes it. Neither seems to be the case unless there is a way to switch to MF that I haven't tried yet.

This is not particularly important to me, but I wanted to ask whether there really is a solution and for clearer search engine optimization than the many outdated camera forums in which I used to look for a solution.

When importing RAW + JPG images from my Canon 60D into Apple Photos on macOS 10.15, some are combined, most separated. How can I fix it all? I imported about 300 pictures before this started. I tried shifting the times with HoudahGeo in the hope that this could make a difference since I took the pictures in 6 different time zones and forgot to change the camera time in some places.

How do I set the shutter on a Canon Powershot SX70 to lamp setting? 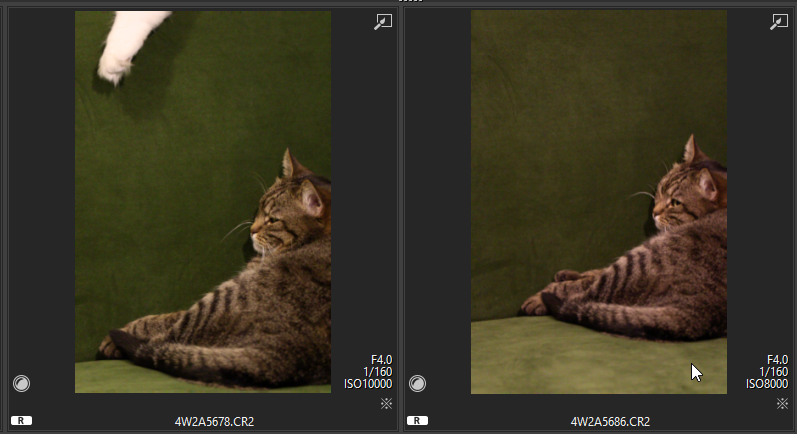 The second picture looks reddish. I tried moving the micro-adjustment slider 7 points towards green, but I don't like it as much as the first image with the default settings. 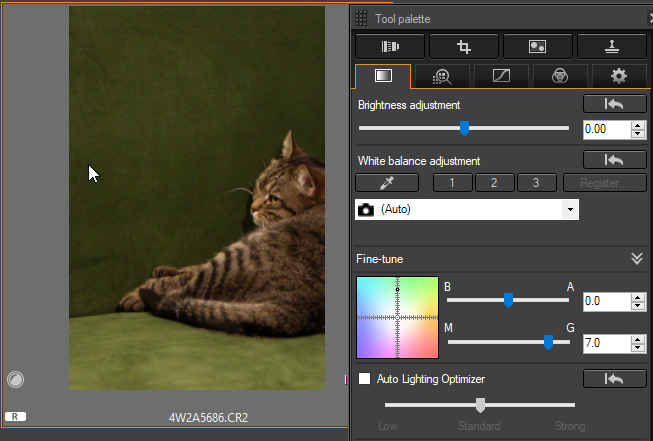 I need to know how to copy white balance settings and apply them to another file. I only found the option to register the "Click White Balance" profile. If DPP 4 cannot do this, is there any third party software that can?

we have to find its canonical form. I found that when $ c = d $ it is parabolic, otherwise it is hyperbolic.

I managed to find the equation if it is parabolic (delta = 0), but I tried to find the hyperbolic form (if delta> 0) and I did it.

On this picture you can see my calculations,
and here after inserting it into the given equation.

I'm trying to change the aperture mode with the orange gear: 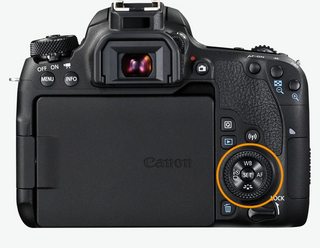 while recording in manual "M" mode.

The lock switch is not active (down).

I'm torn between a new full screen A7ii or a Canon T7i. I am currently photographing on a Canon Digital Rebell and have a kit glass that I can use when I buy the T7i. I photograph many landscapes, wild animals, picturesque pictures. I have heard that the full screen is better for taking the Milky Way galaxy that I want to try.

Which one would you buy 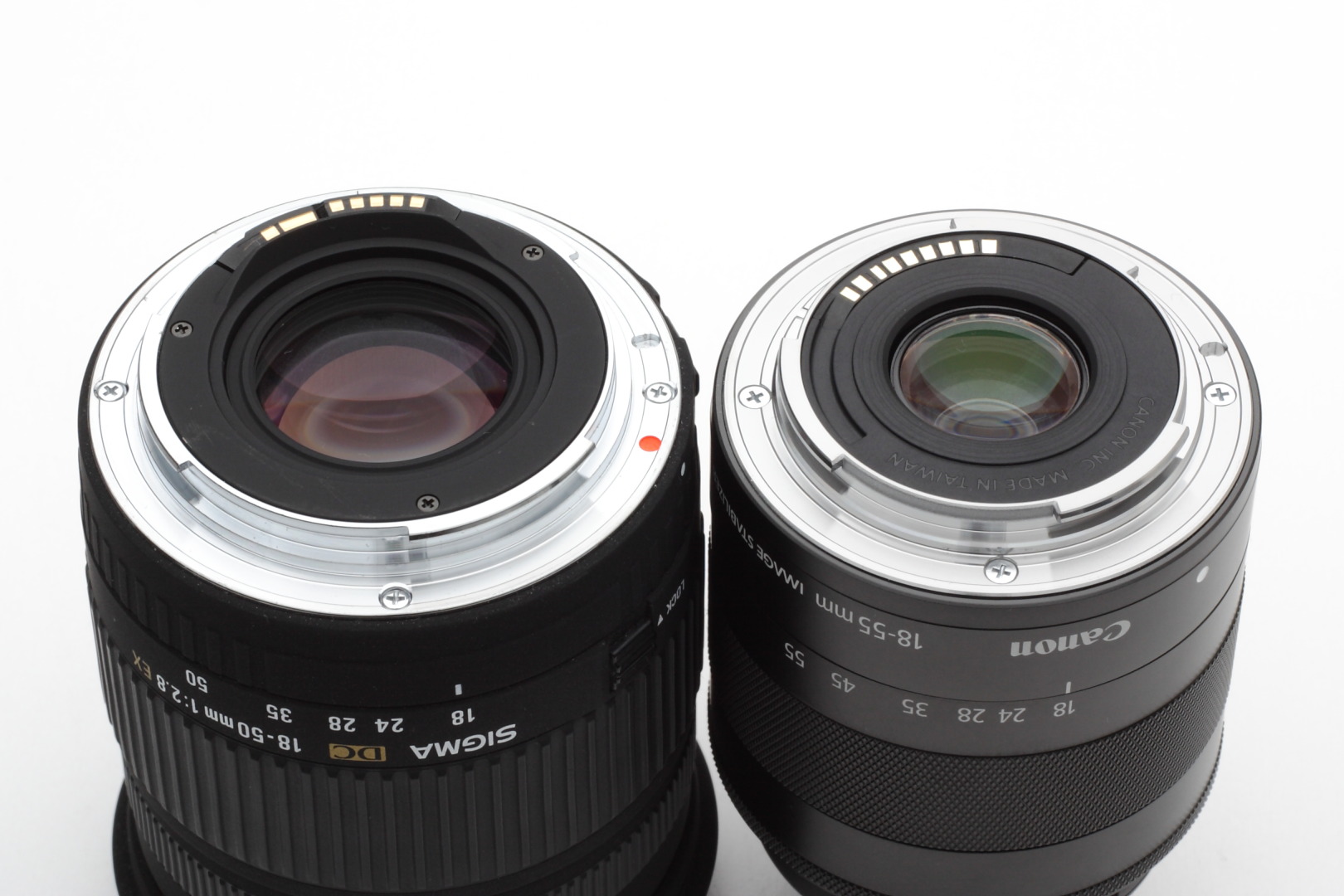 If the lens fits on the EF-M frame, it will not fit on the EF-S frame without adjusting the physical connection. But even if there were such an adapter, you would never reach the full focus range to infinity with one, since the depth of the mounts is also different.

The EF / EF-S bracket is 44 mm deep. EF-M is 18 mm. Each EF-M lens would therefore be 26 mm further away from the sensor than is intended for sitting. This would be like using a macro extension tube and would limit the ability of the lens to focus at the other end. And this distance is probably far too large to be compensated for with a teleconverter element in an adapter.

See also: Can I use lens brand X for the Y brand interchangeable lens camera?