I have a locked phone (forgotten PIN). And due to many incorrect attempts, the gatekeeper timeout or cooldown period is stuck at 480s.

Is there anyway to reset this failed decrypts counter, so that brute forcing could be done feasibly?

I’m working on a project where the program can detect when its being scanned for malicious purposes by checking how many ports are being scanned at the same time and scanning them back using the SYN method for TCP and the IMCP response for UDP.

I would like to know if the TCP or UDP protocol is better for a so called “stealth-counter-scan” to the target without getting noticed. I have some ideas like:


Grouping in a View is being used to show a list of items in a table, each row is numbered using Result Counter. However, the View uses grouping which causes the results to be jumbled. See enclosed image.

Any ideas how to renumber the rows correctly, also is there a way list the row numbers in reverse order. 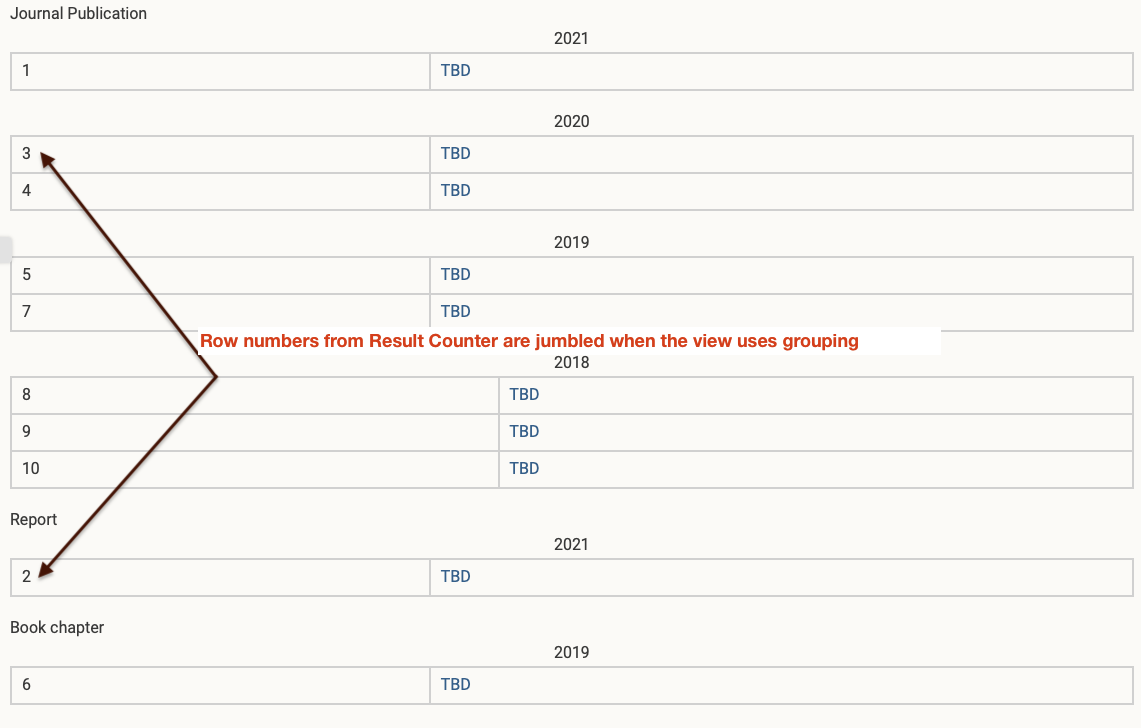 Just trying to solve the second part of a question with two parts.
First part was to prove that you can’t add decrement method to a standart binary counter without hurting the amortized complexity and change it to be more than O(1).
This part i have done with no problems.

The second part, is to tell how you can change the structure such that it will support decreament and increase methods and the amortized complexity will stay O(1).
I never saw something like this and it really confusing me what they want me to do.
Their solution is that anytime you want to change 0 to 1 you change it to minus 1.
Problem is, i can’t understand what they meant, i mean, on which stracture you are inserting this change and how does it improved the complexity (if you change to -1 you stil going to the same dead end).

All your win1, win2 and win3 functions are essentially the same. When you have multiple functions/pieces of code that are nearly identical, look at what parts of them are the same, and what parts are different. Make the identical parts the body of a function, and the differing parts parameters of the function.

In the case of those three functions, they’re all the same; except for the bonus factor. Simply make that a parameter:

Then change the callsite to use the same function:

And better yet, the 6, 4 and 2 should be extracted out into constants at the top of the file so they’re named and easily modifiable.

That reduced the duplication of those three functions, but there’s multiple things that need to be said about a:

Speaking of memory usage, you’re using recursion for basic looping, which is not a good thing. Your spin function is essentially:

Every single time your player takes another turn, spin is allocating another stack frame, and taking up more memory. If your player were to take ~1000 turns, your program would crash due to the stack being exhausted. Change that function to a basic while loop:

A few changes I made:

You’re making heavy use of global variables. This is quite common when starting out, but it’s a habit you should work to fix quickly. General rules of thumb to follow unless you have good reason to do otherwise:

As an alternative, you may also find that creating a class to maintain a state is a cleaner choice as well. That’s getting a little more advanced though.

I’m going to show the full final code below, but I needed to make many small fixes to make it clean. Please be aware of formatting. Yes, it is very important. You have many places in your code where care was not taken to make it consistent and readable:

If you’re going to write Python, you should spend an afternoon to read over PEP8 at least once. The look of your code reflects strongly on that care that was taken while writing it. You want you code to look sharp, and clean. You may have your own stylistic preferences, but be consistent when applying them, and when in doubt, stick to PEP8.

First off sorry for the bad terminology but I’m a newbie and would really appreciate some help – I’ve bought my first film camera, it is an Olympus MJU zoom 70 from an as-is sale and everything seemed to be working fine.

I took 9 shots with it already but the lens got stuck while I was playing with the zoom functions. I couldn’t turn the camera off, and I read online that I should open the film door to reset the whole camera. I pressed the release door button (while holding the door down so the door wouldn’t open and films inside wouldn’t get exposed to light), and it managed to “unstick” my camera lens, but I didn’t know that it would reset the film counter back to 1.

I honestly don’t know how a film camera works, so questions below:

I don’t really want to get the film developed right now as there are still quite a lot of exposures left and it’s quite expensive to get it developed where I live. Thanks!

first off sry for the bad terminology but im a newbie and would really appreciate some help – i bought my first film cam, an olympus mju zoom 70 from an asis sale and everything seemed to be working fine, i took 9 shots with it already until the lens got stuck when i was playing with the zoom functions. i couldn’t turn the camera off and i read online that i should open the film door to reset the whole camera. i pressed the release door button (while holding the door down so the door wouldn’t open and films inside wouldn’t get exposed to light), and it managed to “unstuck” my camera lens but i didn’t know that it would rewind the film and reset the counter back to 1. i honestly don’t know how a film camera works so can the films inside still be used? can i continue taking photos with it as per normal? don’t really want to get it developed now as there are still quite a lot of films left and it’s quite expensive to get it developed where i live. thanks!

This is expected as time is passed “by value” (you copy the content of the variable “into the function”).

Perhaps you need to change your approach to “timer” as there appears to be no equivalent to “get_timer” to get the time left before the event is fired.

I’m not exactly sure how your whole game is developed, but you probably need to track the time yourself so that you can check the time left.

I’m not fluent in pygame, but, based on your previous question and pygame’s documentation, perhaps something like this would work:

That’s the gist of it. You start a “Clock” when you fire the bullet; each update, you “update” it via it’s tick() method to check how much time has passed since the last “tick()”. You remove that time from the “time left”; once that counter gets below 0, you know that you’re done and should clean it up. You have access to the time left so you can use it to update your label.

You’ll probably want to rearrange some of what I wrote to suit your needs.

As I mentioned, I’m not fluent with pygame, and so maybe someone else has a better approach to propose.

I’m making my first card game with React.js and I’m stuck at one point.
How can I display the total win count?
For example, if in this game the computer scored 10 points and won, and in the next 15 more points the global counter should show 25.