Skip to content
Closed. This question needs to be more focused. No responses are currently accepted.

Do you want to improve this question? Update the question so that it only focuses on one problem by editing this post.

At a time when machine learning algorithms are developing and. are becoming more and more available. What do you think about the design field for AI?
Since the question is quite extensive, I will try to write some insights 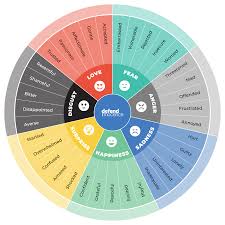 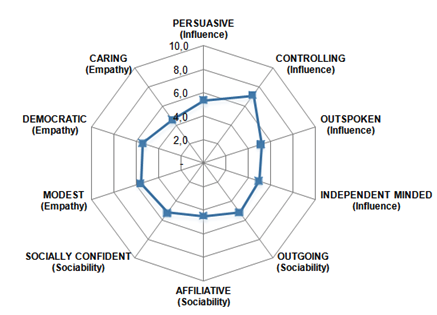 I am developing a blog system. There can be several relationships between the user entity and the post entity, e.g.

I decided to use the mapping table to represent this relationship. Although these relationships are completely different in the real world, they seem to have many similar areas, such as that created_time, modified_timenot to mention the two foreign keys (also primary keys) (userid, postid).

Now it seems to me that I have two options:

Which path should I take and what are the advantages and disadvantages? Or are there other options?

I looked up a website (page link here) and noticed this at the bottom of the page (one of the few times I managed to scroll that far):

It shows a toggle that is used to sort the comments added at the end of an article. I have never seen this before (at least in this scenario).

This is a different pattern than the one normally used for tables, i.e. H. Filter dropdowns or sort headers. I am thinking about the usability of this design pattern and whether it is something that was created specifically for a mobile long page initial design.

Is there another similar implementation example someone picked up from other types of websites?

Don't forget to consider the mobile touchscreen and users with disabilities.

In order to use a slider, the movement dynamics and the displayed numbers must be clickable, so that exact values ​​can be entered in each field to correct the selection made with the slider.

A "dynamic slider" would change the number slightly for larger movements – and on the right ball would roll up 5 seconds if held in the middle and 10 seconds if pressed and held to the far right.

Letting go would center the bar generically so that each ball can be easily clicked and pushed to the left or right as often as necessary to fine-tune each number. For example, you chose 24-28 and now they are so close that they can no longer be adjusted. Instead, display the following: 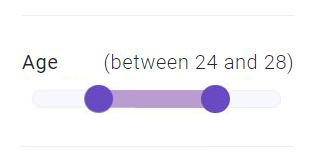 An additional control could be a centrally located gripper. Once the width of the area is correct, you can tap the center of the bar and slide the area up or down without adjusting the end points. 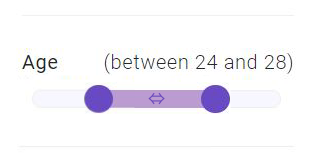 See how each ball is easily accessible on a touchscreen (or mouse), and slide it left or right to adjust the number. Worry about Functionality The length and movement of the slider is not scaled perfectly with the numbers.

Think about how you would do it with two wheels that you pushed up or down to adjust the lower or upper limits. You do not care about the distance between the balls that you want to move and receive a corresponding movement with the corresponding number.

A "simple slider" is too simple and encounters the problem you described. FWIW: Increase the upper range by ~ 40 years to avoid age discrimination.

I have a state machine in which I may have to Restart something if needed (say restart a hardware). But after the restart, I have to do some tests for the thing. If the tests fail, I have to stop the thing and exit the state machine with an error status.

How should I deal with the second halt in the event of a mistake? The state machine diagram loses its readability if I do it as follows. And the implementation gets ugly because I have to choose Stop thing Status output based on the previous status (SUCCESS the first time and ERROR if the condition was reached after failing the tests) 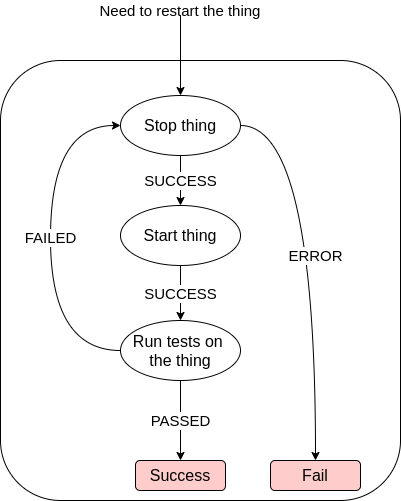 My other option is to create a second instance of Stop thing Condition as follows. But then it makes the state machine bigger 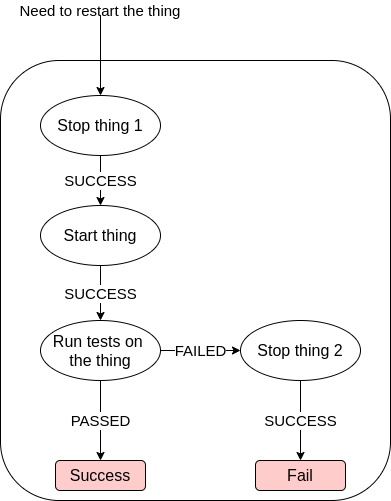 Which one is the right approach? Or is there another way to tackle these types of problems?

If it matters here, I use ROS and smach for state machine implementation

I just downloaded the free iOS 13 GUI for figma and was trying to find out if their app templates conform to a standard grid layout format, and it looks like they aren't – components aren't aligned across the grid in any particular way. So I was wondering if I need to follow a strict layout grid guideline for iOS design or if I should just create my own. I know that some people prefer to use a 12 or 6 layout grid template, but for me it is strange to align my design elements around a 12 or 6 layout grid template and I'd rather use something that is more customizable my own Design needs. Any clarification would be greatly appreciated.

The Stack Exchange network consists of 175 Q&A communities, including Stack Overflow, the largest and most trusted online community, where developers can learn, share their knowledge, and build their careers.

I want to use to create an MVP. I only know Python and JavaScript, hence the backend in Python, the frontend in React.

I will have the following layers:

My plan is to create and save users in Fire base. Seems to be a simple integration. It also seems relatively easy to migrate to a custom system as we grow.

How does it work? bottle Sound? I can use it to create Firebase authentication token endpoints for all CRUD. I'm also thinking of using Django. It can do many things right away. The problem with Flask is a lot of work for validation / database models.

I guess it has to be relational to see follower posts, participate in discussions, etc. So my vote is Postgres. I have to create users Table? I'm pretty sure that given the authenticated request, all user information will be passed and I can create all the necessary joins.

I need instructions on how to model a database for a childcare service (MySQL). I have a scheme that looks like this:

The application records every transaction as a direct debit or credit. I display the running total by subtracting the sum of the fees from the sum of the payments and then grouping them by transdate (weeks).

The part where I'm not sure how to structure it is:

So I should create another table called bill and does it have to record the balance carried forward from the previous billing cycle? This is a very small application that has a maximum of 20 children in the database at any one time.

Partly for use in my own projects and partly for fun when I'm stuck at home, I try to create another "block" based editor.

So far I've used simple objects, starting with a global one window.myeditor Object, then different sub-objects to handle different things. For example I have window.myeditor.toolbar abstract functions for creating toolbars in each block. I also used it Object.create to expand my base window.myeditor.block Object to create different block types (paragraph / heading / etc.) and then create instances of these objects for each element on the page.

However, it gets a bit messy. I cannot use global variables in the objects because they are not instantiated again Object.create and so all my objects see exactly the same variables, not a big problem, but not ideal. I also create functions like _focus() in my main block object, which does some standard tasks and then calls focus() from the inside, a function that should be replaced by subordinate objects so that they can expand this functionality. I also find myself duplicating code (e.g. code to make it bold / italic) that I could probably centralize if I had a clearer way of "modularizing" logic.

Looking at how other projects work, the current favorite seems to be building on classes, most likely via modules, although I'm struggling to familiarize myself with a basic implementation, and I think I'm just screwing up the basic architecture.

For example, I currently have something in the following direction:

Editor Class / module with a global instance for the main editor (not that this is required, but I would ideally design it so that it does not depend on having a global instance for anything, so that multiple editor instances would actually be possible without being mutually exclusive bring to ). This instance contains an instance of BlockRegistry The various block types and a reference to their class are stored here. The editor also has a number of BlockContainer Instances that control a block section on the page. There is a basis Block Class for handling a single block of content to be expanded by plugin block types.

The BlockContainer Class must list all HTML sub-elements and create one SomeBlockTypeThatExtendsBlock Instance for them, with the right handler, but to do this, they need to access them BlockRegistry Instance to see if it's a supported block type and the right class.

I can imagine that I get this problem with different class instances that regularly need access to functions of other instances, but I'm not sure which method is right here, except to constantly access the global instance within modules and pass references everywhere. or just put a code in one place that may have to point to something else.

I think I just miss something obvious and I screw up the basic design.