It’s questionable; your DM is free to rule on this.

It’s not clear that shadows in general are a viable source of obscurement for mask of the wild. All the given examples are A) natural events or objects that B) block vision. Shadows don’t actually block vision, and while they’re arguably ‘natural’ in the sense that they are the inherent consequence of having a light in the darkness, dim light in the context of the game is usually related to having brought a man-made light source into a dark place, which is probably not ‘natural’ in the sense of a thing that happens all on its own without human intervention.

Since the game is not clear that shadows are or are not ‘natural’, then the DM is free to rule on the matter, and whichever way they go, it isn’t wrong.

Just as a personal observation, with dim light being by far the most common source of light obscurement in the game, its exclusion from Mask of the Wild’s list of examples feels meaningful. If the developers intended for shadows to be a valid place to use the ability, why did they fail to mention it? It seems like a strange oversight to make — so strange, in fact, that it doesn’t feel like an oversight at all, but rather an intentional exclusion.

Many creatures have darkvision, and as such treat dim light like bright light, and total darkness as dim light (within 60 feet), and that’s where ruling shadows as a valid source of concealment gets really complicated. “Dim light” to one creature may be treated as “bright light” to another; you might be facing a group of creatures where some perceive enough obscurement for you to hide, while for others you’re still clearly visible.

That isn’t an insurmountable problem; the same thing comes up if you happen to have a creature with blindsight or other extraordinary perception. Still, the sheer fact that darkvision is so common makes dim light much more complicated than the listed sources of ‘natural’ concealment, which affect normal eyes and darkvision equally.

It may be reasonable for a DM to rule that Mask of the Wild works in some dimly lit areas but not others. For example, they might rule that ‘natural’ shadows include dim light due to tree cover, twilight, operating at night under a full moon, or being in total darkness while dealing with creatures that have darkvision; while other shadows are not ‘natural’ and thus can’t be used for Mask of the Wild, such as being on the fringes of a torch’s radius or lurking in an alleyway off a well-lit street.

Still, this idea starts getting into a lot of weird corner cases that can easily devolve into an argument.

What if it’s a moonlit night but you’re also within the ‘dim’ radius of a torch? Which source of dim light “counts”?

What if it’s completely naturally dark, but you’re trying to hide in the dwarf-king’s bedroom, a definitely un-natural environment? That seems distinctly against the theme of Mask of the Wild.

The idea of Mask of the Wild is that you’re adept at using a natural, wild environment to conceal yourself, disappearing into or melting out of foliage (or weather or whatever) where it shouldn’t be possible for somebody to hide. Trying to use shadows for that feels like a different ability entirely, at least to me.

The list of acceptable conditions is foliage, heavy rain, falling snow, mist, and other natural phenomena.

Wiki even has a list of natual phenomena. None of which deal with “dim light”. In fact, most of that list deals with lighting effects, not darkening.

Looking at the plain English definition of Phenomena lists it as:

Dim light has not been remarkable or extraordinary for a very long time.

As a DM, I would also agree with the DM’s ruling: Dim light doesn’t meet the conditions to trigger Mask of the Wild

Heavily obscured areas cause disadvantage on attack rolls, not lightly obscured ones

The rules on Vision and Light state:

(…) A given area might be lightly or heavily obscured. In a lightly obscured area, such as dim light, patchy fog, or moderate foliage, creatures have disadvantage on Wisdom (Perception) checks that rely on sight.

A heavily obscured area–such as darkness, opaque fog, or dense foliage–blocks vision entirely. A creature effectively suffers from the blinded condition when trying to see something in that area. (…)

Notably, the heavily obscured area makes a creature suffer from the blinded condition, this means:

There is no option to adjust light bar brightness in
com.apple.Preferences - General - Game Controller

What should I do, on iPhone, to dim the light bar?

I don’t have game console.

Do I have to dim the light with Linux PC before connecting to iPhone to play games? 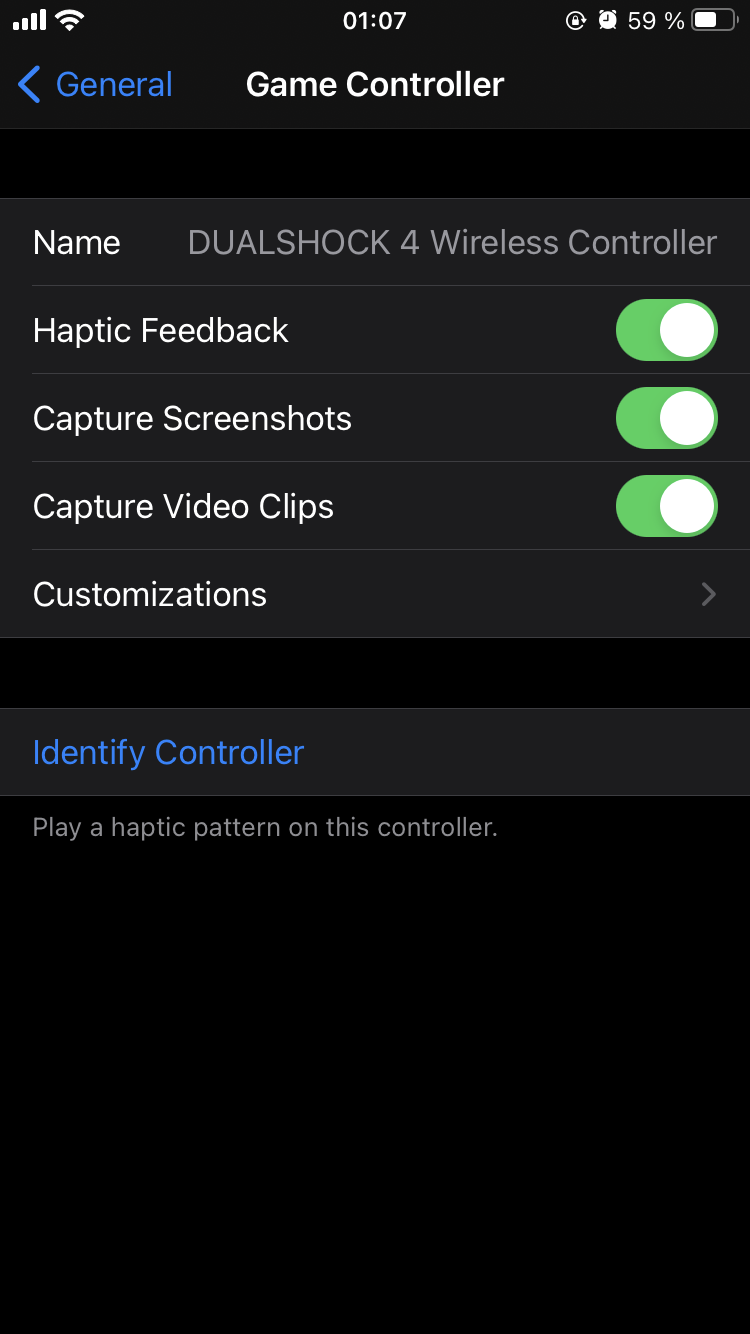 I saw a proof with scalar product but I would like to see an alternative proof or maybe an explanation of the scalar product’s proof.

In Pathfinder 1e, there were options (ex) to provide a long-term/permanent reduction of light in your vicinity.

My 2nd edition Shadowdancer would love some portable darkness that is action efficient; always on (at least for an adventuring day) would be best, but fewer actions (Reaction > 1 Action > 2 Actions > 3 Actions), including retrieval is preferred if there is no permanent option. If there are hands-free options, those are preferred but not necessary.

This is for a current character, so details:

I’d be interested to hear if there was an option for other characters to accomplish this as well, but that would essentially be above and beyond.

I want to display a message to web application users.

saying “Wait.. we are processing your reports”

so it appears then fade off repeatedly.

here is my label

I am running my laptop on Kubuntu 20.04 LTS. Of course, the system has the possibility to gradually dim the screen after a period of inactivity. However, this happens in abrupt steps, which, especially when that is seen in the periphery of the visual field, can be quite disturbing and annoying.

I would rather have the screen darken smoothly: for example, go from brightness of 60% to 30% over a course of a few seconds and then again to 0% in the same tempo. Would that be possible?

I found that one can set the screen brightness by modifying (as a root) the value of /sys/class/backlight/intel_backlight/brightness (the folder intel_backlight might be called differently on your machine), but I do not know how to make this happen automatically. In other words, I would even be able to write the script to do that smoothly but how do I then make the system use it automatically?

Or to clarify further — the Twilight cleric has darkvision out to 300′, that works exactly like anyone’s darkvision (e.g. racial darkvision to 60′).

Unless the spell, item, ability, etc mentions it specifically changing the level of light in a area/radius, then I would say no, it does not change it. Just think about turning on a dim flashlight outside during the day. It is still emitting light, but it doesn’t make a difference. Now take that same light and go into a tunnel or cave and the dim light matters.

Here is an example of an ability changing the level of light:

At 20th level, the paladin can, as an action, surround himself or
herself with an aura of gloom that lasts for 1 minute. The aura
reduces any bright light in a 30-foot radius around the paladin to dim
light.

The shadows turn dim light within 10 feet of you into darkness, and
bright light in the same area to dim light.

To clarify, though: For some spells or effects, such as the Twilight Domain’s Channel Divinity, it is possible to be in the area of dim light from a spell/effect and be affected by it even if you are in an area with bright light… Because magic in D&D does not follow our world’s physics to a T.