I’m having trouble rebooting Samsung Galaxy Note 3, where it starts rebooting after holding lock button, but blacks out when/before it reaches lock screen. After blacking out (or before rebooting) it toggles empty charging battery logo in intervals and vibrates in between. As shown in the video here.

I just replaced new battery with the old one and got same behavior. However, when I connected phone to power supply (battery taken out, connected 3.8V straight to the pins), phone boots up perfectly normal and operates normally, as if nothing happened in the first place. This might be worth mentioning; the current supply, mean reboot sequence, can be pretty high (some times, e.g. right before it gets to lock screen, there is a current spike of 1A – 1.5A) but drawn current is lowered few seconds after boot to cca 200 mA and only spikes up (then back down) if any application is opened (that is, if there is action).

So that got me thinking that old battery is incapable of supplying needed current for reboot, but doesn’t look like that this is it, since response is the same as in the case of new battery (got original).

EDIT: I just accidentally found out if I short negative pin of battery and another one in between negative and positive pin, while phone is rebooting, it reboots normally, without issues and operates normally further on, even if shorted connection between those two pins is removed.
Also am able to reboot it normally from now on and don’t need to short those two pins each time on reboot sequence.

How can one disable automatic screen turn-off during call on Samsung Galaxy S9?

All the solutions I have seen so far do not apply to Android 10, One UI 1.0. For example, I don’t see any Turn off screen during calls option that this answer for Tecno F7 by geffchang is referring to: 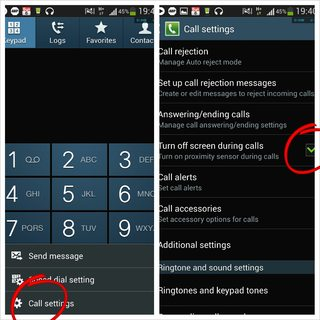 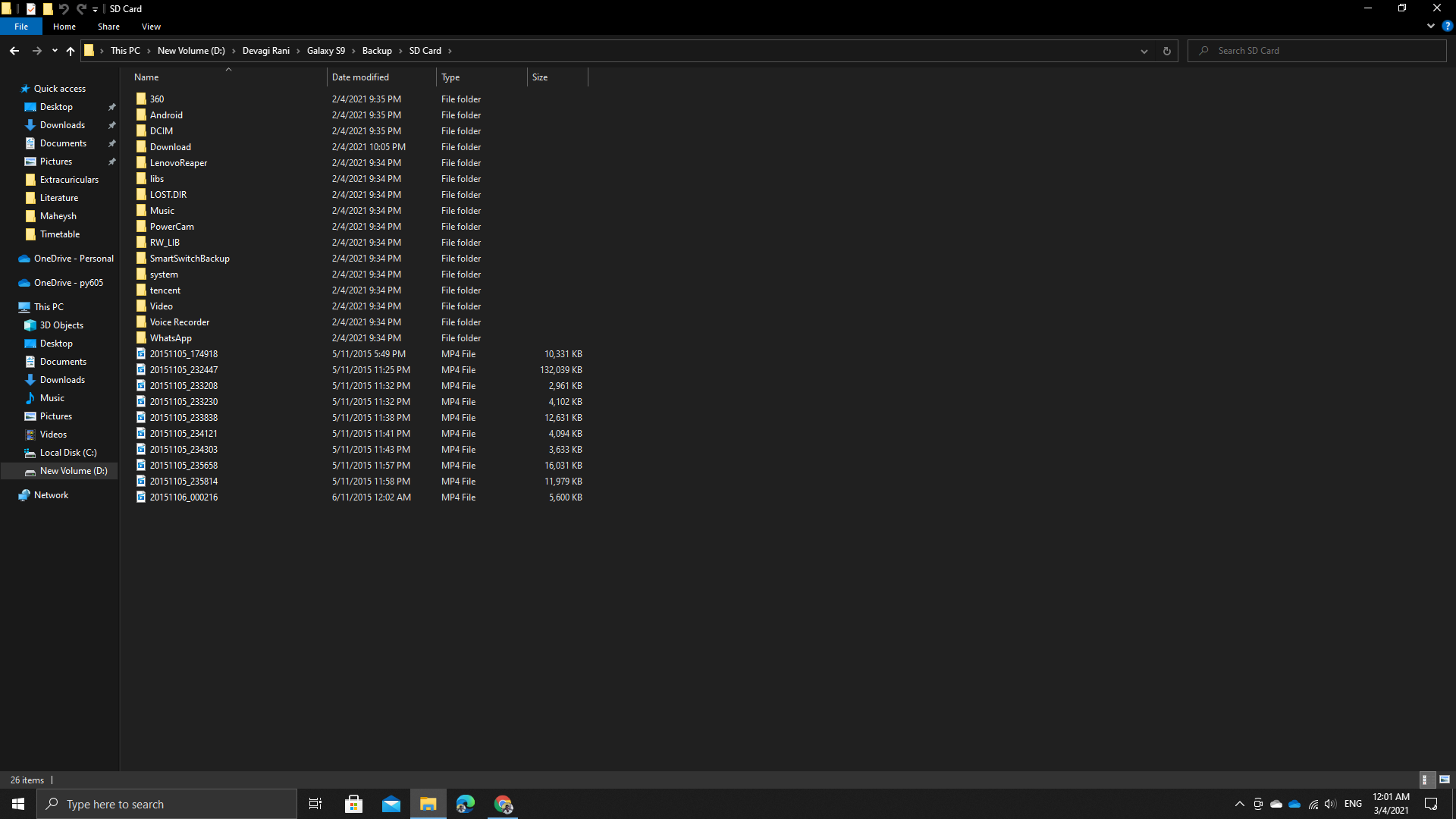 My phone froze and won’t respond to anything, what can I do ?

so, I went to change my homescreen wallpaper on my samsung galaxy tab a8.0(sm-t290) and every wallpaper comes out as blurry.

in the gallery they work all well and fine, but as a wallpaper? nope.

but the homescreen? well, the astronomy wallpapers I like..look like something my cat yarked up.

how do I fix this?

Since last week I upgraded my Samsung Galaxy S7 Edge from Samsung’s stock firmware to LineageOS 18.1 by using this message of the XDA forum and installed the “full” edition of NicGApps. Since yesterday the camera does not work any time, which is a behavior I never experienced on the stock Samsung firmware at all. When I open the camera app the screen is black. Also, when I change to the front facing camera. The only temporary solution is to reboot my device and everything works again.

During these two days, I rebooted my device three times, and that cannot be the intention. I tried this with several apps: OpenCamera, Footej Camera, the QR Code scanner of my banking app, all the same and as I wrote, after a reboot everything runs normal again. Does someone know a permanent solution?

My Samsung Galaxy S20 vibrates every time the screen times out and enters lock mode and vice-versa when I press the right button to exit the lock mode and start using the phone.

How do I remove this behavior?

I’m having a very strange problem today with my Galaxy S10+.

I had an update yesterday evening, and all of today it’s been broken in a weird way. This’ll be a longish post because I want to be really clear about the problems I’m having and explain what I’ve done so far to try fix it. Right off the bat I want to note that these problems are not exclusive to my SD card. My SD card works just fine and my pictures are stored across both my internal storage and the SD card. I’ve tried most of my troubleshooting with and without it in.

Basically, when I open the stock Gallery app, it shows absolutely nothing. None of my pictures or albums show at all. However, the automatically generated Stories work just fine. I can’t select anything, I can’t highlight anything, I can’t change anything. All I see is a blank screen where I can swipe endlessly between Pictures and Albums and see a whole lot of nothing.

My files are perfectly fine and safe from what I can see. I’ve hooked it up to my computer and nothing is missing, damaged, broken or corrupted. They are all there in the My Files app and show all the thumbnails for the pictures. I’ve downloaded another Gallery app from the Play Store and all the pictures are there in the right order and the albums are there too.

But, if I say open a picture in My Files and click Gallery as the app to open the image with, it’ll hang for a while then open a black screen with no buttons on it except the home bar, and all I can do is back out of it. Strangely, when I open the app tray after this, it’ll only show the My Files app being open and not Gallery.

There are two very strange aspects to my problem too – I can’t take photos with the camera or screenshots.

The Camera app won’t save photos no matter whether I choose to point them to the internal storage or the SD card. It’ll show the little preview box showing a picture was taken and do the little animation, but after a while that just turns back into the generic Gallery icon, says “Warning, camera failed” and closes itself.

If I’m quick and click on the icon that shows the picture I took, it’ll just do the same thing. If I try click there before taking a picture, it’ll just open the broken Gallery app after a delay of a few seconds.

I’d love to show some screenshots of my problems but I also can’t take screenshots. I can press the button for it and get the overlay, but if I try to crop them or let it save, it just hangs on the overlay screen and I can’t interact with anything and can only back out.

I can still save photos from online or from apps like Twitter, and apps like Messenger or Line which I use very often allow me to open and browse media and send pictures just fine. They also let me save pictures taken with the camera as long as it’s through those apps and it saves those photos as I’ve set it in the settings of those apps, and I can see them in the My Files app right after.

After spending the whole day googling as best I can, so far I’ve tried the following;

I’ve tried most of these both with and without the SD card in too.

I feel the problem has to be centred around Gallery because it’s only ever when an app needs to use it as a medium for saving, viewing or interacting with a picture where it has issues.

The only thing I can really see that might be causing a problem is that I’ve got a LOT of pictures and videos. We’re talking well over ten thousand pictures spread across the internal storage and the SD card. But a day ago when it worked perfectly fine that didn’t seem to be an issue.

I’ve been using it all day and besides the gallery thing it’s worked just fine. No other apps seem to be broken or have had any weird issues. My notifications are as they normally are. It’s literally just any time I need to use the Gallery app.

So far all my troubleshooting has done is bother me by deleting the wallpapers and theme/icons I had on after coming out of Safe Mode. I’m completely stumped as to what to try short of a full factory restore, and I really don’t want to have to take that option.

Any help would be really appreciated.

i have a Galaxy J3 Orbit phone that i had dropped in water. Everything still works fine and it still charges but now it says the temp is low. help me out please, will I need a new battery or something?

I’m trying to recover data (especially the contacts and photos) from a Samsung Galaxy A40 that was recently factory reset. Syncing data to the Google account was disabled, so that route wasn’t successful.

I tried to get an image of the internal flash. However, with adb shell, I can’t access /dev/block/mmcblk0 because of missing permissions.

I didn’t find anything particular helpful in the stock recovery. Running a custom recovery seems to require unlocking the bootloader. However that potentially opens security holes. Will that further wipe the data?

Do you have any other ideas how to recover the contacts and photos from the device?