I am trying to automatically create a ticket every month in Jira. Jira has a slash command to create tickets, which I could use each month to create a ticket myself, but that would not be different than going to Jira and doing it myself.

I would like to have my custom slackbot send these slash commands on my behalf.

Any other solutions to recurring tickets for Jira that doesn’t require a paid plugin are welcome as well.

There is a Power BI content pack for JIRA to perform this function easily, however this application is no longer available. I think that https://marketplace.atlassian.com/apps/1224…mp;tab=overview is an ideal solution for this purpose. This application is helping to maintain and support all the business and developing tasks, to correct mistakes and bugs and to manage all your products, to make calls between the team etc. So, you can get a flexible agile board and an impressive feature list to manage your projects and tasks.

We are using Jira to track all our tickets and confluence for documentation. We intend to document the test cases covered on Confluence.

Here are a couple requirements:

What should be the workflow here to ensure that all of the test cases(unit, integration, and e2e) are written when the development ticket gets ready for release.

Suppose I have a node that represents a task, or a to-do item:

I want to link this node to another node, such as a sub-task of the original node:

Node 2: Instructions for assembling an engine (Sub-task of Node 1)

Now suppose I have another node that is caused by one of my original nodes, but is not a sub-task of it.

Node 3: How to obtain a driver license (required by Node 1)

When viewing Node 1, it might be helpful to display a view of referenced nodes, but rather than just showing the nodes, it would be useful to show the relationship type as well:

Applications such as Jira handle this via link types. Is functionality like this available within the Drupal ecosystem? Alternatively, what would be a logical way of implementing such functionality?

This question was migrated from Super User because it can be answered on Web Applications Stack Exchange.
Migrated 41 mins ago.


My Ubuntu failed so I had to reinstall and I lost all my Firefox bookmarks, passwords in the process. Yep it’s my fault and I should stop depending on major software companies to watch my back I guess.

I exported and printed my Jira issues before the crash so I have links to specific issues, to the project and for Reporter, which is me. 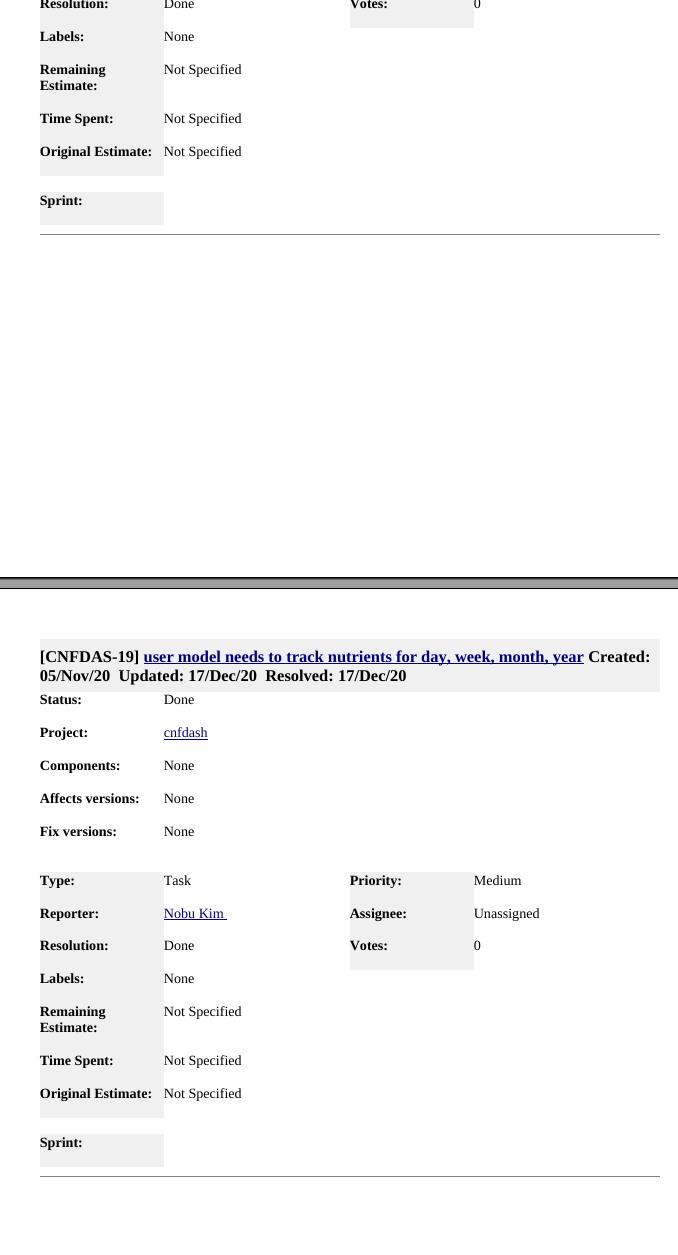 But when I click any of those links, it takes me to the Jira site and then tells me this account does not have access to the project.
What’s frustrating is that at one point one of the emails I thought I used worked for login, I could see my project name but there is no link for it.

I have emailed them asking them to send me just a csv or something with all my issues so I can move on to another issue tracking software but does anyone know how I can get this now?

I’m currently organizing a software project via Jira on my own. Right now I’m the only one who is developing on that project. However it is possible that more people will join the team in near feature.

Im now wondering how to deal with stories and tasks. I/We don’t using Scrum but a Kanban board with three columns (backlog, in progress, done). There a a lot of epics and tasks to do and I just include a new issue Type named “story”. How would you handle the state of the stories?

For example:
There is a story called “As a user I want to print the document” and a couple of Tasks which are related to that story like “add printing button to UI” for example. When starting a task, I will move the card to the “in progress” column. The Question now: Should I move the story on the board to “in progress” too? Should we display stories on the board in general? It’s feeling a bit like doing redundant organization since I/we have to check the stories every time tasks changed “by hand” (checking “are all related tasks done?” If yes than we have to move the story too). Or should I prevent using the concept of stories in general?

I hope it’s understandable what I’m trying to describe.

I would like to get some help or ideas to solve my problems,
I just join a small company as junior project manager and I faced with 2 challenges sorry for my ignorance but I am new into the agile world.

one of my thoughts is that the task goal isn’t clear and simple which may cause gaps in the terms of “done” within the development to the QA team
Please list other reasons from your experience.

I though about Adding news phases in the flow in order to reflect the precise status,
“Ready for Dev” => “In Development” => “Code Review Requested” => “In Code review” => “Ready for Testing” => “In Testing” => Done

Do you have any other solutions ?

When working on a monolith application in a “waterfall” process, a “Fix Version” field makes a lot of sense.

Say you have the “November 2020” planned release, you can add/plan dozens of relevant bugs and features to that release. Other bugs and features may be planned for the next release of “December 2020” and so on. So the “Fix version” field can have the same value for multiple issues/tickets.

Moving to a microservices architecture, the above process is significantly changed – Each microservice has its own release cycles that are completely independent of other MS. If a development team is responsible for 10 different MS, theoretically, each one of them can and should be released without any coupling to the others.

When we add on top of that a CI/CD process, things get even more volatile:

When each and every commit to the master results in a full automation tests suite and a potential (or de facto) version that can be deployed to staging/production, then every commit has its own “Fix Version”.

Taking it to the Jira world (or any other issue tracking system) the meaning of that is that each and every ticket/issue may have its own “Fix Version”. No more a common value that is shared across many tickets, but a disposable “Fix Version” value that will be used once.

Moreover, when an issue is created, you have no way to know in which build it will end up, as other tasks may finish before or after it.

In Jira, creating a “Fix Version” is manual, making the process of updating and ticket’s “Fix Version” a tedious and error-prone work.

So my questions are: