I want to modify a tiny aspect of a widget I currently use, it came with the theme or perhaps the recommended theme toolkit plugin… not sure which.

The widget displays featured pages on the homepage but I’d prefer it to display category instead or the option of both with the same design and style.

I figured I could modify it with the code but I can’t seem to find it.

Anyone know how I can go about fixing this?

I found the code from the parent theme’s function.php

I am working on a project which requires the capabilities of remotely modifying files in android. Is there any way to do that? In fact, any malware with a similar goal will also suffice?

Hello, I need someone who can assist me modify some After Effects files that i will be getting from Envato.

Please reply here if you provide such service and an estimate rate.

and want to customize it to my fittings.

I am relatively new to C++. When learning OpenCV I need to name a window. The title should not be changed afterwards, so I should make it constant. There are two options:

Both do not allow us to modify the declared or defined variables.

Could you tell me which one should I choose?

Vicious Blades: Razor-sharp blades on the surface of the limb cause it
to deal bludgeoning and slashing damage and increase its critical
threat range to 19–20. A constructed pugilist who has the vicious
spikes limb modification can’t select this modification.

Since Vicious Blades is not an effect, but rather a physical modification that physically changes the weapon to be more, well… vicious, would Keen (or a similar effect like Improved Critical) work on a limb so modified, to grant a 17-20 crit range?

For $0 < epsilon < 1$, we say $f in mathcal N$ has $epsilon$-robust fluctuations if for any positive number $delta leq epsilon$, any continuous function $g$ that agrees with $f$ on a set of measure greater than or equal to $1 – delta$ is differentiable on a set of measure at most $delta$. Denote by $S_{epsilon}$ the set of functions with $epsilon$-robust fluctuations.

Since Solarwinds Hack and Hafnium attack involved some degree of unauthorized code modification (orion DLL, creation of web shell), is it possible to use Artificial Intelligence (AI) built into the very application (Solarwinds, Exchange Server) itself to detect and report any unauthorized code modification and unnatural modification its immediate environment (e.g., processes supporting the application, or detection of files such as exfiltrated files that should not be there, in the application binaries folders)?

It is my firm belief that building AI into these application is the only way forward to reduce/stop zero-day exploits.

“Real photographers” ™ would die rather than use a pop up flash. They’d rather have a large piece of extra equipment on top of or remotely linked to the camera at all times to allow variation in lighting level, multi axis bounce, HSS features, diffuser and reflector options, power variation, exposure method control (ADI, TTL, …) and more.

Personally, I find having a pop-up flash IMMENSELY useful and valuable.
By all means make every effort to have a better alternative available, but the popup flash certainly has its place.

At the end I’ve added links to a number of sites carrying DIY and commercial diffusers for popup flashes. Out of these ideas it should be possible to formulate a design that you can whip up almost anywhere if needed. A4 copier paper is often available and liable to be useful. River mud and papyrus may pose more of a challenge.

If necessary you can use a sheet of paper or a (clean ideally) handkerchief to diffuse light. You can make a foldable light reflector which fits in a shirt pocket and provides a wide area of reduced intensity illumination.

A small “pocket mirror” will allow very flexible flash bouncing even when hand held. – I’ve just been photographing object in my kitchen using a hand held mirror and was agreeably surprised by the results – bounce flash. Note to self – add small mirror to ‘ready-action’ bag – probably a metal one.

But often enough the flash as-it-comes is useful.
You say flash power cannot be varied – which would be a rare situation as most systems offer flash/ambient balance and or manual flash control in-camera.
But even if this really isn’t available, you can control the effect of flash by varying distance – a subject illuminated by eg sunlight will maintain essentially constant illuminance (and illumination) as you vary distance to subject but the flash effect will diminish with the inverse of distance squared.
So standing twice as far away and zooming in to compensate will drop flash effect by a factor of 4.

Shadow fill on faces in unavoidable sunlit conditions immensely improves impromptu portraits. If you can’t move the sun or the landscape then shadow filling the faces can be an excellent 3rd choice.

I tend towards what is termed “street photography” in the course of everyday life. Th camera usually mounts a wide range walk-around lens, and a 50 mm and 500 mm are my near constant companions. As is a 56 guide number tilt and swivel flash with “high speed sync” (allows high shutter speed sync) … . I avoid using flash if at all possible – but if I do need it most of the time I’ll use the popup while the “real flash” stays on my hip. Wedding / function / party – the ‘real’ flash gets most use, but even there the popup can be useful.

A point worth noting – flash cycle time of an external time may increase as battery life drops, sometimes quite suddenly. If you are in a situation requiring multiple flashes without too high a guide number you may occasionally get caught out (bad planning but it can happen). Reverting to the internal flash can save the day – and for me at least a camera battery is much faster to change than a set of flash batteries. A fully charged camera battery makes the popup flash about as responsive in cycle time as my external flashes – especially if their batteries are low.

Here is a nice discussion that looks at pros and cons .

Here’s a use for olde world white 35mm film containers as flash diffusers BUT you could do similarly with paper. (Such containers may by now be filed away with the hens’ teeth. 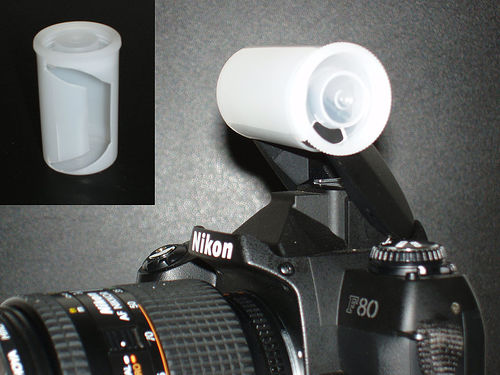 Here’s a DIY model using vacuum bag material – but you could do similar on the fly with many materials and a paper clip of few. With and without examples given.

Some more variants some very ugly 🙂

Bounce flash accessory. You could DIY with a cosmetic mirror 🙂 Your popup flash doesn’t have to suck

Gary Fong add on looks good but too dear.

Singapore site – many versions for external and popup flash. Some good prices.

Looks weird – has some bounce component – may even work. Or not.

OK. Here we go. I just KNOW this is going to hurt me more than it hurts you.

These are chosen from my “Random Maybes” folder on the basis that a flash was used and I THINK it was the internal popup in each case. In a few cases it may not have been. These are largely not photos that I’d present to critical scrutiny on the basis of their photographic merit (as you’ll see 🙂 ) but are examples of a popup flash being usefully used.

Reasonably good results are achieved with the daylight fill-flash photos where there was lots of daylight and the flash has filled out the shadowed areas.

The bread makers sequence (shot in a dark alley in Urumqi in far Northwestern China) was shot in gloomy darkness. I had not expected to need a flash as I wandered the streets – but without one here I would have needed exposures of many seconds and some photos would not have worked at all. Full studio lighting, two lovely assistants to hold reflectors, snooted studio flashes etc would perhaps have given a better photographic result – but probably not – the popup flash probably gives a better atmosphere than anything “superior”.

A number of the people shots have nasty reflections on facial highlights which a “proper” flash would have avoided – but better these photos than none at all – and in most cases the difference is more noticeable when about to be critically examined that usually. Photos of tea tables and interesting food “happened along the way” when fitting an external flash would be inconvenient and not overly justified.

ROLL / SCROLL – do not click or it will exit roll mode into album mode.

A few samples from the web page: 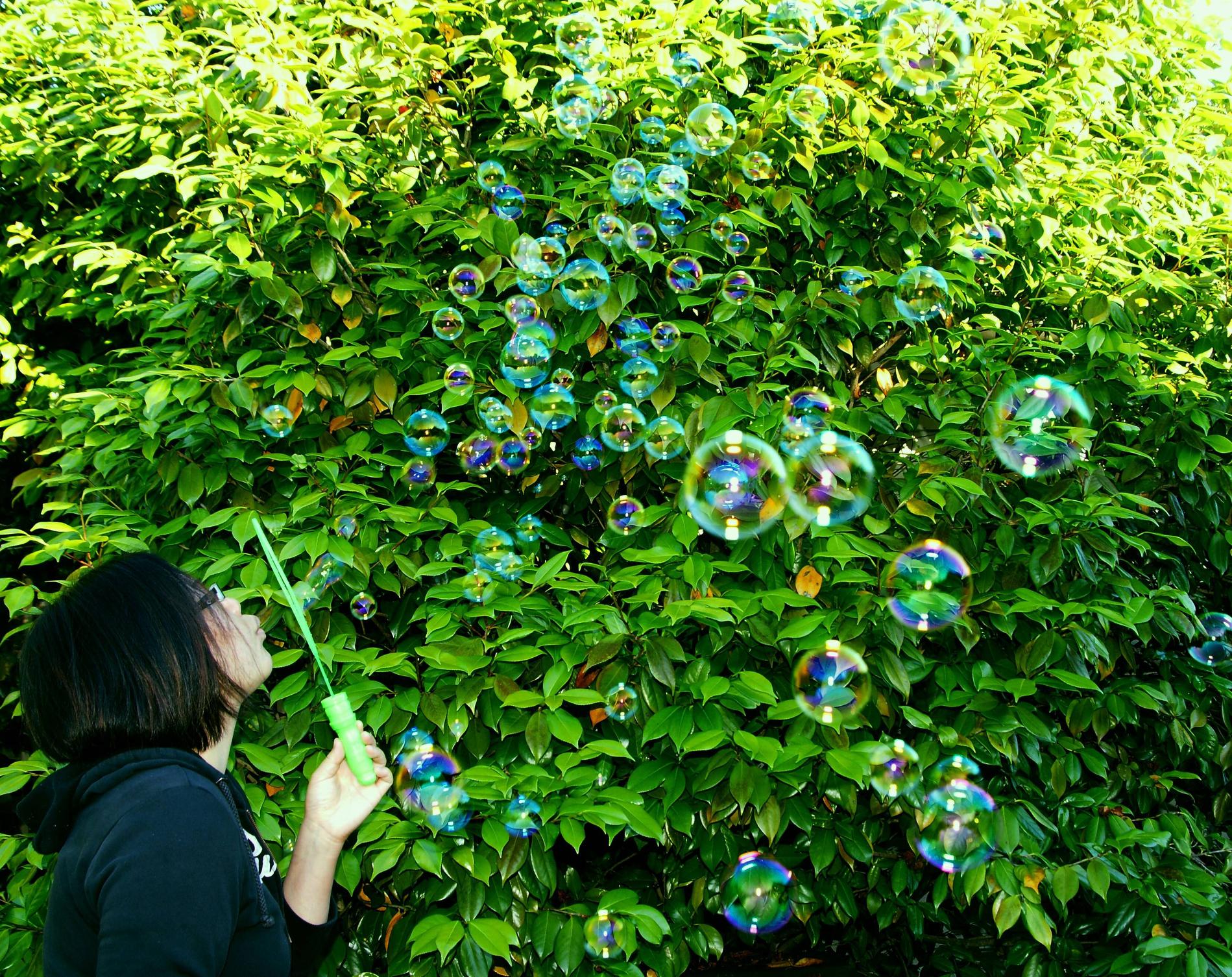 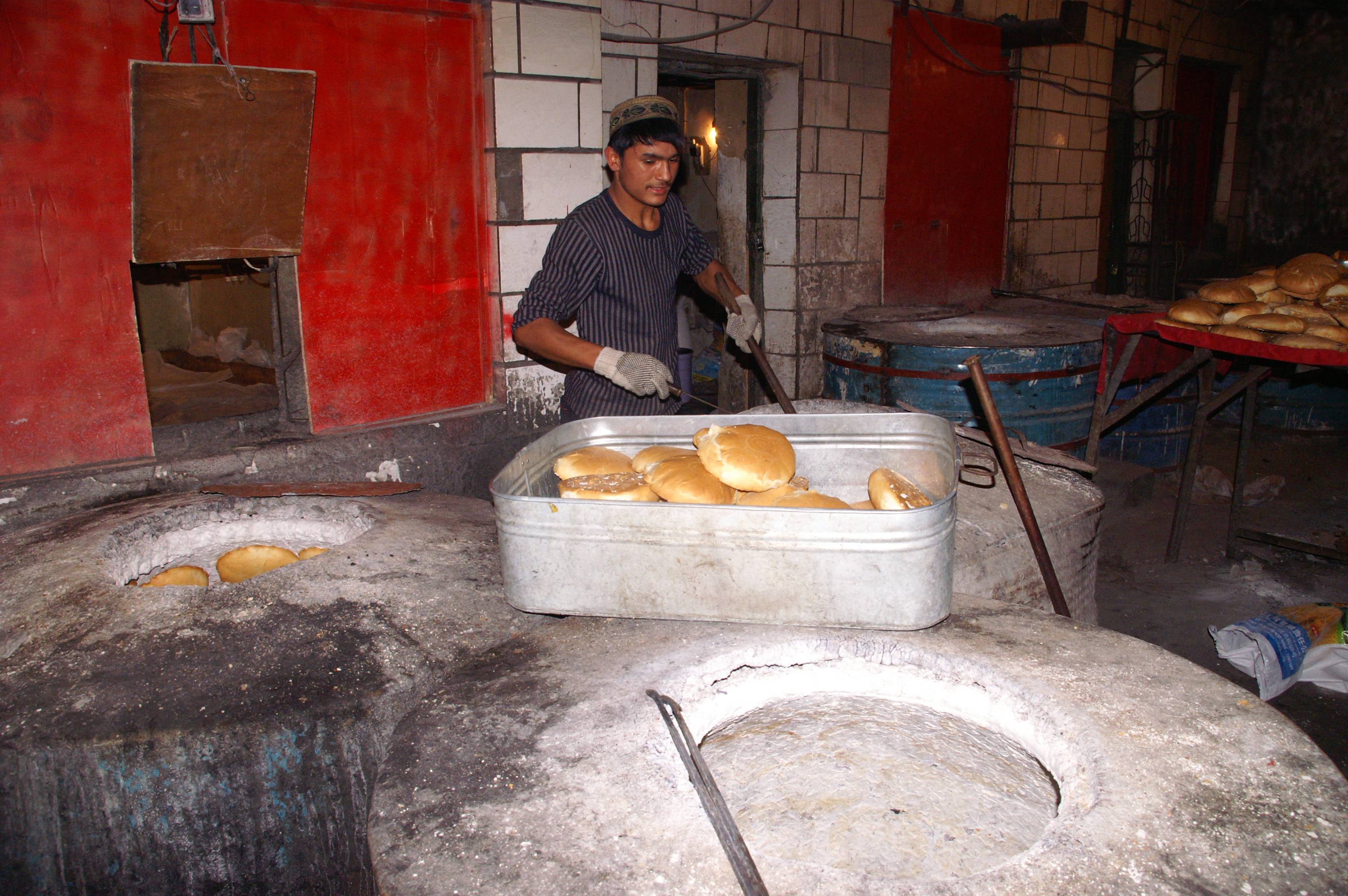 Recycling: About 4pm in latish Autumn. Light getting down but still OK. Fill flash. Copy or download image for higher res version.
Flash shadows can be seen on coat from arm and cart shaft.
Much higher resolution version here 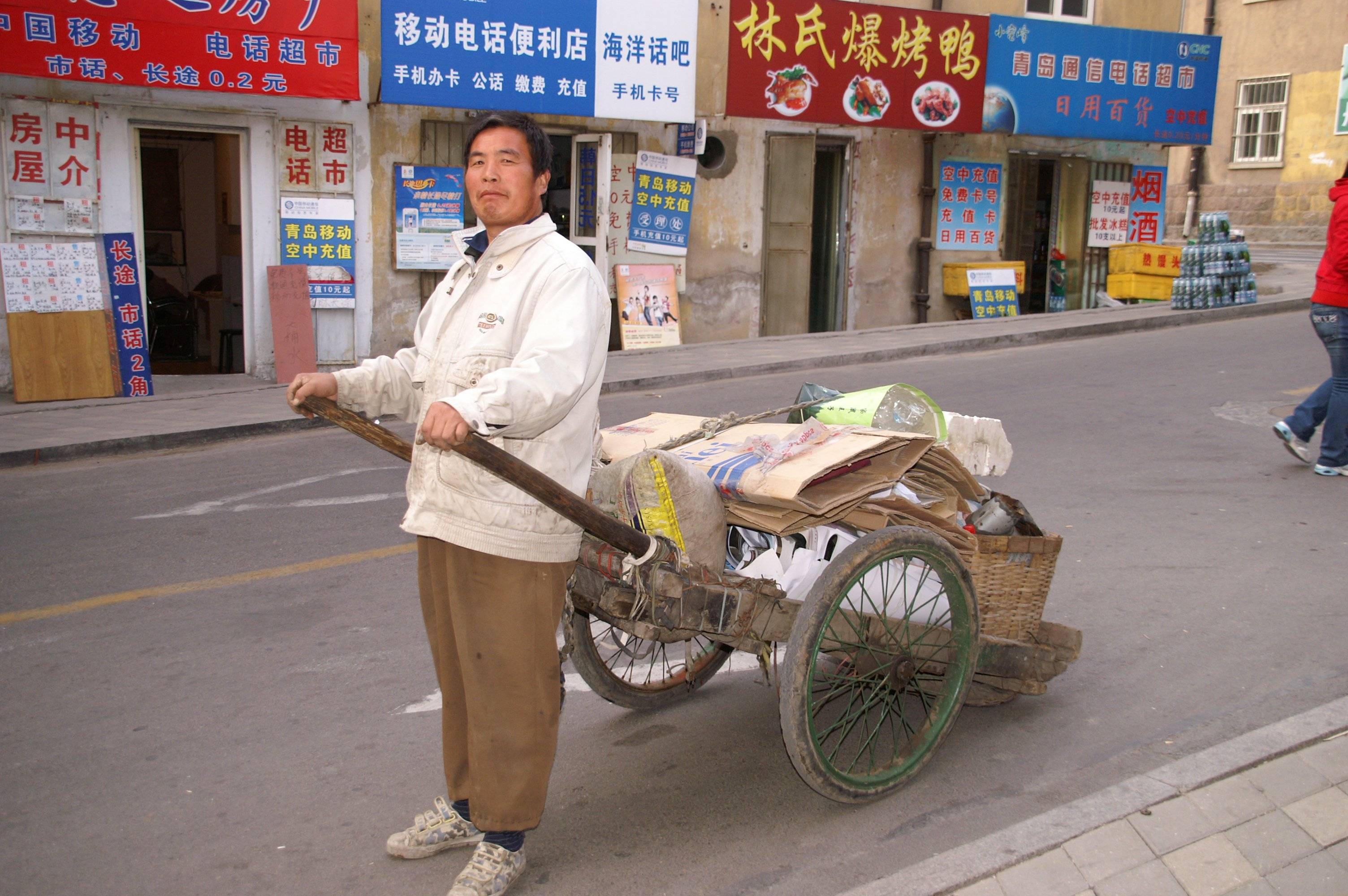 Took this photo a few days ago on the front path of my property. Late in afternoon. Mid Autumn. Light getting low. On camera fill flash contributed substantially to light level. Acceptable? WWIK – but it seems bearable enough. What am I missing? (Answers to that question are welcome).
Larger 2048 x 1365 pixel version – copied from Facebook
Much higher resolution version here 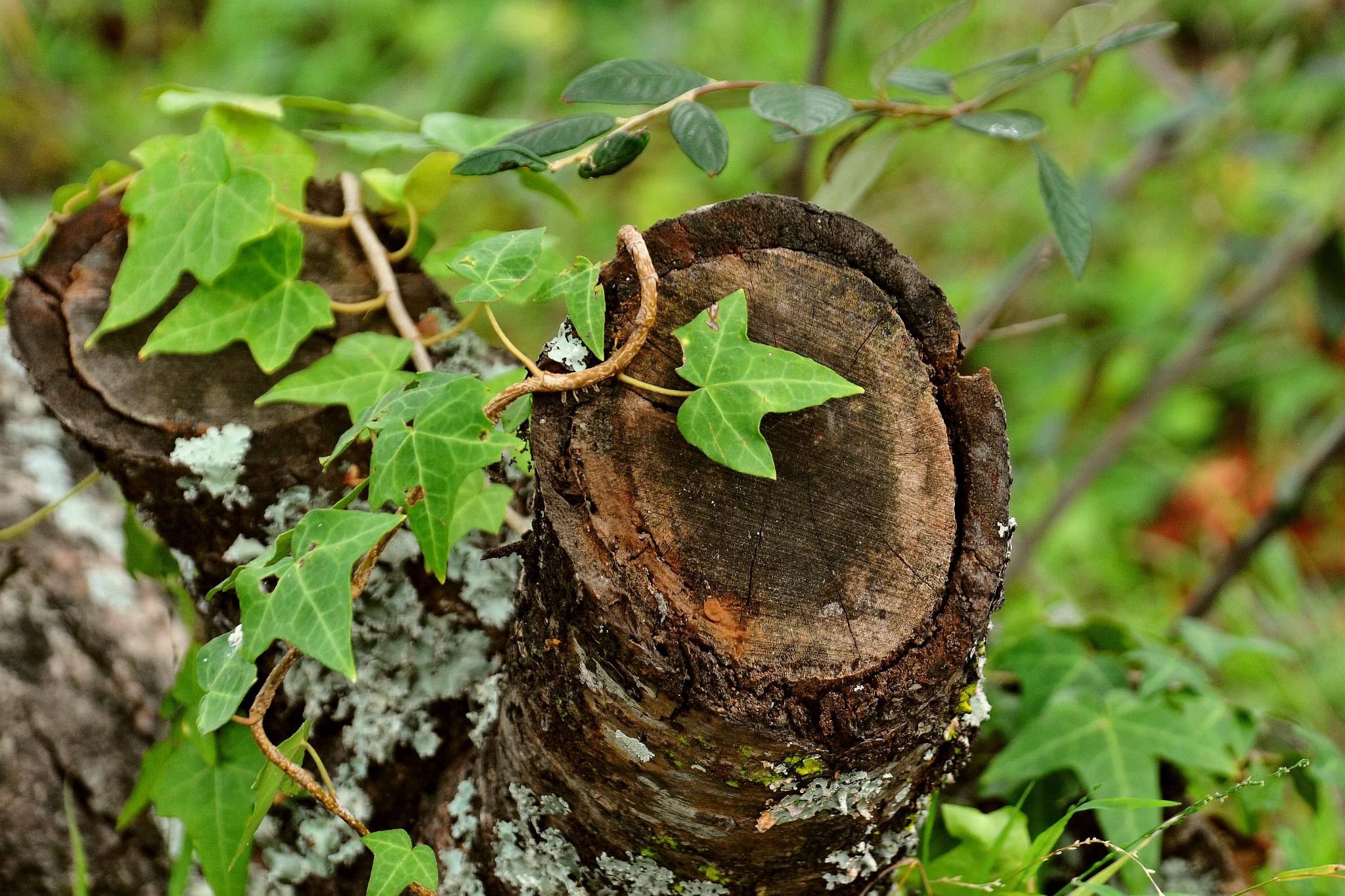 I’ve been trying to modify the sound intensity (volume) of a snare sample via python code.

Both the results are a noisy unpleasant sound, different of the original one.
I plot some graphics to evaluate the wave format, taking a totally inaccurate eye analysis, the data seem similar to the original one.

The code can be found on my github.

I have two questions:

how can I programmatically modify the file creation and modification time for Sharepoint online files?