Tried to perform an update from 20.04 LTS to 20.10. All was going well until the final reboot “into” 20.10, and my computer fails to get to the desktop when booting normally. It flashes between a purple screen and a black screen and never loads the gnome desktop. It then seems to basically hang.

Naturally I then tried recovery mode from grub, and weirdly, everything boots when I go in via this route, choosing “resume”. However there’s still some graphical anomalies during boot, (dialogue box appears with a basic theme on the UEFI background, and then disappears), and I noticed that in – Settings – About, it’s listing llvmpipe as the graphics, rather than the Intel iGPU when I go in this route. Weirdly, it also offers to (and defaults to) boot using the 5.8.0.26 kernel (which I didn’t manually install) above the listing for 5.8.0.25 (which is what I believe 20.10 ships with.

My box is an HP ex-chromebox (Haswell Celeron 2995U. 1.4GHz) which ubuntu has breathed new life into even if it’s a rather weak machine. Thought I’d get used to Ubuntu on something I already had first even if it is weak! Ubuntu opens up so much more than it could originally do so I’d like to get it back, especially as it was really impressive so far.

I have used a discrete GPU on this box though an rather hacky EGPU connected to the WiFi pci-express port (an Nvidia GTX 960) but I usually use the iGPU unless it needs the extra oomph for something – what I think happened during the update, is that the update disabled the proprietary Nvidia drivers and the Nvidia dGPU/iGPU switching, and this has messed up the X.org server settings meaning it doesn’t know what to do for graphics when it boots. Recovery works by switching to the lowest form of compatible graphics modes. Yes I wish I had not made life hard for myself.

I thought purging the Nvidia drivers would fix it, but now I’ve far enough down this rabbit hole that I’m lost. I started trying sudo X -configure and get an error:

I don’t know enough about X.org.conf to have a clue what to edit in there.

I then thought I’d try a repair install from an Ubuntu live-USB, and run into a mount point error. At this point I’m ready to give up, but I’d really rather not have to start over. I figure the other thing worth trying is to reinstall the nvidia drivers and see if I can undo what I’ve done that way, but I thought I should ask before I cause any more damage!

I do thankfully have a backup of my home directory if I have to resort to that, but any better ideas as to how I can reset this mess without basically wiping and starting again?

I am a beginner in Ubuntu.

Just last week I have installed Ubuntu18. I have a dual boot machine on new Laptop with Secure boot switched-on (Windows 10 and Ubuntu 18.04.5).

I have NVIDIA GeForce GTX 1650 in my laptop, so i tried to install Nvidia drivers by following the steps mentioned here: Installing GPU drivers for Data Science

After performing the steps exactly the same, you can see that I have installed NVIDIA Driver : 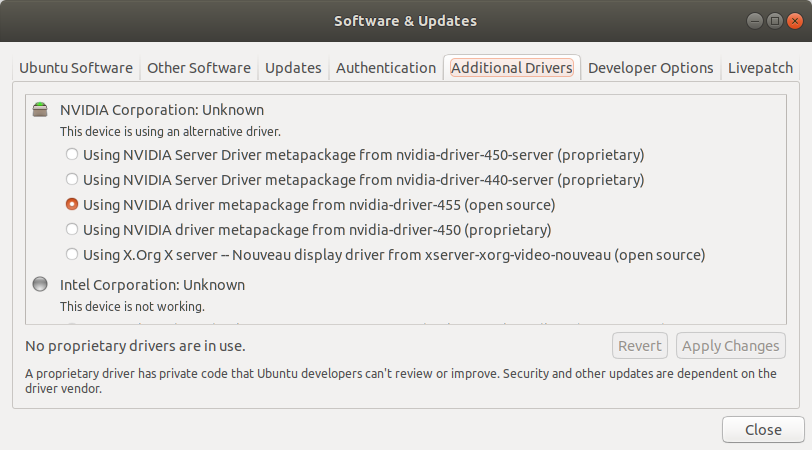 Then I ran sudo prime-select nvidia 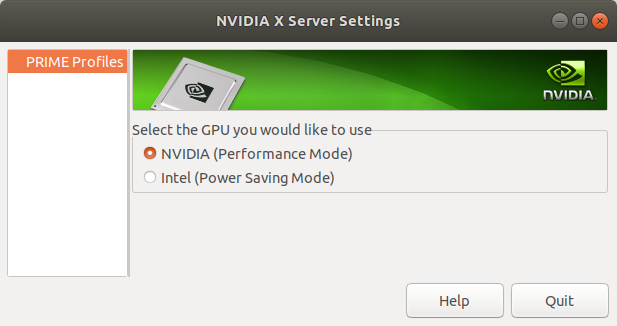 Again, I rebooted
But still the Ubuntu Settings mention that I am using intel drivers. 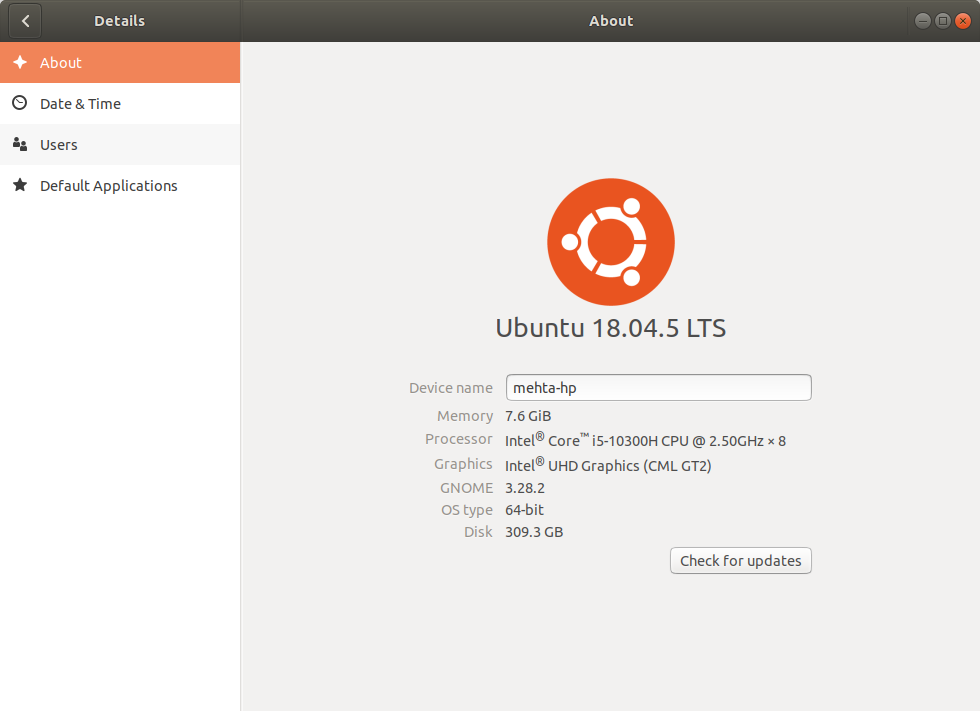 How do I fix this?

I am using Firefox on Ubuntu 20.10 (recently updated from 20.04 where this issue was also occurring). Every time the display configuration changes or something goes full screen (I plug in a monitor, the lock screen starts, I put the laptop to sleep), the window that Firefox is in suddenly moves behind all other windows and desktop icons (as if it was part of the desktop), and it loses its contents (everything being displayed in the window gets garbled or disappears). I have to press Alt + F4 and restart Firefox. I am running gnome 3.38.1, but it happened in 3.36 as well.

It might have started after I updated my proprietary nivida drivers, but I’m not sure.

Any ideas? Let me know if I can provide other helpful information.

Overview
CryptoDredge is an easy-to-use and highly optimized cryptocurrency mining software. It takes full advantage of modern NVIDIA graphics cards through unique optimization techniques. We have also paid great attention to stable energy consumption. These benefits, along with very low development fees, make our product one of the best public miners available.

I wrote this originally for my own purposes. It works pretty well – here it is.
Compatible with devices with Compute Capability 5.0 or higher, i.e. it should work fine on Maxwell / Pascal GPUs.
Supports every server using the stratum protocol. If you have problems with certain pools, please. report them here.
Contains 2% devfee.
Suggestions are welcome.

I tried to connect my laptop with the second monitor, however, it displays on the second monitor that No HDMI signal from your device. When I checked the Displays setting, there is no monitor too.
I use ASUS Gaming. This is the configuration of Ubuntu 20.04 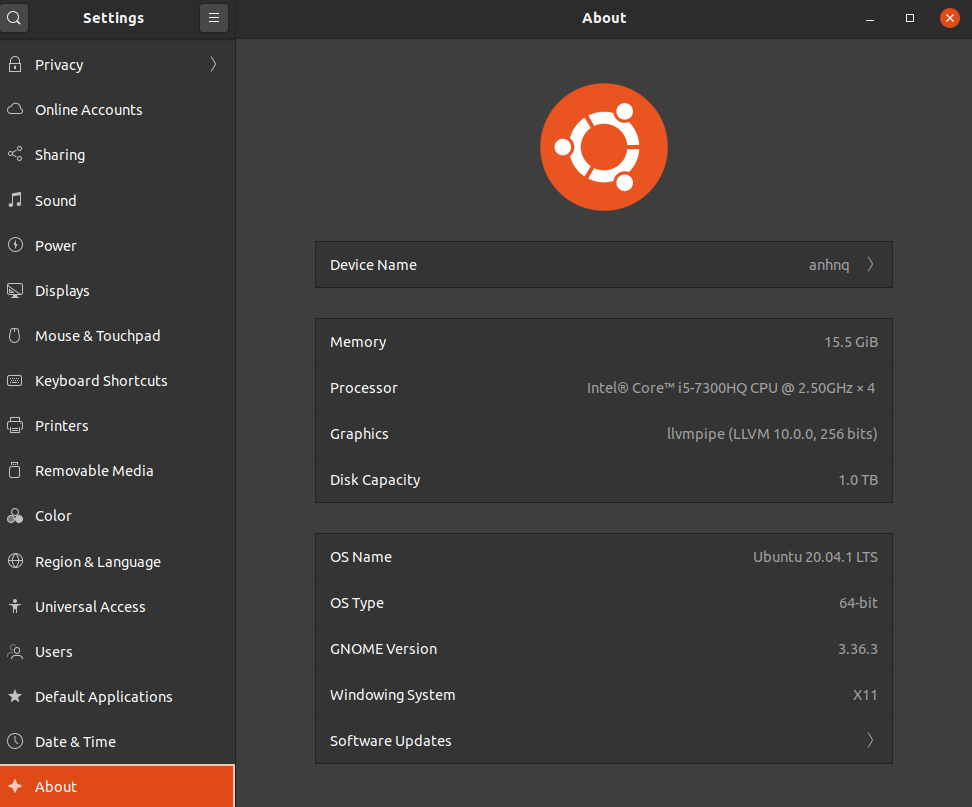 When I checked xrandr in the terminal: 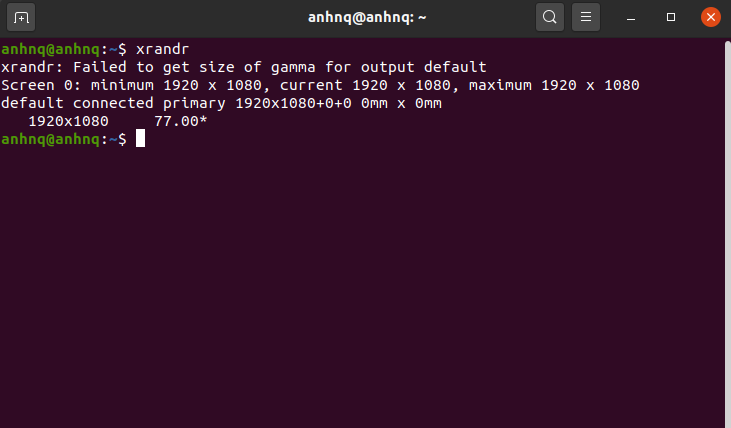 I also updated to the kernel 5.6 but nothing changes
Here is the setting of the software updates, there are no additional drives

I hope anyone can help me because I need to work on a big screen.
Thanks in advance.

I just installed ubuntu 20.04 on my laptop. However, when I tried to connect my external monitor via HDMI cable the monitor is not detecting any signal.
I am using nvidia-driver-435. My GPU is “NVIDIA Corporation TU106GLM (Quadro RTX 3000 Mobile / Max-Q)”. I am using a HP G6-15 laptop. xrandr is not detecting the display

I was earlier using ubuntu 18.04 on the same computer and the second monitor was working. I freshly installed 20.04 after erasing the previous version after deleting everything. I switched to lightdm switched back to gdm3 but nothing worked so far.In some answers I have found to edit

sudo nano /lib/modprobe.d/nvidia-kms.conf
and comment the options nvidia-drm modeset=1.
But it is not present on my computer. I can onlye find the nvidia-graphics-drivers.conf file on /lib/modprobe.d

I don’t know what is wrong. Please let me know if you need more information.

I am trying to edit my host file in nvidia shield pro device. Its not rooted and I get read only error when I try to update the host file using adb push. I am a newbie in this. I need to do some url redirecting.

I am not trying to block anything. I have a local Apache server set up and want to redirect the traffic from the shield to my local server for some custom urls.

I am running Ubuntu 18.04.3 with an NVIDIA GeForce GTX 780 Ti graphics card, and I want to install and use the official NVIDIA driver. I have previously been successful with this, and have done many installations in this way for years. But with my current system, after installing the recommended driver, it doesn’t load correctly.

Here is what I have done so far specifically:

I am completely stuck now as to why this is happening, and what else I should try. Can anybody help please?

I recently asked a very similar question in relation to 18.04.5, and upgraded to 20.04.1 and am experiencing the same issue.

I am curious about why Ubuntu keeps disabling one of my displays.

Currently I am running 4 displays, 3 Dell monitors and a Samsung TV.

If the computer locks and turns off the display connections and the TV shuts itself off after x amount of time , or if I manually turn the TV off, whenever I turn it back on, whether before waking Ubuntu, or after, the screen stays disabled and I have to go into display settings and turn it back on. Which in turn causes me to lose the resolution setting that I had it on.

This is on a fresh install + update + installing NVIDIA drivers.

The difference now is that I also lose audio sometimes and need to enable the monitor, disable it, then enable it again to get my sound back.

This is quite frustrating.

I am running an NVIDIA 1070 and AMD Ryzen 5 2600, the three monitors are on DisplayPort while the TV is running over HDMI.

Short of this issue, everything else works great.

Any ideas or help would be greatly appreciated.