The presiding government agencies have the legal right and authority to open, inspect, and search your luggage. Do they have the duty to inform you? I don’t know. In the US, my checked in luggage has been searched. Sometimes they leave a note. Sometimes they do not.

In the case of a non-government agency like an airport or airline, in the US, the following regulations apply:

From Title 14 of the Code of Federal Regulations:

1544.203 Acceptance and screening of checked baggage.

(c) Screening of checked baggage. Except as provided in its security program, each aircraft operator must ensure that all checked baggage is inspected for explosives and incendiaries before loading it on its aircraft, in accordance with §1544.207.

1544.207 Screening of individuals and property.

(a) Applicability of this section. This section applies to the inspection of individuals, accessible property, checked baggage, and cargo as required under this part.

(b) Locations within the United States at which TSA conducts screening. Each aircraft operator must ensure that the individuals or property have been inspected by TSA before boarding or loading on its aircraft. This paragraph applies when TSA is conducting screening using TSA employees or when using companies under contract with TSA.

(c) Aircraft operator conducting screening. Each aircraft operator must use the measures in its security program and in subpart E of this part to inspect the individual or property. This paragraph does not apply at locations identified in paragraphs (b) and (d) of this section.

My checked luggage has been searched traveling from Hong Kong to the Philippines. It has also been searched traveling domestically between cities in South Africa. Neither time was I notified nor a note left. Since nothing of value was taken, I can only surmise that it was done by government security. The only way I knew was that the lock (non-TSA compliant) was damaged in China. And, in South Africa, a 20,000 mA rechargeable battery and a book were removed.

The South African incident was very shortly after the ban on lithium batteries in checked luggage went into affect. I had placed the battery in my carry-on. At the last minute, we were told that there was not enough room on the flight for all carry-on bags. Ours would have to be checked. I did not even think about the battery. Upon arrival to our destination, the battery and the book (which was in the same pocket of my luggage)were gone. Nothing else was touched. And, no notification given.

My default browser is Brave and whenever I click on a link in any of the mac apps it opens in brave which is the expected behaviour but for some reason it doesn’t when Ungoogled Chromium is open in parallel. Then all the links goes to Ungoogled Chromium even though in the setting Brave is the default browser. Doesn’t happen when other browsers are open in parallel. I have tested it with Google Chrome, Firefox, Safari and Tor.

Although Arseni Mourzenko’s answer covers a lot of the points, it’s important to make a distinction between different databases.

Tests, especially those that manipulate data, should probably be run against a database that is instantiated for those tests. Assuming that your pre-prod environment is also used by people to perform manual testing or demonstrations, you don’t know what the state of the database is. If you ensure that the database starts in a known state, you can make stronger assertions about what the end state will be. If the database isn’t in a known start at the start of the test, the test could erroneously fail or succeed based on the state of existing data or the assertions will need to account for unknown data in the database.

I do think that it makes sense to run tests against a real database on a regular basis, especially if there are stored procedures in the database that need to be tested in conjunction with the application code. However, this should be a database that you have good control over so you can assert a state at the start and end of tests.

When I use the rule shown below for opening Terminal nothing happens unless Terminal is in focus (you can see Terminal on the menu bar).

Seems like something to do with security permissions. When I run the script itself from within iTerm (not Terminal) I got a pop up asking for allowing “access to control”. Once accepted the shortcut worked when either Terminal or iTerm was in focus.

Obviously I want the shortcut to work regardless of what is in focus. How to achieve that?

During the 10-20 of March, 2021, are restaurants, clubs and other attractions supposed to be open without significant restrictions?

The iPhoto Library has been stored on an external hard drive. Tried opening it various times. Restarted the computer. Remounted the hard drive.

Any idea how to get it to open? 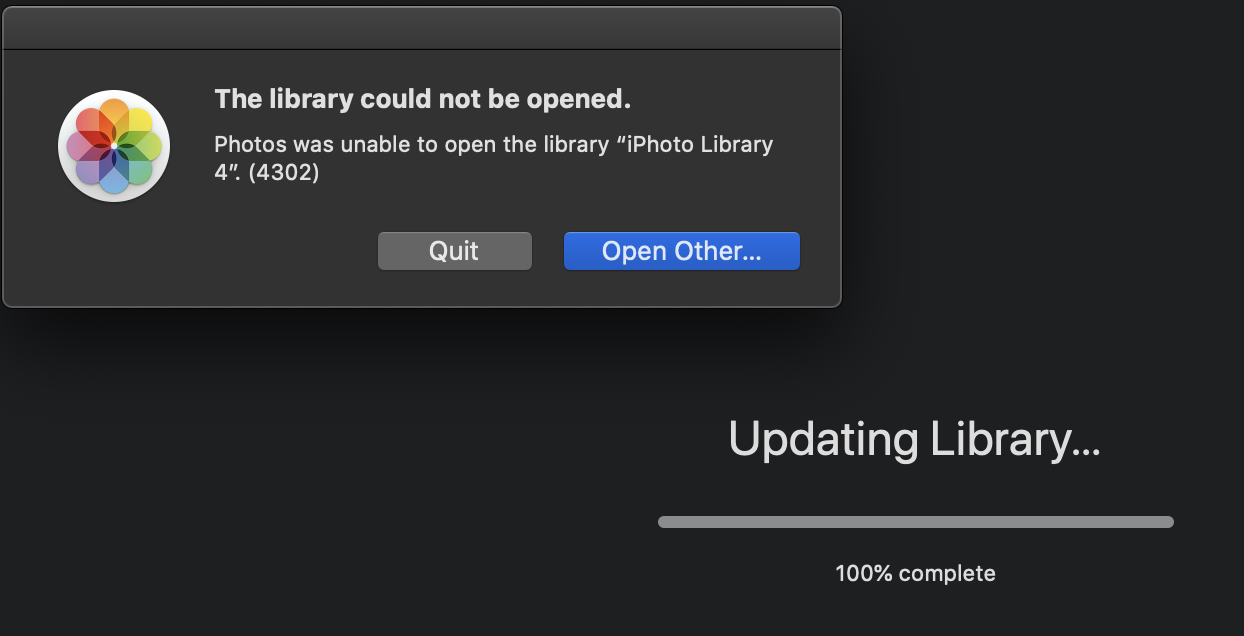 Open Graph meta tags are snippets of code that control how URLs are displayed when shared on social media. They’re part of Facebook’s Open Graph protocol and are also used by other social media sites, including LinkedIn and Twitter.

With that name it is probably a folder containing a download of an early version of the Bitcoin software. It may be a kind of compressed file called a ZIP file which Windows Explorer treats as a kind of folder. It may be the results of extracting the contents of a zip file.

That folder isn’t a wallet, there’s no money in it.

I have been trying to open a new tab in zsh and run a simple ‘Hello world’ in a bash script but I cannot seem to get it to work. How can I open a new tab using ‘open -a iTerm .’ and running echo ‘Hello World’ after in that newly created tab?