Our general rule is one question per post. I answer the first question.

A program can certainly produce infinite output. It can enter an endless loop that produces an output. Consider the first program of all in Basic:

General :: stop: Further editions of NIntegrate :: inumri are suppressed in this calculation. Can you please help me why I am receiving this message?

I'm having problems with the Z-as-Y Tilometric sort order in Unity. I try to paint two levels of tiles on my tile map. When I add tiles that I expect to be "below" / "behind" my upper level, they partially obscure the tiles above. (The visual discrepancy is shown on the right in the image I attached.)

My two levels are currently painted at Z = 0 and Z = 2. I've been looking for a handful of new arrivals:

Am I missing something here? My understanding was that with Z-as-Y, I could use a single tile map to paint tiles at multiple heights, but this display problem in my sort order makes me think that Z-as-Y is not quite enough for that Job to do.

1 creates a simple widget that shows recent posts titles. How can only the content, 1 between < blockquote >< /blockquote > from the last posts?

For example, all my posts have a quote HTML tag like this:

“Lorem ipsum carrots, an improved student developer, but they do occaecat time and vitality, like work and obesity.

Over the years, the nostrud movement, the school district not aliquip advantage, it can work. "

I am new to Python. I use an API to detect NERs in Persion. The structure of the output for each word is (word, NER tag) and after each sentence there is a line break (see below). So the output is not a list. How can I list this edition so that sentences can be separated?
Thank you for your reply.

I have to save all the output logs of my bash commands in a text file.
When I do the following, I get an error message

I want to create a function / alias that colors the output of another command. Is there a best practice method for doing this?

Let's take that for example alias Command whose output looks something like this:

Obviously, alias is just an example because I want to add colors to other commands.

I don't find it particularly appealing (especially the color codes). It also seems that this approach is for more complex commands (e.g. adding a color output to it top or ps) and doesn't seem to be very maintainable in the long run.

Any ideas on how to do this better / easier?

PS: I think this is a general question about Unix / Linux terminals, but since I mainly work on OS X, I decided to ask here …

I set this function for a project of a python game for naval battles.
If I enter a number between 1 and 8, the boat will be printed with this number.
But I should just show the boat, I don't understand why none 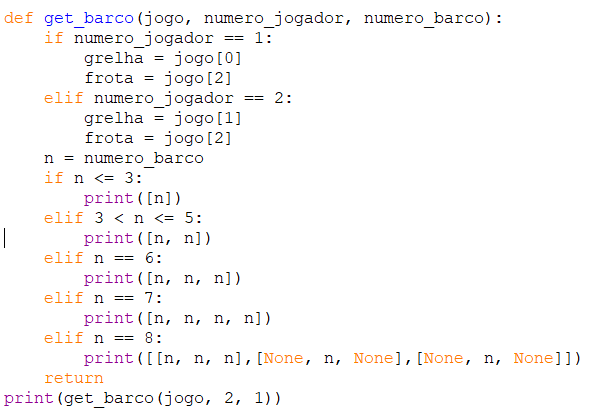 I created a view block that is "more of this author" and was able to configure the view to retrieve the author of the current node and display more content from that author. Hooray! I want to create a link that contains all of the author’s content, and it seems that the block doesn’t cause part of {{content}} to appear regardless of what I try. It can display {{content}} that contains the field_contributors field, but I can't seem to make it pull part of {{content}}. I've read dozens of discussions and tried all possible branch variables, including {{content.field_contributors (0)}}, {{content.field_contributors}}, {{content (& # 39; # block_content & # 39;). field_contributors.value}}. I can't find out where the problem is for my whole life. Isn't that just possible? I use Drupal 8.8.

I was wondering if anyone else has experience with it. Current version: 6.1 Zentyal and Samba version 4.7.6-Ubuntu
The time in the shadow copy is not displayed correctly on the previous versions of Windows, as soon as I shadow: localtime = yes and restart samba shows no previous versions, which is why I have to set shadow: localtime = no
Pyznap is currently used for snapshots of the ZFS file system
see pictures on the times not correct but both windows and zentyal have the right time only the previous versions are now. The hour difference is approximately 5 hours after the last snapshot was taken at 6:10 p.m. on tens of minutes and at 1:10 p.m. on previous versions of Windows