There is a module for which I often post patches and use the latest development version. I have created a composer.json that contains the following:

The Git repository for THEMODULE is located at web / modules / custom / THEMODULE. I manage the repository on site, press, pull and create patches. For production, I then press the production server and a Git post receive hook copies the code into the same directory on the server.

But now I want to stop using git to push for production, instead use Composer to indicate a specific version / release / commit, and use Cweagan / Composer patches to indicate the patches I used for production would like to have.

I have set both composer.json and composer.lock for git so that I can submit the specifications I want for production and then only run "composer install" (instead of composer update) on the server. This recreates the environment that I use in development. I want to avoid running "Composer Update" on the server because I fear that there will be a regression that I have not tested in dev or staging.

What do other people do for modules that you keep locally in Git but want to have them made available for production by official repos?

Wrote a code to install Bootstrap (the latest) in a newly created Rails application.

As you question the practice, you seem to recognize that there may be a problem.

Legal matters do not fall within the scope here. Let's look at that from a technical perspective:

So that's a very bad software development practice. Misconduct too.

Now you can improve your workout and invest some time to at least figure out how it works and come to the conclusion that it works best. You didn't invent anything new, but you used a reliable approach to get a reliable part of your solution. However, if you find that it fits, you may not necessarily be able to implement this solution. Good professional practice requires compliance with the law,

Then we come to the complex issue of intellectual property. I'm not a lawyer, but you seem to be in danger:

Legal matters are out of the question here, but this seems to me to be a lot of reasons for your employer to fire you and sue you.

Additional note: Be careful when writing software in your free time, especially if it competes with the interests of your employer

I want to sort a repository by more than one attribute. Any ideas on how this can be achieved?

What I have so far is this:

I don't know why it doesn't work properly; What I want to achieve is the list of posts sorted by is_featured and created_at in DESC. Even if there are two or more posts, the newest is shown at the top

Any help is appreciated!
Thank you very much

My app uses this type of layer architecture:

I often find that my service methods only call repository methods directly, without doing anything else. For example,

Now I thought I could override the repository pattern for some time and just paste the data mapper directory into the service classes. For example,

My question is, is it acceptable to dig the trench repository Pattern and just use the data mapper right in the service Great?

I have the following gradle 6 file for a project with Kotlin that uses the new Maven Publish plugin (with the old versions of gradle this was not necessary when I installed gradle, I already installed the jar in my local Maven ):

When I execute the command (with Gradle 6):
gradle publishToMavenLocal

I see that the glass was made on the track (/ build / libs), 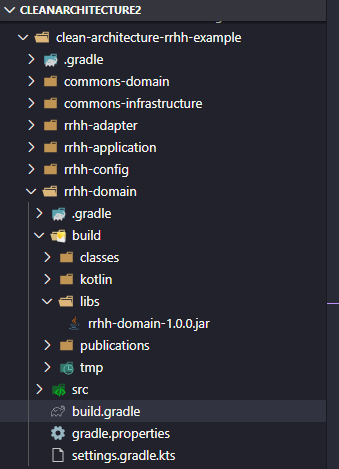 The output you enter on the command line is:

However, it was not copied to my local Maven repository. 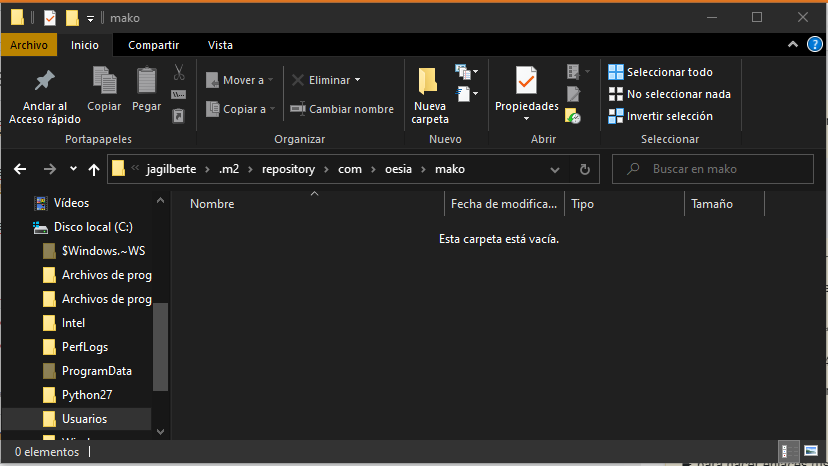 An alternative would be to manually open the jar using the maven command to install it in my local repository. In the past, however, this worked in gradle without the need to add a specific plugin or to specify other things.
Any ideas about this?
Thank you in advance and best regards.

I am working on a new project and am trying to use the clean architecture approach with the repository pattern. I use .net Core 3, C #, Automapper, MediatR and Dapper.

I have these layers:

Domain (in the middle the core of everything): here I have the business entities, aggregations and value objects with their validation rules and exceptions;

Application (it is the domain): Here I use CQRS patterns and have my commands, queries and interfaces;

Persistence: here I have the implementations of the repository interfaces.

I know that a repository should be responsible for all CRUD operations on a table in the database. I want to know how to implement the repositories for an ENTITY that is an AGGREGATION ENTITY. Should I create an AGGREGATION REPOSITORY that extracts data from different tables? Or should I have a repository for each table and a SERVICE that creates AGGREGATION with more than one repository?

I am new to this repository and although I have seen videos and searched the internet, I have many doubts and inconveniences. I'm trying to work together in a gitlab repository since i installed git a long time ago so i made a git clone, basically i was wrong so i did it with the command: git clone:

Your kind support is greatly appreciated.

I have a Laravel project in which the controllers (all derived from one of two base controllers) use repository and persistor classes to communicate with Eloquent models. The authorization logic is implemented in policy classes, but the actual check must be carried out either in the basic controllers or in the repository and in the persistors. I mean by check:

At the moment I think it would be a better idea to do the checks in the controller, but I first implemented some of the checks in my base persistor, so this was not my first instinct.

I'm not entirely sure why I did this, except because the functions of my base persistor are only a line or two long and it seemed wasteful to instantiate a whole new class just so that their methods literally linked their parameters to Eloquent to hand over.

Could there be something I miss? Is there a good argument for authorization within repository / persistor classes instead of the controller?