My project has grown for a year and now comprises of 19 standard modules, 7 class modules 11 forms. Some of the forms appear to freeze when called but, in fact, they are just slow to respond, taking a couple of minutes, regardless of what is clicked, e.g. just a change of focus or triggering an event procedure. The forms act normally again when reloaded (not to be confused with restarting Excel; I mean closing the form, waiting for it to respond, and then opening the same form again).

The problem first cropped up with a form that displays a PDF in a separate window. Then the malaise spread to other forms, even very simple ones, like the one that enters a date, not every time but too often. And recently – after I added 4 more classes (2 collections of collections) – simple reloading shortens the response time of the form calling Acrobat significantly but doesn’t cure it completely. The response time is reduced from minutes to seconds.

I have come to the conclusion that the problem is caused by memory management. VBA, I argue, is unable to hold the entire code at its fingertips and delay is caused by moving parts of it from the front to the back burner or the opposite direction. The larger the project the more code there is to move around memory. The form calling Acrobat Reader is leading the way because it is calling another app (Acrobat).

It’s a Win10 64-bit machine with Inspiron 3670 processor with 8GB installed RAM (7.83 GB usable). I’m running Excel 365 and it’s normal that an Internet browser should be open at the same time (currently Edge) plus a stock trading web based app which is probably large. However, I haven’t experienced any difference in the behaviour of my Excel VBA forms due to other applications being open at the same time. The problem appears contained within Excel, probably within this one workbook.

There aren’t a lot of data in my workbook. All sheets add up to less than 1000 rows * 15 columns on average. My program has a large number (perhaps 120) public enumerations. All public procedures are in standard or class modules. Forms are unloaded and destroyed when they go out of use. Classes are intentionally preserved but I judge their demand upon memory to be the tip of the iceberg.

SetApplication disables events, screen updating and calculations. The Initialize event procedure runs fast. The slowness of response starts only after the form is loaded and fully displayed. Nevertheless, it might be the GetActiveWindow API that is causing the problem.

I’m not familiar with APIs. This is, in fact, my first attempt to work with them. Therefore I also append below the procedure where they feature big. It’s called when the OK button is clicked or another button on the form that controls the document displayed in the Acrobat window.

My question is where to look for a solution.

Should I perhaps not make procedures private whenever possible? Is it wrong to let forms refer to public procedures in standard code modules? Should I remove comments? Or should I look for ways to split my workbook into several self-contained, interlinked units? Or, perhaps, is VBA just out of its depth on a project of this size?

Logically, if a process that takes a fraction of a second is executed 1000 times slower (within seconds) VBA may be shifting code execution within memory. But the time that takes can only be extended another 1000-fold (to take minutes) if the processor churns in useless loops. Something must cause such loops and something else must end them. I may be able to discourage the former and prompt the latter. Any suggestions?


So, long story short, there is a website that posts works without the respective authors permission or even knowledge. The hosting provider of this site is shinjiru.com.my

They never replied. It’s very frustrating when someone consciously and intentionally takes your work and post on their website as their own. And it’s depressing when you can’t do nothing about it. Shinjiru, have some human decency and answer finally, would you?

Clients don’t seem to be able to execute links off my server anymore.

For example, I sent my son a link. He tried it and gets the too long to respond message. If he uses a redirection to a resource on the server I purchase from Yahoo, its the same message.

But, sitting at my server, the link I sent my son in the Sent folder works and so does the redirection. My down and up speeds were greater than 40 and 20 MBS respectively.

There is nothing in the error log and no accesses from anyone external is shown. The KeepAliveTimeout Apache httpd.conf parameter is set at 100. No Apache changes have been made and Apache has been rock solid for a long time. I did move from cell phone/hotspot internet connectivity to router/WIFI connectivity (Spectrum) recently.

My son just got another message – ‘The server is online but is not responding to connection attempts’.

Any help will be appreciated on what might be going on or how to troubleshoot.

It’s working fine in run time but I wonder if there is a way to make it work also in editor mode ?
I tried to add to the top of the script :

Because I want it to work on both run time and eidtor.

I removed the code from the update and created for testing a public method :

This is in the mono script :

Even if I’m going back to the editor the break point is not working. 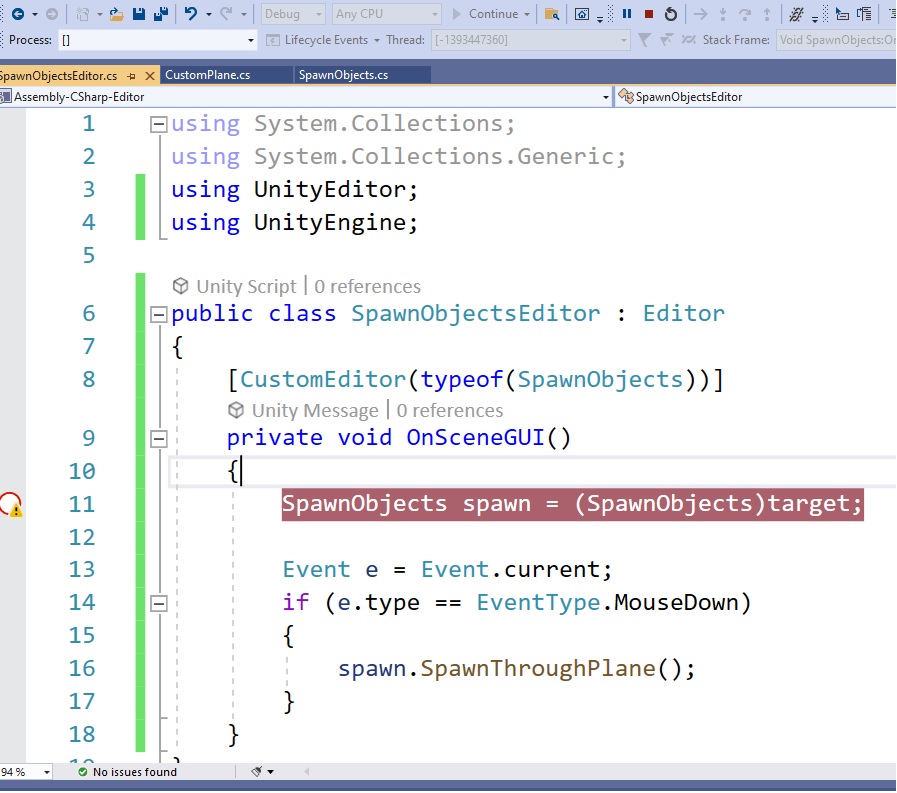 I was making the Input Systen code for my game.
I was about to test it and I realized that the controls don’t respond.

Here is how I’ve configured my PlayerInput component: 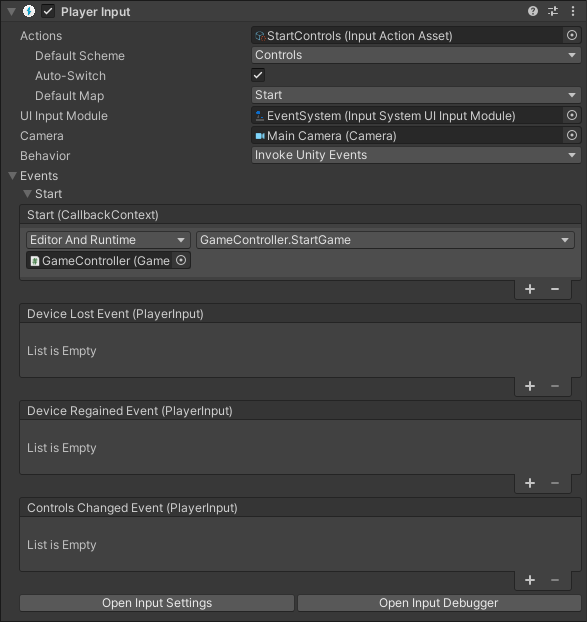 And here is how I’ve set up the Input Action Asset for the Start action: 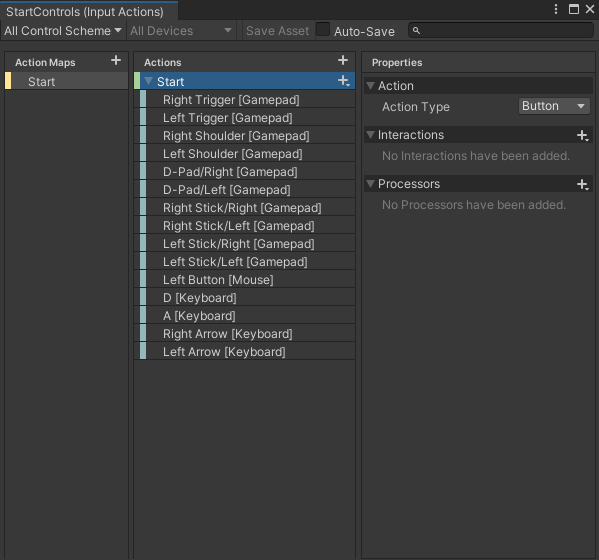 In the function that refers to the Start action I’ve set up a Debug message, but it doesn’t pop up and my code inside this function doesn’t execute.

My StartGame function is:

Someone knows why it isn’t responding to input?

I have a functionality to call rest services from my web application. I am doing this in c#.net code

I can call it successfully from my local machine but when I try to call it after deploying to the Test server (Windows Server), I get the below error.

I tried doing the below to make it functional but nothing has worked.

2.Added the below code in the constructor method

3.My Test server uses proxy settings in the browser to access the rest services url. So I tried adding Proxy details in my code.

Any help is much appreciated.

Certainly, I have nothing to gather their interest on all of my social media accounts. So I just straight up abandoned trying to promote those pages even more cause they waste me & my colleagues so much time & money. But I still have to stick with them for my main purpose (contact relatives & friends), therefore I could not get rid of them or sell them for extra cash.

Suppose a node receives the same "inv" message from many peers.

Let’s say that I am interested in discovering the smallest 5 numbers in a set of numbers.

In SQL, this would work:

Alternatively, I could use the Quickselect algorithm (in my language of choice), to solve this problem, returning data in O(N) time.

Is the SQL engine using a similar optimum/near-optimum algorithm to solve this problem? Here is an execution plan in a SQL Server 2017 db:

My interpretation is that it’s taking a brute-force approach (read data, sort, compute order_, filter). With a non-clustered index on number, the table scan switches to an index scan, but otherwise it’s still the same operation.

Are there examples of databases (SQL or otherwise) where

What prevents us from being able to describe queries and have a database engine figure out a near-optimal approach to solve the query?

I have a feeling that I am glossing over practical challenges that an RDBMS actually robustly handles. For instance, ACID compliance, handling data that won’t fit in memory etc make it indispensable. Implementing a binary-tree datastructure + traversal on data that doesn’t fit in RAM might be too niche and too complex to be useful in a general setting?

I posit they might be able to initiate a connection to your server, but they would not get a meaningful response back as the IP address – unless they were already in your LAN and compromised other devices to communicate with 127.x.x.x, breaking all the specs.

This can’t really be a thing. 127.0.0.1 does not leave the local computer. If it does, it can’t go anywhere because its breaking spec.