You cannot apply multiple JSON formatting codes to single column. So, you have to manage multiple conditions/rules within same JSON.

For changing color to red when number is negative, add below code in your existing JSON:

One can get list of every variable name so far by

Likewise, is there a code to get list of every user-defined notation rule(using notation package) so far? like

In that list, can I distinguish whether a notation rule is effective at present /or not?

Can I somehow show all the rules beginning with "MyExact" for example, with % or * or whatever ? 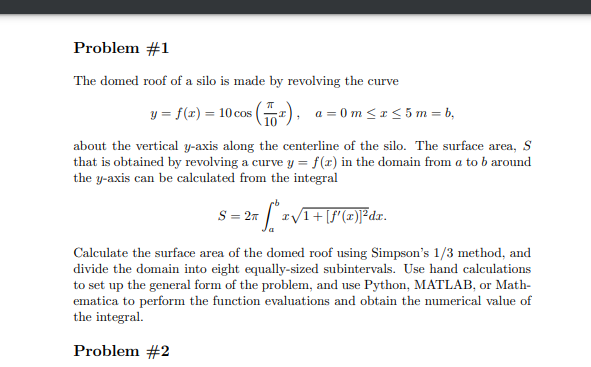 Hi. I’m trying to figure out how to code Simpson’s rule in mathematica.

1. If Subtotal Should be greater than xyz amount then abc product will be free.

I am able to add condition for greater than xyz but not able to add free product with available rules, Can anyone help me to know how We can achieve this

Lets use an example through this study: the Martial Warrior (Marty) has been knocked off of a cliff, and falls 100 feet the the bottom, into the square of a Cleric (Clarence). We will assume the DM rolls average damage. Let’s break down this fall in order from general to specific:

A fall from a great height is one of the most common hazards facing an adventurer.
At the end of a fall, a creature takes 1d6 bludgeoning damage for every 10 feet it fell, to a maximum of 20d6. The creature lands prone, unless it avoids taking damage from the fall.

This is the original rule for falling, and the most general rule to follow. In this case, Marty takes the full damage of 10d6, 35 bludgeoning damage.

The second creature here gets to make a saving throw to avoid halving the damage. Clarence fails there save, and splits the damage with Marty: they both take 17 bludgeoning damage.

Beginning at 4th level, you can use your reaction when you fall to reduce any falling damage you take by an amount equal to five times your monk level.

The damage is reduced “when you fall,” not when you take damage. This means the damage dealt by the fall is decreased, instead of reducing the damage once it is taken, through resistance, mitigation, division, diversion, etc.
In this specific case, Marty is now a 4th level Monk. If he falls onto Clarence’s space and Clarence fails their saving throw, then the damage of the fall is split between them. However the specific wording of Falling on a Creature states:

…and any damage resulting from the fall is divided evenly between them.

If a creature or an object has resistance to a damage type, damage of that type is halved against it.

Clarence is not just a cleric, but a 17th level Forge Cleric in heavy armor, meaning their Saint of Forge and Fire feature takes effect, giving them resistance to non-magical bludgeoning damage. This means the damage taken by Clarence is halved, and only the damage taken by Clarence. So after Marty falls 100 feet, Clarence fails to get out of the way, and Marty’s Slow Fall Feature take effect, finally the damage that is taken is halved last. This means Marty would take 7 Bludgeoning damage from the fall, and Clarence would take 3 bludgeoning damage. If Marty had the resistance instead, this would still not be translated into reduced damage for the other person, as the resistances damage reduction is applied after the damage has been dealt.

All of the subclass features you have listed are great examples of damage reduction, and they all have a similar piece of wording that is different from the Monk’s Slow Fall.

If you are raging and another creature you can see within 30 feet of you takes damage, you can use your reaction to reduce that damage by 2d6.

When the warded creature takes damage, it can expend a number of those dice, roll them, and reduce the damage taken by the total rolled on those dice.

When you or a creature you can see takes damage while within 10 feet of the tentacle, you can use your reaction to choose one of those creatures and reduce the damage to that creature by 1d8.

When you take damage, you can use your reaction to expend one spell slot and reduce that damage to you…

Unlike the Slow Fall ability, which takes effect when you fall, all of these features take effect when you take damage. These would all reduce the damage after impact, when both the falling creature and fallen upon creature have already taken the damage.
Thankfully for Clarence, his Raging Ancestral Guardian Barbarian Friend (Barb) is nearby, and she uses her Spirit Shield ability to reduce the damage of the fall by 2d6. Unfortunately for Clarence, Barb rolls garbage, and only reduces the damage by 2. According to the order of operations in the PHB, the damage would be reduced first (from 7 to 5), then halved by resistance, resulting in a final devastating total of 7 bludgeoning damage for Marty, and a brutal 2 bludgeoning damage for Clarence.

I know about this suggestion. Mine is an even further extension of that, and I’m asking about whether there are any further issues and whether I’ve fixed Lucky

It has prioritised “simplicity” so far that it removes a lot of strategic options from combat.

Specifically the fact that a 2nd source of advantage grants no benefit, and having lots of advantage is entirely negated by a single disadvantage (and v.v.)

Would this variant rule cause problems?

Variant-Multiple sources of Advantage or Disadvantage.

Variant-Lucky Feat with multiple sources
If a character with the Lucky Feat rolls with any form of disadvantage (and choose to use their Luck point), then they roll an additional dice and discard any single die of their choice.

This reduces down to standard Advantage or Disadvantage, if there’s only 1 source of (Dis)Advantage

It uses this version of Lucky+(Dis)Advantage from the Sage Advice Compendium:

If a DM wants advantage and disadvantage to play their normal roles even when the Lucky feat is used, here’s a way to do so: roll two d20s for advantage/disadvantage, roll a third d20 for Lucky, eliminate one of the three dice, and then use the higher (for advantage) or lower (for disadvantage) of the two dice that remain.

And it reduces down to this suggestion, for the case of 1 Advantage and 1 Disadvantage.

I imagine that the conclusion is likely to be “same as the answers to this suggestion, only more so.”

But I want to check there’s nothing I’ve overlooked, and that I’ve fixed the problem with Luck.

I would like to create a apple script or automator script that creates an email rule based on the subject. Or when I run script, that I get a pop-up with a question for the subject.


Want to improve this question? Update the question so it’s on-topic for Ask Different.

Does anyone have a script that, on incoming mail, creates a mail rule that deletes or moves mail to trash based on the (contains) subject. If, yes can you please share it 😉
Or if possible, create a pop-up so that I can enter the subject.

I’m thinking the “surprise round” rule just isn’t fair. Say there’s a 2 vs 2 encounter (teams PC and Creatures (Cs)), then PC1 could notice the 2 Cs and PC2 just one of them. Also for the sake of discussion PC1 is mute for whatever reason, so he can’t quickly communicate with PC2 and he also plays last according to iniciative order. Then PC2 loosing an entire round seems unfair to me, because he could perfectly be taking actions against the C he found. Also if PC2 gets attacked by the Cs it would be doubly unfair, even if one has advantage and the other don’t, it’s 2 actions against none.
So I figured you could ask PC2 to just turn around when it isn’t his turn during the surprise round, so as not to reveal the concealed C position to him and then, when he plays his turn remove the hidden C and let PC2 play as always…or if he gets attacked by hidden C before his turn he now sees it.
What do you think?