I need your suggestion and guidance in deploying minimal Operating System to run multiple Powershell Scheduled tasks on my OnPremise Hypervisor VMware v6.7

Typically, I am installing these modules

Which one should be better for my scenario above?

I implemented the SharePoint Crawl on my dev-server. It working fine if we run the crawal manually. I added Scheduled to run the crawl after 10 minutes but its not working. It just show the next Incremental crawl. But the latest added files are not get searched on SharePoint site.
Can you please help how I can fix this issues?

1 This item could not be crawled because the repository did not respond within the specified timeout period. Try to crawl the repository at a later time, or increase the timeout value on the Proxy and Timeout page in search administration. You might also want to crawl this repository during off-peak usage times.

1 Processing this item failed because of a IFilter parser error.

Okay so within the install.wim I noticed that there are no scheduled tasks: install.wimWindowsTasks

Nor are there any in: install.wimWindowsSystem32Tasks

I even went as far as to find them in the registry, which they are also not stored there:
HKEY_LOCAL_MACHINESOFTWAREMicrosoftWindows NTCurrentVersionScheduleTaskCache (the ones that you do see are the basic tasks windows needs to function I guess)

thankss for any help

I inherited a SQL Server environment. In (database engine) SQL Server Agent are two jobs defined that apparently belong to the report server. 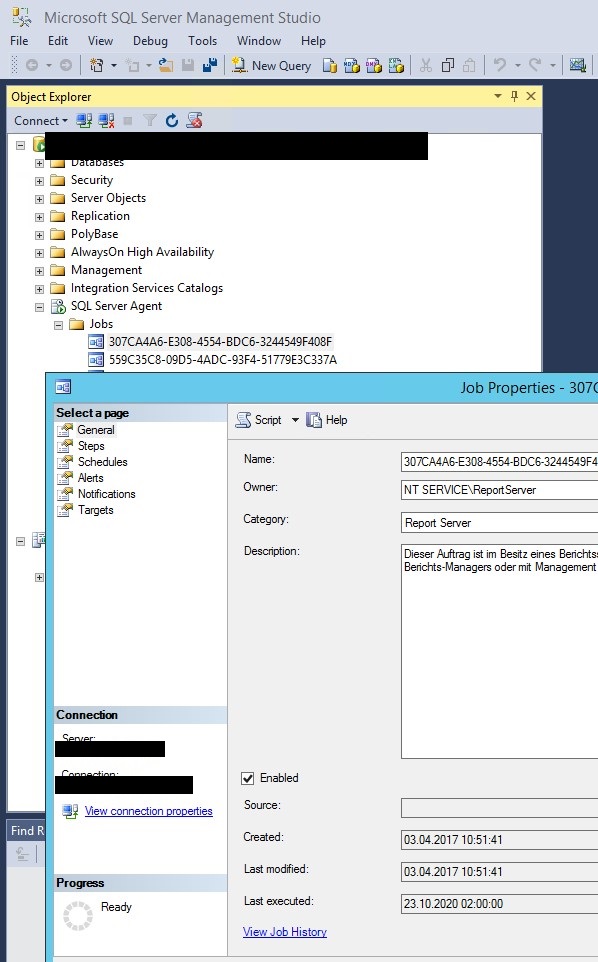 Any ideas how these two jobs were originally created and what they do? When I check the report server, there are no schedules defined: 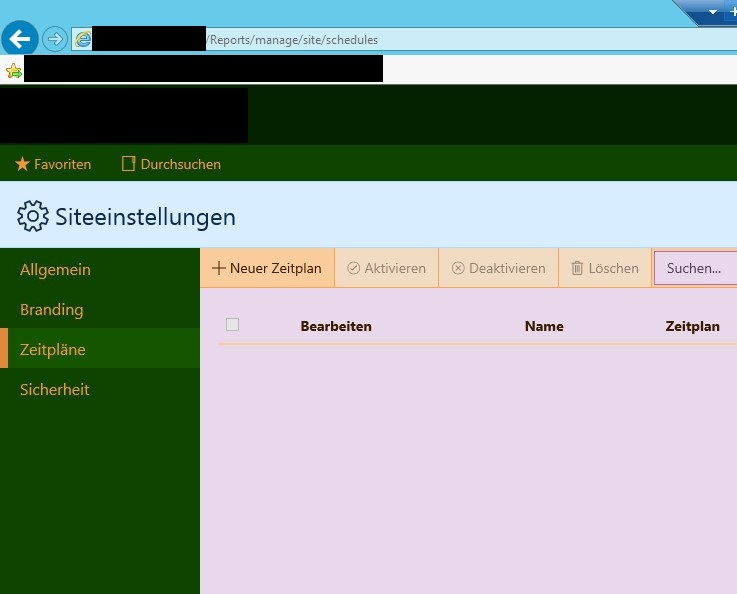 I’m building a system with a dataflow, as described below. It is reasonable, or can it be improved, especially I would like comments on the job that moves messages from the database to the queue.

Users can post messages with a timestamp in the future. When the timestamp is reached, the message is published to an API endpoint.
The schedule’s granularity is 5 minutes and delays of up to 10 minutes are not an issue. The volume is no more than 100 messages per scheduled timeslot.

When the users post the message, it is stored in a database.

Would you see the single job, moving from the database to queue as a bottleneck? or do you see that operation as fast enough to accommodate many many messages?

To scale the single job to multiple jobs is there another way than locking the table?

I assume T-SQL job step type here. If you use something else (cmdexec, SSIS, Powershell), then let us know.

Agent service account is always sysadmin with the connection it uses to SQL Server.

A job owned by a sysadmin will result in that Agent by default will execute as itself, i.e., sysadmin.

A sysadmin can do everything, everywhere.

So, clearly, your job isn’t either owned by a sysadmin or you have configured the job step to execute as somebody who isn’t sysadmin. Or perhaps you have some EXECUTE AS command in whatever T-SQL you execute.

I’m currently helping out as one of the DMs of a larger gaming group that will periodically see two or three players plus a DM go on a mission, usually handled in play-by-post format.

Right now, I have a group of three that’s been having pacing problems from the start despite multiple strategies to address them:

Unless there’s an organizational strategy I’ve missed besides play-by-post or scheduled meeting, I don’t think I’m going to be able to run a game for these players, and while I expect the answer is going to be “find better player(s)”, that’s a last resort.

How do I run for this group?

I am trying to create a scheduled job in Oracle SQL Developer that would run once a month and I am testing the Scheduler/Jobs feature where I have created a simple SQL query to test the ability to do this. I have a simple table called “TEST123” and I can see that it works when I do “SELECT * FROM TEST123;”.

In SQL Developer I have a Job called “TEST1” which has a PL/SQL Block = “DROP TABLE TEST123;” to run immediately (though I have also tested this with running at a specific time).

After I see that I can still select from this test table and that the STATE of the job name is “FAILED”. I left all other settings as default. What am I missing here? Why is it failing and is there a way to fix it?