However it is failing and I’m not finding verbose output flags to turn on and ddev is a binary so am not sure if I’ll be able to get to where the ssh (or tunnel) is failing. (see screenshot) 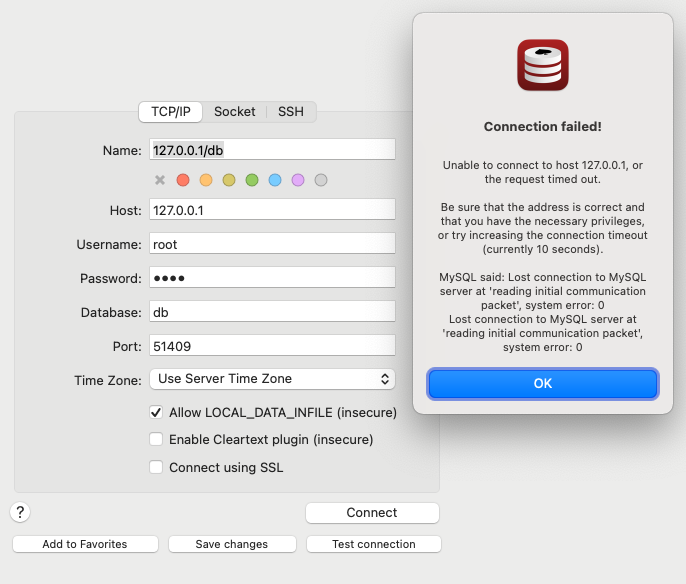 On other Drupal Devs like docksal we can go under the hood and turn on verbose and see where things are failing. But I’m not sure how to do this with ddev.

I’ve tried replacing the 127.0.0.1 in the host with the server name that ddev gives the site but that fails connection too. I also thought that my vpn might be messing with it but after disabling the vpn the connection still fails.

Thanks for any pointers!