I have an Azure function that redirects to an HTTP endpoint (mainly HTTPS fronting).

Last day, I saw a big increase in consumption and my user numbers did not rise. I think this is someone scratching my APIs to collect data. I want to blacklist this IP address (assuming it comes from 1 or 2), but I can not figure out where the traffic is coming from.

Is there a way to find the source IPs of Azure Proxy Function requests? I searched for the monitor link in the function, but it does not appear for proxy functions.

As the title implies, I would like to know which sources use "pool.ntp.org" and other large NTP service providers to ensure that they work in sync with the exact date and time for the clients.

First, I recommend Blockchain forums as one of the best sources for learning Blockchain. There is a large community dealing with Blockchain, Bitcoin, Altcoin, Cryptocurrency & ICO. And also a news section, which always contains up-to-date information about them. Here are some tips and tutorials that are very useful to get help and support on Blockchain and Blockchain. Their motto is "Great Knowledge Gets Great Profits – See the Blockchain Forums for more information."

I'm working on a computer graphics project and have found a way to implement different types of light sources that I'm not sure are ideal.

There are two types of light sources: Parallel and Point.

I'm having trouble figuring out the right abstraction for all these guys. Here is my solution:
I called an abstract base class light source:

In essence, I want it Move Point light source, but do not turn, and rotate without moving them, and do all this without checking for their actual type due to the polymorphism. The problem is that everyone light source is both IMovable and IRotierbarSo I can not distinguish between the derived types.

In the menus of the code I get a vector of light source Pointer and I want to display their corresponding menus. There are (as you suspected) two types of menus that are relevant here, one for IMovable Objects and one for IRotierbar Objects.
I call that GetLocation & GetDirection Functions and skip the appropriate controls if the pointer I have is on nullptr,

Passing vector pointers instead of vectors by value is problematic. For example, I really need it now Parallel Light Source to implement GetLocation and return an actual value. I would either have one Location Participant who will always be the same -direction * someLargeNumberor refactor and have GetLocation and GetDirection Return values ​​that cause another confusion in the menus because I do not want to see any controls that "move" a parallel light source or "turn" a point light source, because that does not make sense, so I would have to look for derived types that the polymorphism breaks.

One solution I've been thinking about is using Boolean effects to indicate if this light should show the light IMovable/IRotatble Menus, but that does not feel right, because I do not think it's the light source to know how it's presented in the menus.

Another solution would be to hold a vector for parallel light sources and one for point light sources. That does not sound smart, as it is not very scalable. Every time I use a new light source, I have to change the menus.

I'm pretty new to programming (at least in terms of OOP), so I'm wondering what the ideal solution for such a situation is. Let me know, if you have other comments.

I have data stored in different databases (Oracle, SQL Server, MySQL, etc.) on different servers. Now I'm looking for open source tools to import all data from all my databases into a centralized Oracle database. Can one help me?

Does an app from unknown sources need to ask for specific permissions like regular apps, or is every permission granted by default?

I can not install any opengapps or apk and have checked the unknown sources on how to debug this. I am on an emulator that runs from the command line (to set DNS). I also want to install opengapps but can not find much.
Many Thanks

I have a TID (Taxonomy ID) and a CSV file (this is a list of terms to be removed with columns during the migration: TID, Name, Delete). The TID and CSV files are my sources for the migration.
How can I access (and process) values ​​from both sources during migration?
The TID gives me the terms used as tags, and the CSV file checks to see if the terms in the CSV are listed as ignored (not added) during the migration on the newly created node.

I get an error message:

Can I have two different sources?
Is there another way to do this?

Some of your previous answers have not been well received and you run the risk of being blocked from answering.

For more information, see our tips for writing great answers.

I'm writing a 2D game where there are walls and the NPCs can only see what's inside their location line. I use Box2dLights to make the walls create shadows.

The problem I have is that every NPC has a light. This means that the lighting increases where several lights cross each other. Instead, I just want to hit the same amount of light on the areas that are visible to the NPCs.

In summary, I would like that a maximum amount of light is achieved. As more lights are added, the light does not rise above that threshold.

Here is an example of several light crossings. 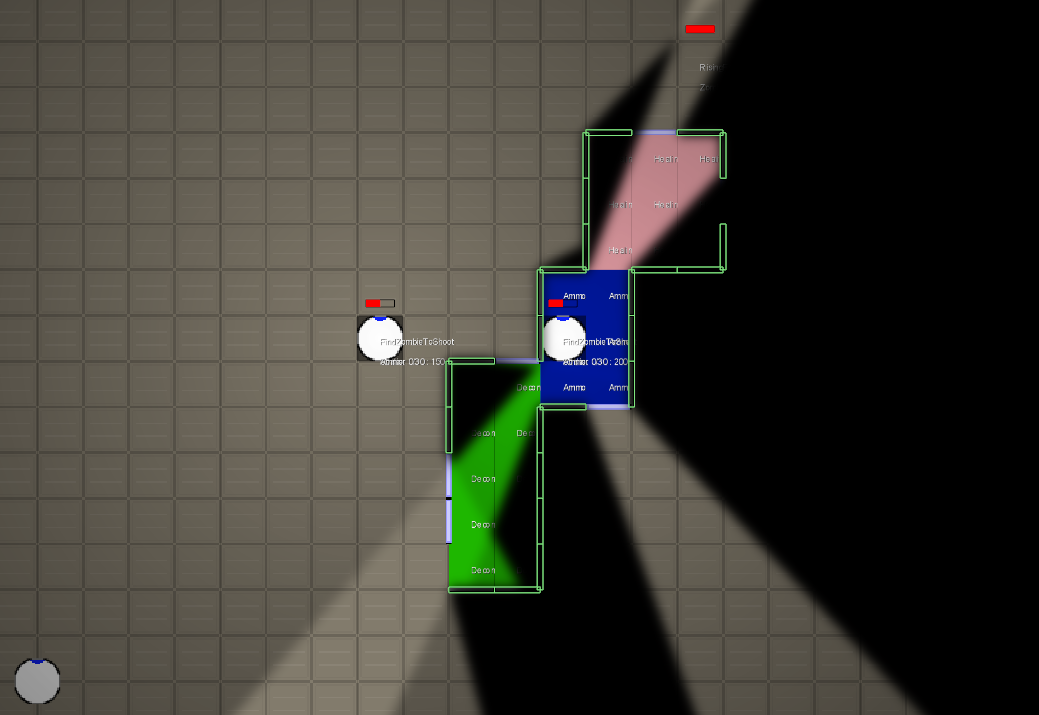 How can I do that?