Actually, if the data is shaped as $ m times n times 2 $, functions like ListLinePlot just do the job. But now I want to add colors to the curves according to each 3rd data. But it has stuck me. Any ideas?

How can you control the up and down line visible part of the graph?

I’m learning unity and i’m trying now make an inventory, i made a simple interface, and now i’m trying to make a item visualization. I look for some codes from web and i found this one:

Is there a way in this code for change this? I really have difficulty to understanding geometrics in Unity.

It depends on the tradeoffs (and the story you need to convey): You can break the charts into adjacent, separate displays, or change the chart to emphasize relative change over time.

This tradeoff means you have precision about each figure, but need to parse 2 data points. You can try to amend this with interaction with either chart: 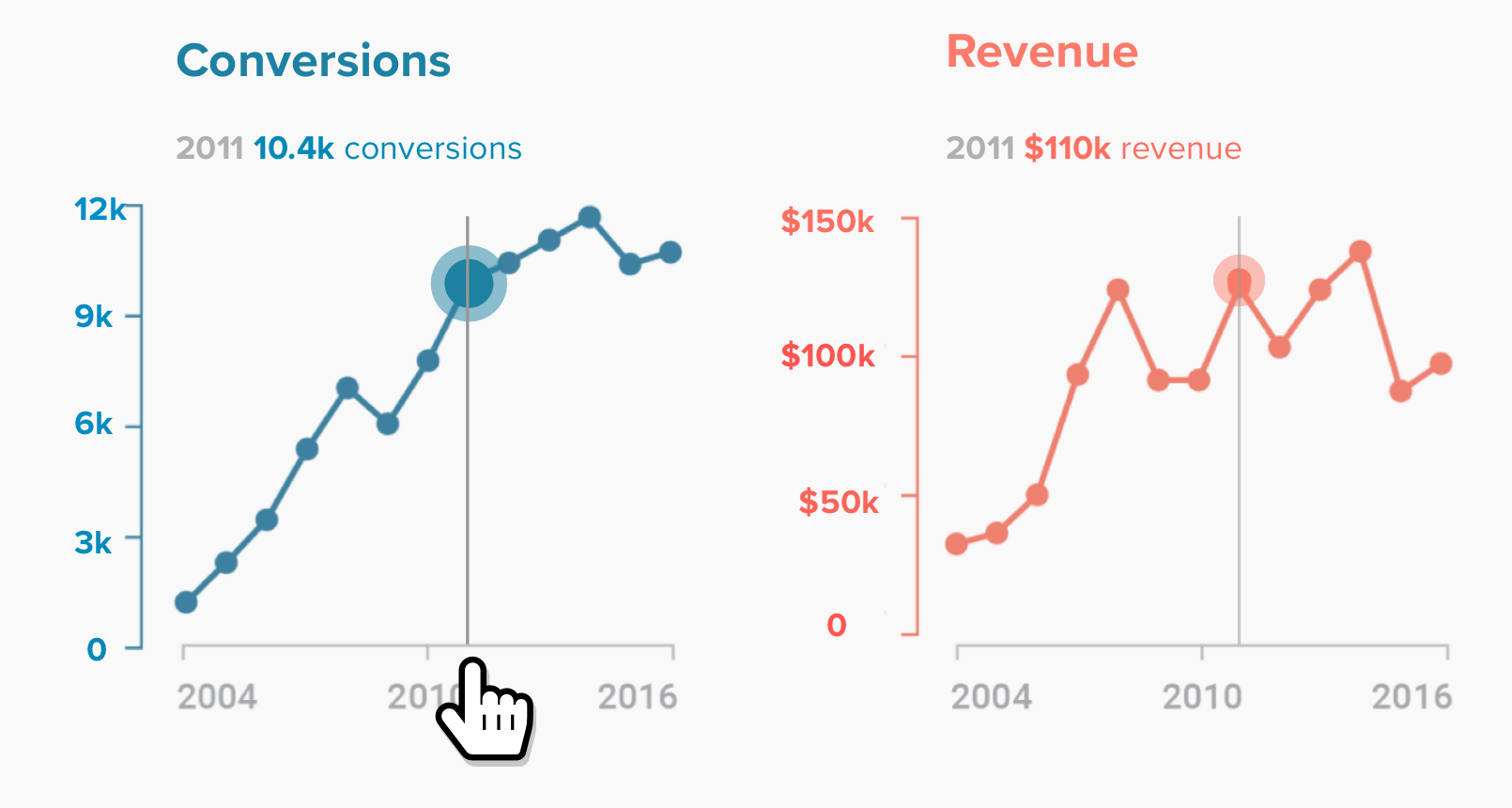 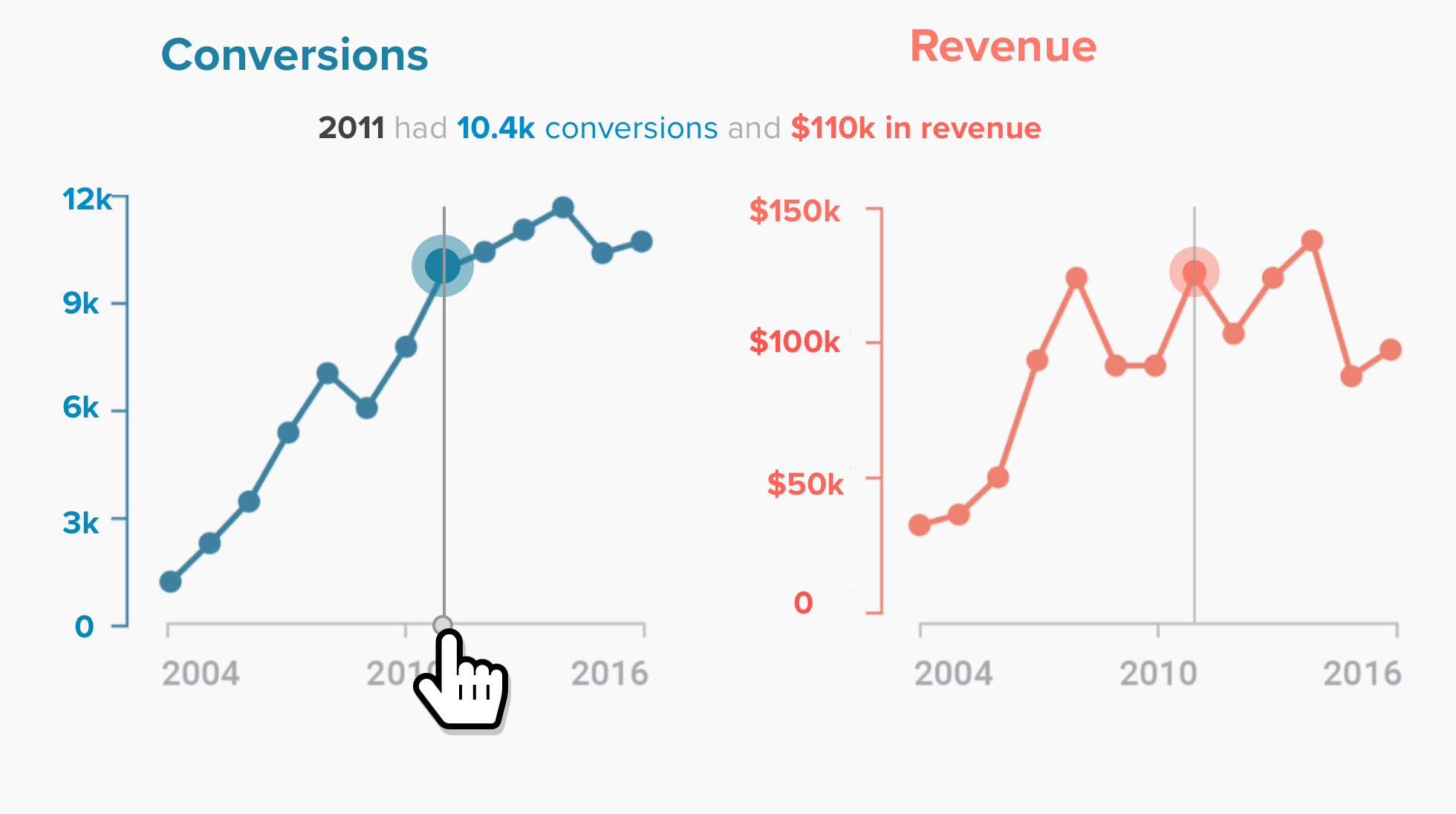 In this case, since the y-axis’ are separate, hovering on one chart gives you interactivity in the next. I’ve seen this done vertically as well.

It might be harder to parse the trendline, but the tradeoff is accuracy. Bubble charts can be difficult, as area is hard to parse.

Another solution: if change over time (not volume) is important, change the y-axis to reflect that: 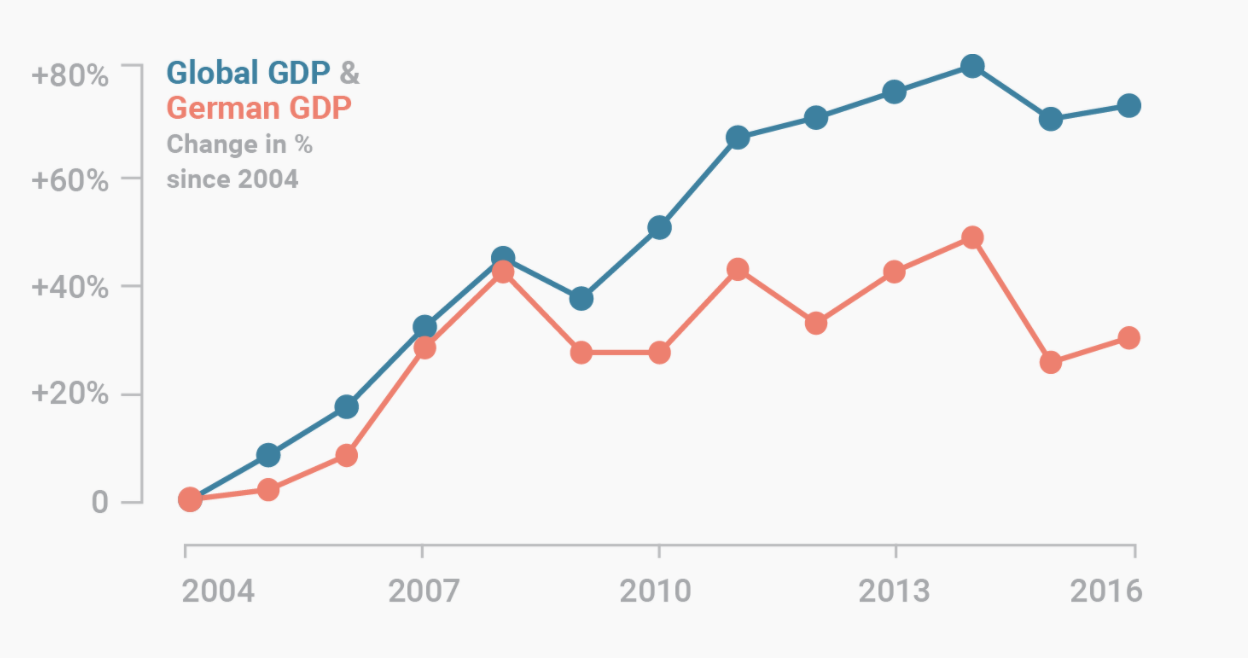 What about dual y-axis charts?

There used to be more of an emphasis on dual y-axis visualization, but they’ve fallen out of favor due to perception problems:

Why not to use two axes, and what to use instead

In algebraic geometry it is customary to identify locally free sheaves on say a scheme $X$ and vector bundles over the same scheme.

My question comes to how to practically apply this in the case of normal cones to regular immersion.

Let’s look at a simple example, $Z={xy=0}$ regularly embedded in $X=mathbb{A}^2$.
Concerning $Z$ we have the cotangent sheaf. It is not locally free but the normal cone of $Z$ is locally free.

At the origin it becomes blurry to me, the normal bundle should have a line as a fiber, but which line?
The stalk of the tangent sheaf at the point consists of forms of the form $f(x)dx+g(y)dy$ and the fiber is a vector space of dimension 2. Which is also the case for the fiber of $j^{*}Omega^1_X$, but as the sheafs are not (locally) free I cannot deduce that the fiber of the normal bundle is zero, which is good as it should be a line.

I hope my question is somewhat clear, I can clarify it if needed.

It would be more correct to show a visualization of the mean with standard deviation. I might have been able to show a small bell curve to convey this. But even then, I think this would be too complex for many of my users, and it's not a single number that could be used, for example, to sort the list by "performance".

Is there a better technique for calculating total performance in a single number that somehow captures the variance of the data set? 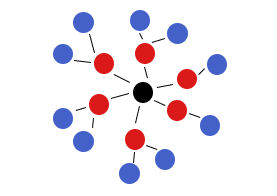 What is this type of graphic called? I find this graphic on some websites, but I don't remember.

The functions of this diagram are listed below:

Can anyone provide some use cases and references for this diagram?

What is this type of graphic called? I find this graphic on some websites, but I don't remember.

The functions of this diagram are listed below:

Can anyone provide some use cases and references for this diagram?

When drawing data with an x ​​and y axis and labeling the axes, it is common for the labels to be parallel to the axes. A typical example from here: 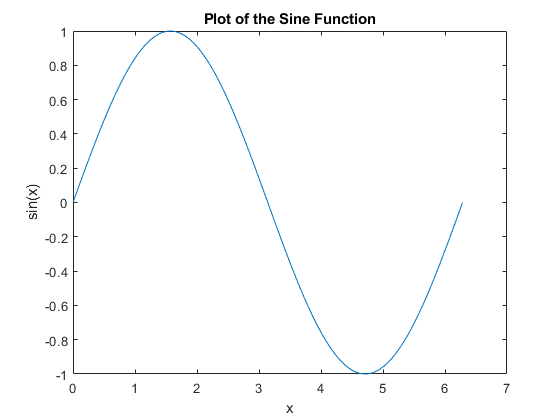 That makes the y-label barely legible without tilting your head, doesn't it? If the label is a little longer, turning it horizontally would waste too much space.

Let me explain my thoughts on the architecture of the project I'm working on.
The project code repository consists of:

At the moment they are provided as two separate Docker containers, which works perfectly.
The idea of ​​former colleagues was to continue code repositories with Split and Split.

I see the potential possibility of creating CI / CD per repository so that only tests / lintes / checks are carried out and ultimately only containers are provided that have actually been changed. Not everything that is okay is done for other containers (logical separation).

But because they actually work on the same database tables (scrapy fills them in, Django reads them), it looks like an overkill to me. I would have to keep two separate DB model specifications in sync in both repositories. Scrapy currently uses Django ORM to interact with DB.

What do you think? Do you think it's worth dividing the code repository into two separate models and staying in sync in both models? Or maybe not? Is there a way to trigger / execute the Gitlab CI / CD process only for the affected container in a single repository?