I am pretty novice on workflow. Can anyone help me with following ..?

Now I can look up the user name to ‘”SIM Information” in [Assigned to] filed. But I also want the SIM number to be appeared in List “User List” [Mobile] filed.

Hope my question is clear to you. I have feeling that it can be done by Workflow Condition “If any value equals value” but unable to make it work. 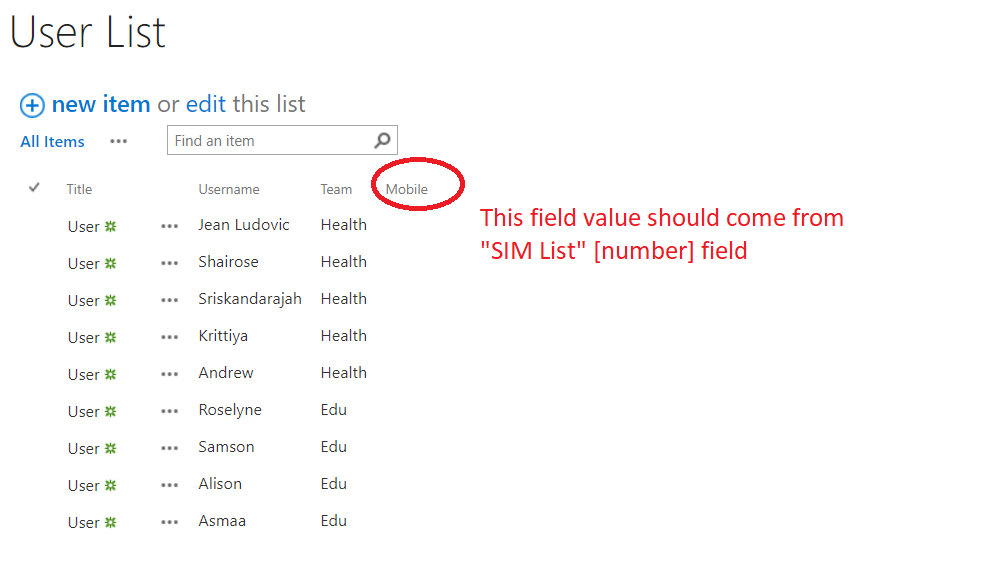 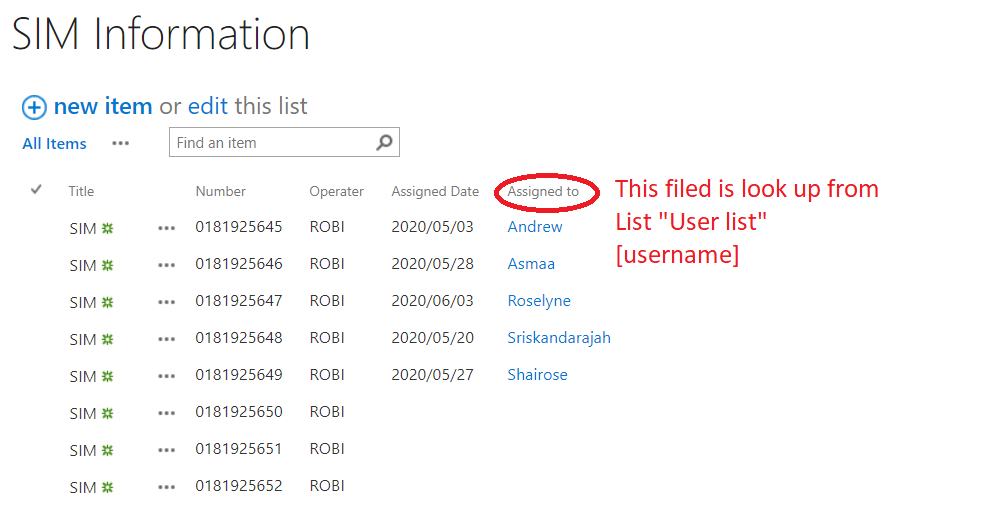 I have defined a workflow which gets fired when adding items on listA. and if i directly add an item inside listA using the UI the workflow will work well. but on listB i have a remote event receiver which programmatically create a list item inside listA.

but when the remote event receiver create an item inside listA, the workflow will raise this error:-

I have a requirement, where I need to create a workflow where it checks the status (column) for two different list i.e., list1 and list2.
If the Status is completed in both the list, then It uploads the all the column values from list1 and list2 into a document library called DocLibrary as a word-document

Do you mean that you want to judge whether a document is a major version or minor version using workflow condition?

My team members clicked the "Yes" or "No" buttons in the workflow tool and displayed interactive messages similar to the buttons on the NYT website. I've heard of online tools like Survey Monkey, but they can't achieve this kind of interactivity. I'm not a web designer and I don't know the coding for it. Therefore I want to use an online platform / tool to do this. Can anyone recommend an online platform or tool that is easy to use and can create such a workflow?

After processing my RAW files in Lightroom, I often export JPGs to give to people or to post online. I create these files in a directory structure under an Export top level directory. I’m trying to decide whether it is good practice to add these files to my Lightroom catalog (or perhaps create a separate catalog just for exported files).

I’m kinda hesitant to add them to my main catalog, as I don’t know that I need to ever make changes to them, and I can always recreate them from the original (plus non-destructive mods stored in the Catalog for the RAW files).

On the other hand, it might be handy to have all your output files in a Catalog so they can be searched/sorted quickly and easily.

(A related question might be: should I even keep exported files once they’ve been delivered/sent/posted?)

I have the following workflow for one of my product based on Drupal 8:

I use three custom private dependencies via composer ( two modules , one theme) , a lot of contrib modules and obviously drupal core. We git-ignore core drupal, contrib and custom modules/theme delivered via composer.

When I commit to one of my custom modules/theme, I have a lot of operations to do to update all projects :

Environnement:
We use Gitlab.com for all projects that use our product. We have access to Gitlab CI/CD but it’s not used at this time.

How optimize this workflow ? Any tools ? Gitlab CI/CD examples ? We can reconsider the full workflow too.

We’re making a change to our pricing model that will mean we need to update a number of system messages and upgrade prompts throughout the interface. These messages are largely based on user context, as in they can be different for different types of users at different stages of their journey. The message content can depend on variables such as:

Some of these states I’m aware of from previous mockups and flow diagrams. But often it involves going to a developer and asking them to write a script to generate all of the possible states so I know what needs to be updated and don’t miss anything.

I’m wondering what other designers do. Is there a product out there that makes this easier? Are you organised enough to just consult your UX documentation and that covers all the scenarios? Or do you rely on developers to help reveal the different states?

I hv two lists,,
List A has text column which included e maril addresses
List B has a People pickup column

According to the information log, the error appears to be related to the association name. The message says:

I have tried several times to fix the problem, including: testing with workflows that contain only one level / step and one or two actions, manually stopping and restarting the workflows, wrapping the 2010 workflow trigger in an app- Step and set the "Wait for" No in the "Start workflow" action. None of this solved the problem.

I think i could I need to set the AssociationName property somewhere in the 2010 workflow, but I don't know where (and I was looking).

I also tried the following: Calling the SP 2013 workflow does not continue after completing the called SP 2010 workflow.
I've found several other online articles that describe similar issues, but none of them fit this scenario.

Nothing worked, all suggestions are very much appreciated!