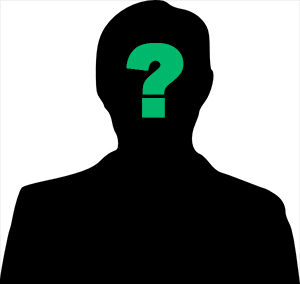 I’d like to go back to the founding of LowEndBox to ask the question: whatever happened to LEAdmin?

It’s February 1st 2008, and lowendbox.com is registered. The companion domain, lowendtalk.com, won’t be registered for another two and a half years.

The iPhone – and that’s the iPhone one – has been released in the United States and some countries, but most of the world hasn’t seen it yet. The Google Chrome browser is still six months away and we’re still about eight months away from the US housing collapse which will trigger the bankruptcy of Lehman Brothers and other major Wall Street firms. We’re nearly a year away from the first Bitcoin transaction.

This remains the mission of LowEndBox to this day – great deals on hosting and how to get more out of your server. Back in 2008, the founder was running the site on a Xen VPS with 64MB of RAM, using WordPress, PHP 5.2, Mysql 5.0, and Lighttpd. He’d also swapped out sshd for dropbear because it consumed less RAM.

By the way, LowEndBox was originally hosted on virtual-dedicated.net and they have since deadpooled.

The founder named himself LowEndAdmin. And that’s all we know about him.

In March of the following year, LEA posts one of the seminal articles on LEB, called “Yes, You Can Run 18 Static Sites on a 64MB Link-1 VPS“. This article is practically the Bible of LowEndBox for many years. LowEndAdmin walks through setting up WordPress and MySQL on a very small system and how to optimize it, chopping away unneeded services and tuning the software. The article is somewhat archaic today as a 1GB VM is probably the most common size, but in its day, this article showed a lot of people what the classic Low End box was all about.

It’s important to remember that LowEndBox back then really was LEAdmin’s forays into the unknown.  Here’s an example of an offer he posted where he notes

Scranton company, world class leader — it just all sounds too suss to me, especially when the whole blob is copied from Burst.NET’s company page, with some numbers changed. Leader in shared, VPS and dedicated hosting? Then how come only VPS are available for ordering on their website? The admin/technical contact’s email address in WHOIS is on a non-existing domain?

The package looks passable, but the “company” looks questionable.

Just check and that company’s domain is dead.

I believe it was 2012 when LowEndBox and LowEndTalk were sold, to a guy who went by Chief on the forum. He attempted to really build out the site, making the offers more standardized, bringing writers on board, launching the first logo competition, and introducing ads to make the site self-sustaining. The community had long outgrown LowEndAdmin’s tiny systems and was now running on much bigger servers that were much costlier.

This was also an era when hosts began to realize that negative views on the forum could impact their business. UptimeVPS – long since deadpooled – threatened to sue the site unless negative reviews were taken down.

In September of 2012, the first kickstarter was launched. This was not a kickstarter in the official kickstarter.com sense but rather a promotion ColoCrossing ran on LowEndBox in which applicants could apply with a business plan and an independent panel of hosts would pick the winner, who would then be given a server and WHMCS for 6 months to start a business. I believe this was repeated later, though I don’t remember any long-lasting hosts coming out of these efforts.

By 2013, Chief was done with the site and sold it to ColoCrossing, though this was not acknowledged at first. To be blunt, the ColoCrossing years were not the community’s best years. First, there was a perception that ColoCrossing-based hosts were given priority, which may have been true on LowEndBox. On LowEndTalk, this was less so since anyone could post an offer, but some games were played with sink settings, etc. Second, there was a variety of really sketchy hosts in this period, most notably GreenValueHost, who was noted for posting incredible offers and bold promises that couldn’t be fulfilled. GVH eventually closed after a buyout was negotiated and the company acquiring them also failed. The GVH owner later went to prison for an unrelated fraud.

But more than anything, the ColoCrossing years were the malaise era, in which the sites were not given much TLC. Tickets languished, features broke and weren’t fixed, and moderation standards were low.

In 2018, Deluxe acquired ColoCrossing and soon after decided they no longer wanted to be in the web content business. Jon Biloh (@jbiloh), a ColoCrossing executive, purchased the LowEndBox and LowEndTalk properties and set out to reinvigorate them as an independent owner. Over the last couple years, there’s been a ton of effort poured into the LowEnd community, with fresh content of many forms, cleanup of bugs and tickets, and the launching of this YouTube channel.

So that’s the LowEnd community. But what about the man who started it all 13 years ago? Who was LowEndAdmin? The surprising answer is…no one knows. Chief probably knows because I believe he paid money for the forum and presumably sent money somewhere, but Chief has long since departed as well.

In the early days, LowEndBox was LEA’s journey through the wilds of the hosting world. He’d go find cheap servers and try them out and post his results. The site really was his diary of hosting experiments, and he was a true pioneer. The very term “low end box” was his invention.

I would truly love to interview LEA. Does he still read the site? What does he think of the hosting industry? Does he still play around with virtual machines? LowEndAdmin, if you’re out there, please contact us as we’d love to hear from you. We’d be glad to continue to keep you anonymous but as the man who started our community, you are a semi-mythical figure and we’d love to know whatever became of you.